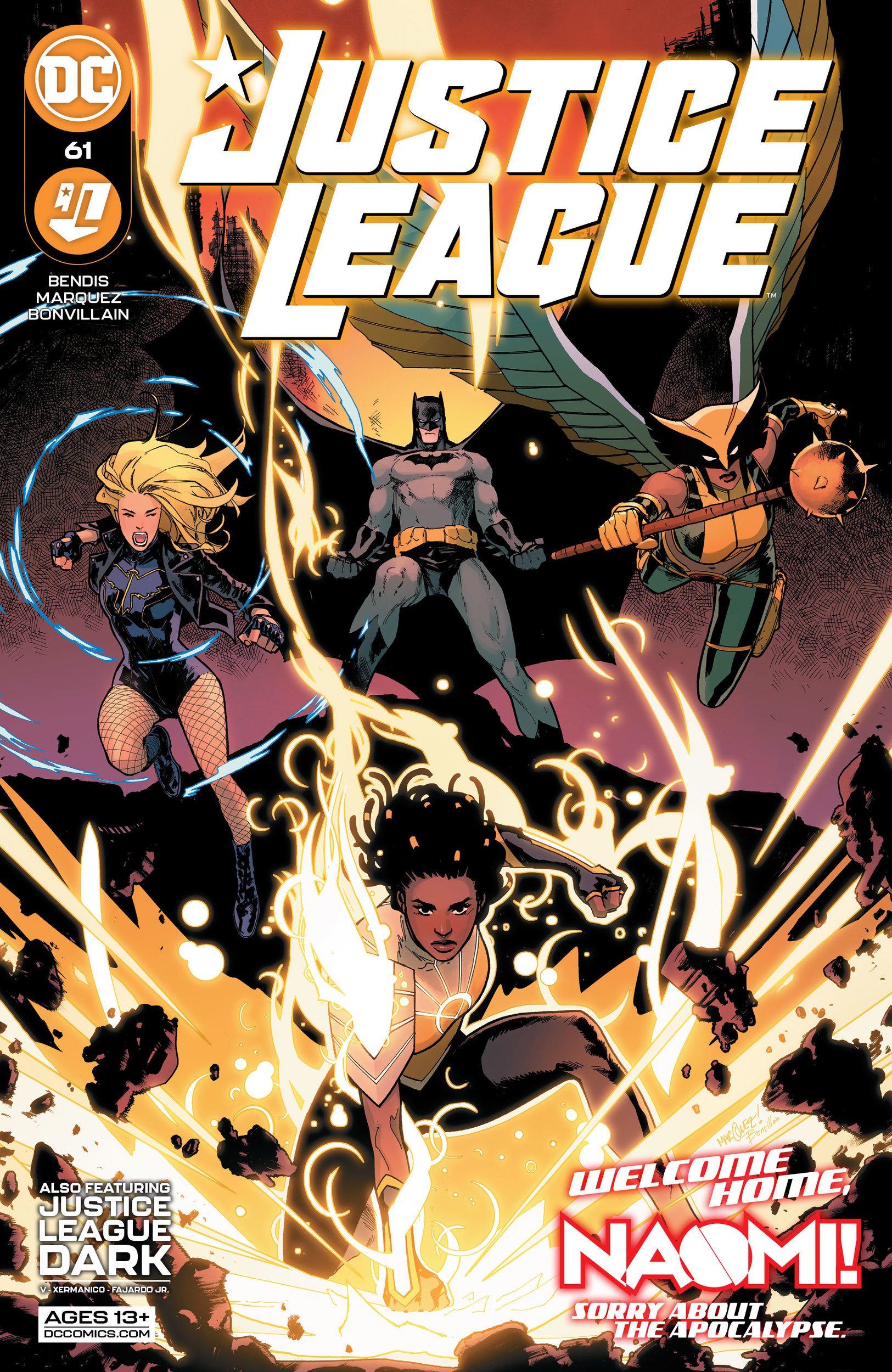 This is Naomi’s world. We’re just reading it.

In Justice League #61, we successfully traveled to Naomi’s homeworld in search of Brutus. But things are off. Everyone’s powers are going haywire, Hawkgirl feels tipsy, and this world stinks. Literally. It smells bad.

We got a lot of backstory about Naomi’s planet, and how the power dynamic works. But there’s still so much that we don’t know. As for now though, it seems clear that the inhabitants of the world are looking for a new home after the destruction of theirs. And they have their sights set on Earth, but our pesky superheroes keep getting in the way.

Justice League #61 cemented that this is a Naomi McDuffie book. At least for the time being. She owned all the agency even if her powers were on the fritz like everyone else’s. Seeing her interact with these characters is still so cool. She’s had such a major glow up (pun intended) in a short time. And getting to explore her backstory in a flagship book like this can only guarantee that it’s going to bring some new eyes to this character that will hopefully follow her when she goes back to her solo series at some point.

In the meantime, it’s great seeing Bendis tackle her story through this lens. Instead of plucking Naomi and putting her in the Justice League’s world, it’s the other way around. And she’s the one who has the power to help, whether she realizes it or not. Yeah, it’s probably a marketing thing. I won’t try and act like I can’t see that. But at least it’s a marketing tactic with a Black woman at the forefront. I won’t complain about that.

Another thing I liked about this issue is that it gave us an unexpected, yet wholesome moment between Naomi and Batman that yields some surprising things about the Caped Crusader that you might not have known.

In the Justice League Dark short at the end of the book, our magical heroes fight literature (literally) in a possessed library.