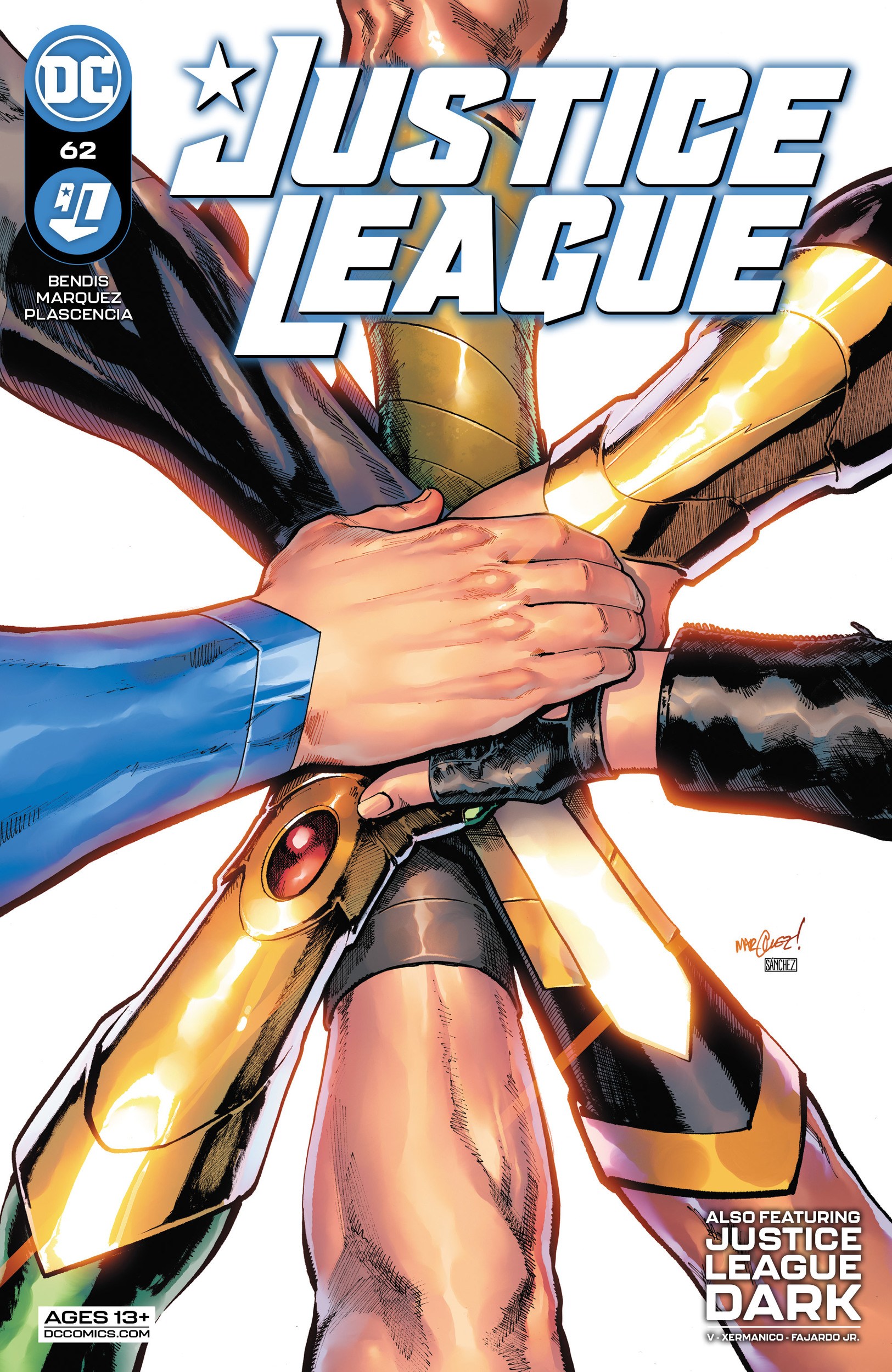 In Justice League #62, our favorite heroes continue to get their asses beat like a washed-up fighter meeting Jake Paul in the ring.

Seriously, I know their powers are out of whack right now, but the Justice League has no hands. Superman? A wet noodle. Batman? Ineffective. Black Adam? More like Whack Adam. The only one whose powers went up a few notches instead of down were Black Canary’s. But she can only do so much.

Well, it turns out, when the Flash sent the Justice League through the portal, his math was off by just a bit, and that’s why the Justice League is feeling the way that they’re feeling. He’s gonna have to get to them quick before they end up like Nate Robinson was his first time boxing professionally.

Justice League #62, and the story as a whole, has an emotional center that focuses on Hippolyta. She’s dealing with the loss of Wonder Woman, venturing into Man’s world to figure out why Diana loved this place so much and put so much of her life on the line for it. This is the second time we’ve seen Hippolyta pop up in this series. I hope she winds up joining the team. She’s got the needed Amazonian power set, and she adds a level of kindness and wisdom to the team that’s missing right now. Plus, her costume is white and purple. I need more of that.

The art from Justice League #62 really delivered on the action. The book ends on a six page back to back to back double page splash where the Justice League’s ass beating is illustrated in some incredible scenery. It sucks to say it was fun to see them getting beat up with these beautiful visuals.

In the bonus Justice League Dark story, the JLD are learning fast that you can’t fight literature with measly weapons. You gotta get down and dirty with the magic.

8 Multiversal Math Problems out of 10