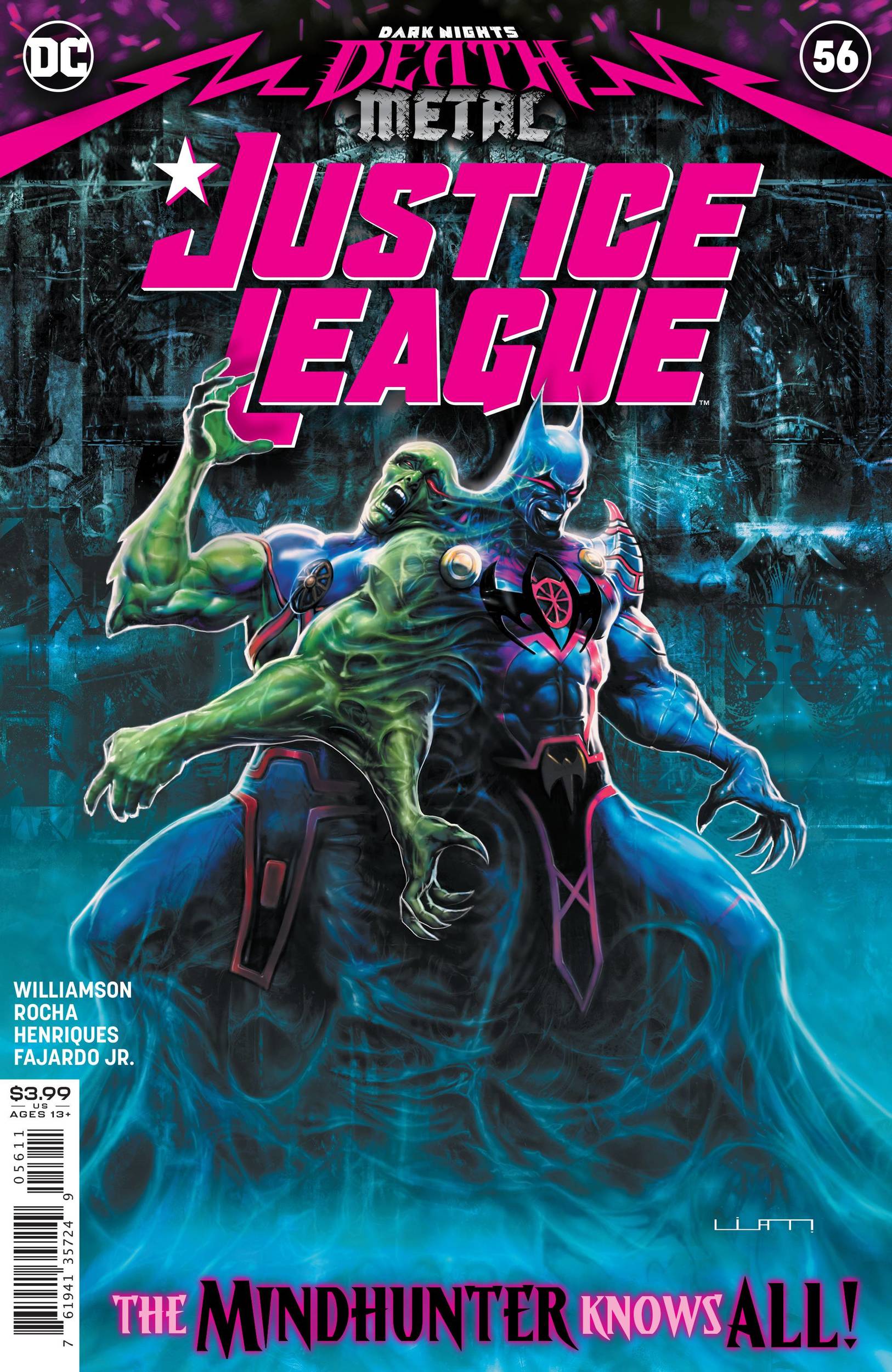 First of all, just look at that cover for a minute. The grotesque scene with Manhunter and Mindhunter is one thing. But that pink is poppin’ and my eyes are loving it. Shoutout to Liam Sharp.

Now onto the review. Justice League: Death Metal #56 was heavy with the Hawkgirl and Manhunter love and I’m here for it!

The team is mounting up to take down the Omega Knight, a hybrid Celestial Batman who guards the castle that holds the Legion of Doom. The powers of the Legion of Doom are the key to taking down Perpetua once and for all. But they’ve gotta get through the Mindhunter first. And rescue J’onn J’onnz from his mental grasp.

The team is spilt up, and Hawkgirl is the one who winds up going toe to toe, or brain to brain, with the Mindhunter.

I appreciated how Tynion leaned on Hawkgirl during this issue. Her presence during this entire run that Scott Snyder has orchestrated has been one of my favorite parts. So, it’s been great to see her in the driver’s seat again.

And her relationship with Martian Manhunter is a great ongoing storyline that feeds back into her wants and needs. It’s really been the most consistent emotional core of this entire story, dating back to Scott Snyder’s Justice League #1 and jumping in and around all of the tie-ins. It reinforces why she’s going as hard as she is in every battle. She’s letting that N’th metal fly, and I’m cheering with every connected hit.

This was a fight heavy issue, but Rocha held his own through each panel and page. I was super engaged during every scene whether it was Detective Chimp riding an invisible horse or Hawkgirl swinging a flaming mace. Rocha delivered on all accounts.

Justice League: Death Metal #56 gave us a battle of the wits and fists with Hawkgirl and Mindhunter fight for the fate of J’onn J’onnz.