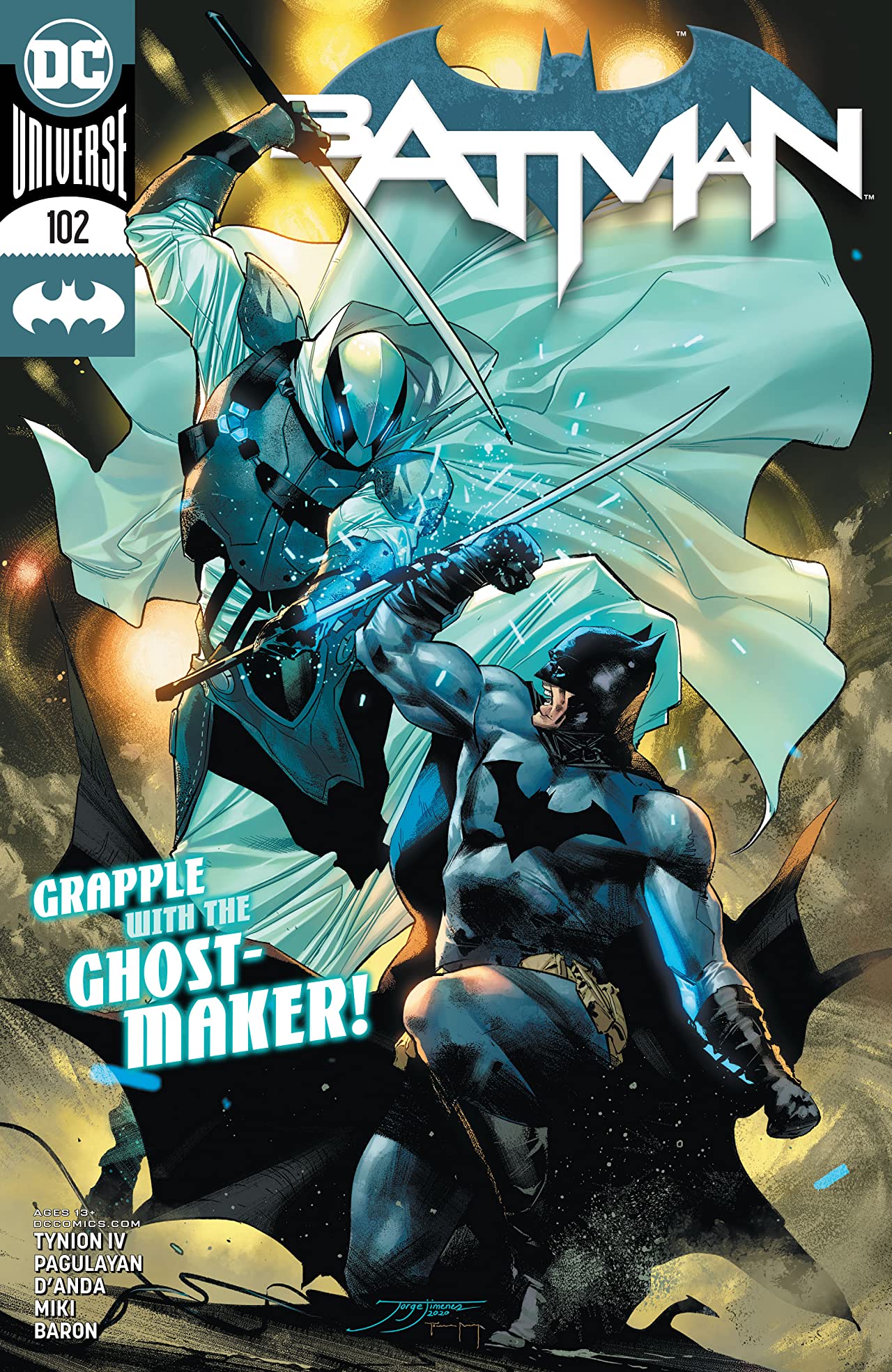 Batman #102 sets us firmly into a new Gotham. As a Batman reader, this was a refreshing issue as it focused on two newer characters and their place within the Batman canon: Ghost-Maker and Clown Hunter.

Clown Hunter, as we already know, is a teenager who is killing clowns that are affiliated with the Joker. Many are turning a blind eye to his crusade because they also want the clowns gone.

Ghost-Maker is brand new, at least for us. We don’t know everything about the mysterious tech-based vigilante yet, but we do know that he and Bruce have an intertwined past dating back to when Bruce was traveling the world to learn the things that would eventually culminate in him becoming Batman.

Ghost-Maker seems to be every bit his equal, but he’s willing and able to go the extra mile that Batman won’t. That means taking lives.

And that’s where the conflict of this issue lies. Ghost-Maker wants to kill Clown Hunter, and Batman won’t let him do it.

Back in Batman #101, Bruce vowed to change up how he protects this city. Even he admitted to how his rigid form of crime-fighting led the city to the state it’s currently in. And Ghost-Maker is immediately challenging that. You love to see it.

He’s doing it in style too. Ghost-Maker’s design is dope. My guy got the dual blades and a sleek helmet. But probably my favorite part of his look is that his primary color is white.

The classic trope in hero stories is that the hero dresses in light colors and the villain dresses in dark colors. But this challenges that notion. Or does it? Are Tynion and Pagulayan trying to give a subtle nod to the idea that Batman is the villain, at least from a certain perspective? I don’t think it’s that much of a reach to say that.

Batman #102 pits Batman against Ghost-Maker, a new villain that Bruce has a shared past with.