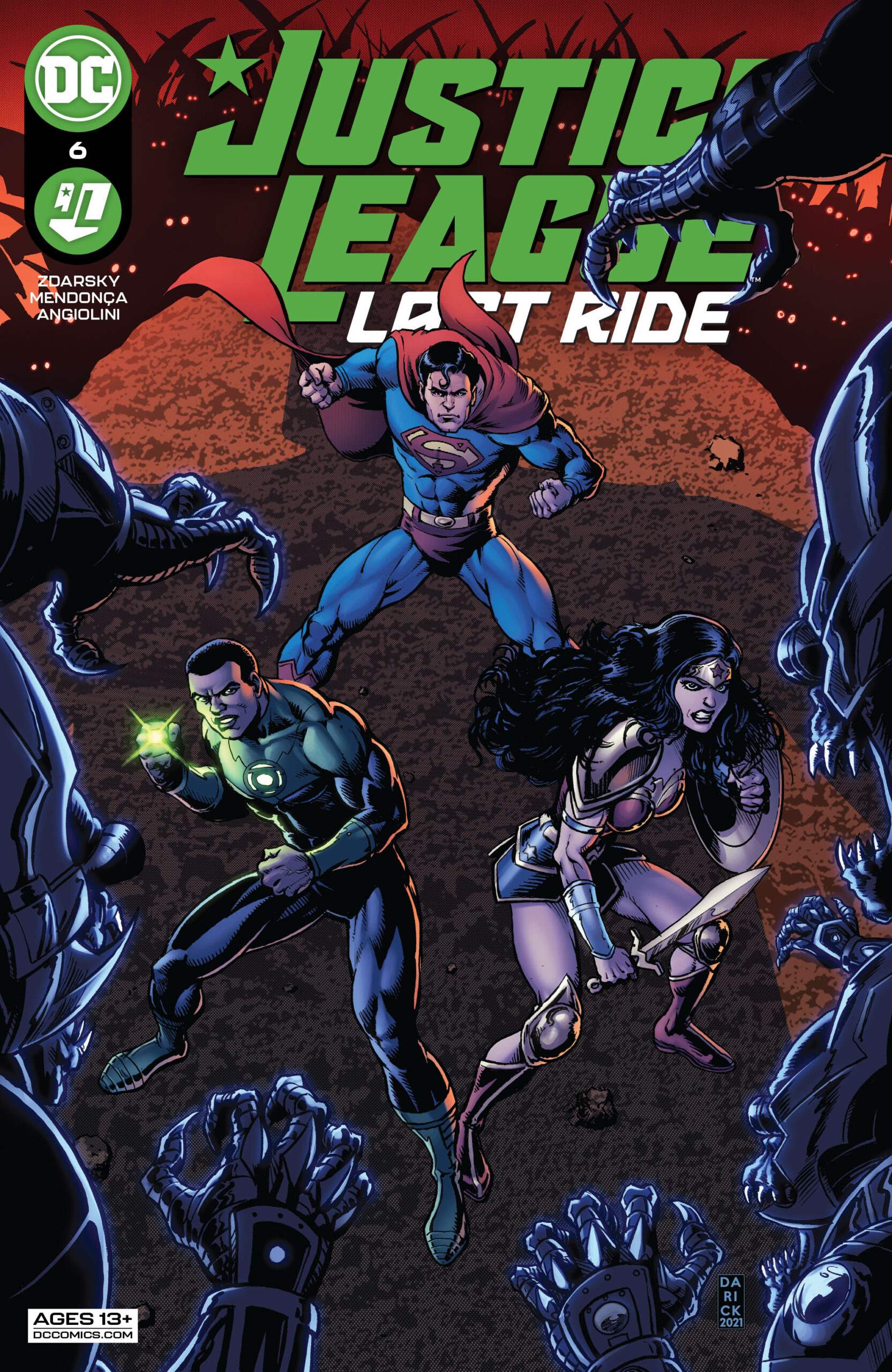 Before reading this series, I never thought I’d see Darkseid as a Green Lantern. But here we are. And unsurprisingly, it works. Darkseid doesn’t need to overcome fear. He’s fear itself.

It never even crossed my mind that this could happen. I mean, it’s kind of built into the whole Green Lantern mythos that it couldn’t, but that’s what makes a series like this that’s out of continuity so great. We can swing for the fences with situations like these and not have to worry about the ramifications. In my opinion, it works really well.

In this issue, Darkseid’s big bad plan was revealed, and honestly, I don’t hate it. In the events of last issue, we learned that Darkseid effectively killed Oa by destroying the central power battery. Now we know why: with the power of the entire Green Lantern Corps, my guy wants to siphon all that energy into jumpstarting a dead Apokolips back to life.

That idea is so absolutely wild that I can’t help but root for the man. Sorry, Justice League, but I’m with him now.

Darkseid is one of those villains that you love because he’s such an immovable force, and Zdarsky really understands that. There’s a panel in this issue where Darkseid is floating in space, with the green glow of a lantern, and a rebirthed Apokolips behind him, and I couldn’t help but drop my jaw. I do not see how the Justice League can stop this guy.

So much of that is contingent on Mendonça’s art. Dude captures the stakes in such a way that you’re almost distracted by the conflict because of how beautiful it is. There are some moments in this issue, like the one I depicted earlier, that I’d be happy to see hanging on a wall in my house. It’s that good that it can stand alone, without context, and you still understand what’s happening in front of you.

I have no idea how this series plans to wrap up, but I’m here for the ride.