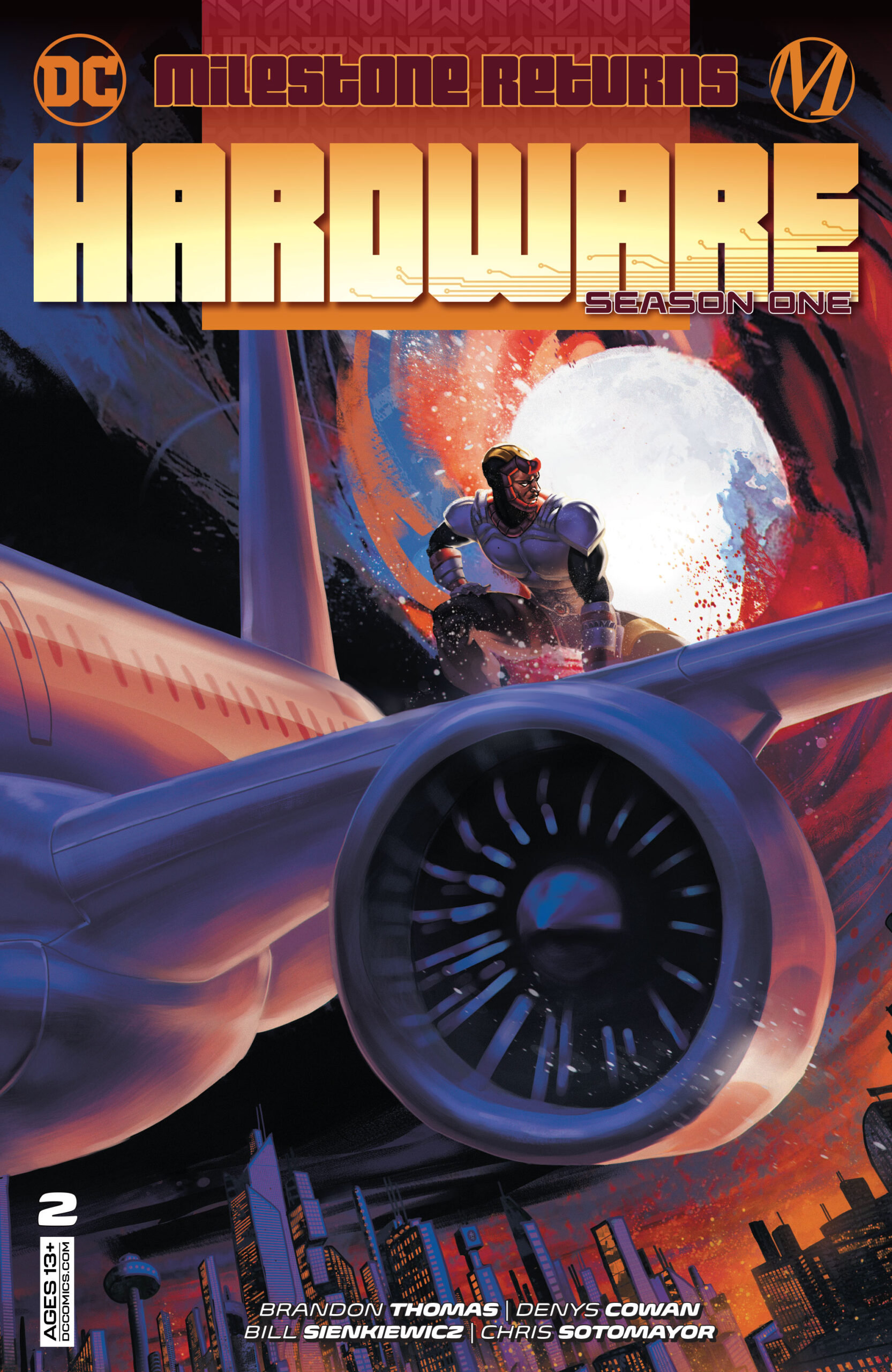 Hardware is turning out to be an action thriller, and I truly love that for this book.

After the first issue when it was revealed that Alva was going to frame Metcalf for the Big Bang, I should have known that this wasn’t going to be something that was swept under the rug.

In Hardware Season One: #2, Thomas doubles down on taking away everything Metalf loves in order for him to have to muster up the strength to fight for what’s right.

He’s already lost his job and his life. But now he’s lost the woman he loves to the feds who are implicating her in the falsehoods associated with the Big Bang. Things are slowly going against his favor. You want to root for him, but you don’t see a way out.

Something I really liked in Hardware Season One: #2 was a B-Story of sorts that Thomas started to tell. It features a young boy who is a fan of superheroes and witnesses the aftermath of the crash in issue one. For about 90% of the issue, we don’t know why we keep jumping back to this boy’s perspective. It serves as a nice break from Metcalf’s dire stakes, but other than that, we just don’t know.

However, that is all made clear later in the issue. The boy, named Deacon, comes crashing into the A-Story to provide Metcalf even more motivation and responsibility.

Comics are often about heroes having a bad day, and how they work through that to get to a good one. But Thomas is doing a fantastic job at giving Hardware one of the worst days that you could imagine. It makes for great reading.

I keep having to pinch myself that the legend Denys Cowan is providing the art on this book. And on one of Milestone’s original characters. His unique style is pulsing with the lifeblood of what makes Dakota such a special universe. But on top of that, his action in this book, specifically when Hardware is in the suit, is some of the best art you could ask for. The linework is immaculate.

10 Overworked Thrusters out of 10