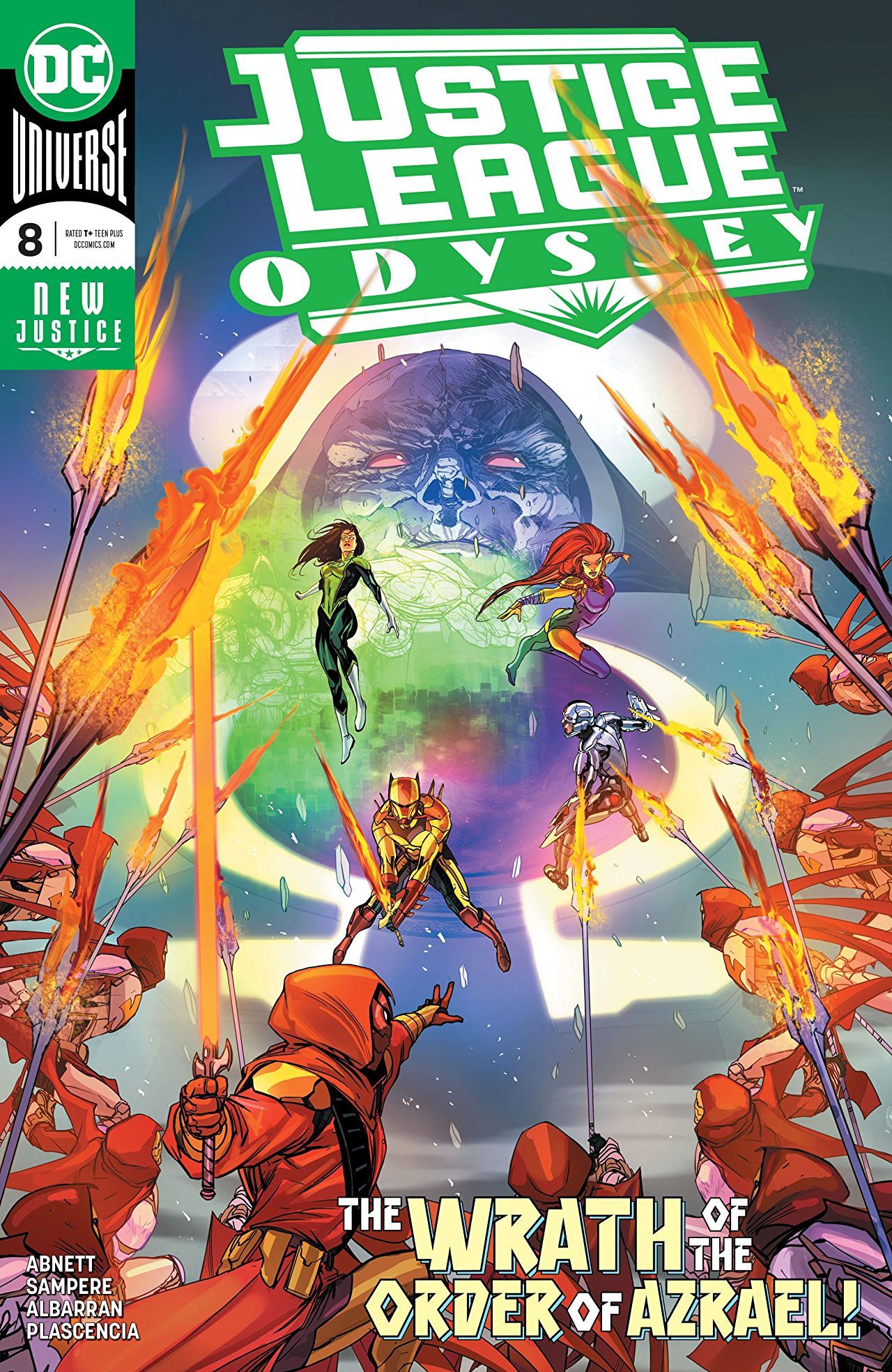 Up until this point, the secrets held by Darkseid have been seeping through the cracks little by little. But this time around, the dude opened up the floodgates and revealed everything to all of us– the team included.

This was an issue heavy with exposition, but it was exposition that we really needed. An injured Darkseid and our team gather around the campfire for some good old story time. But don’t get me wrong, it wasn’t just narration. We got some stellar art from Sampere that conveyed all the things that were revealed in a unique way. All in all, Darkseid really delivered this issue, because he didn’t really have a choice. He reveals that he used a machine called an “Other Box” to go back in time and write Cyborg, Starfire, and Azrael into the mythologies of three different planets. That’s why they’ve got worshippers who’ve been following them for centuries even though they’ve only been around like 30 years tops. And on top of that, these planets are the keys to activating something called Sepulkore which will supposedly protect countless lives from the destruction of the Source Wall. Darkseid, life’s savior?? Yeah, the team is just as surprised as you are right now. And when they display their skepticism, that’s when Darkseid really goes HAM. 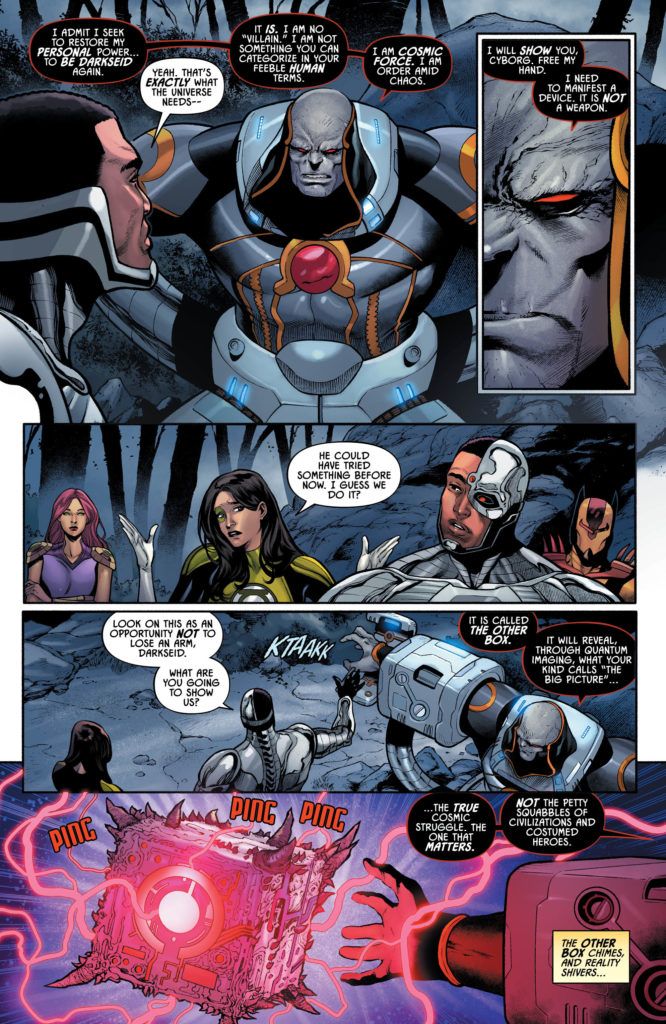 Believe it or not, he’s sick of these games. Not the ones that you’re thinking of, but the ones that seem to govern the universe, or at least the way we see it as humans. Darkseid sees himself as a cosmic force. He isn’t good or bad. As Tom King put it in his modern classic Mister Miracle series, “Darkseid is.” So it was nice to see that idea fleshed out by none other than Darkseid himself. Perspectives can be powerful things. Depending on what side you’re on, for any given reason, can determine how you view the world. As fans of superheroes, anything that stands in their way is wrong to us. Darkseid eloquently points out that in their quest for justice, the heroes have done just as much, if not more damage than he has done “wreaking havoc”. The Source Wall is broken, my guy. And that was in the name of justice. Darkseid is saying forget all of that. Some things are the way they are and that’s that. And there ain’t a damn thing you can do about it.

Darkseid teaches a freshman-level philosophy class in Justice League Odyssey #8. And your classmates are Cyborg, Starfire, and Azrael. Green Lantern Jessica Cruz is trying to add the class but it’s full right now. Make sure you don’t miss more than three days before the midterm otherwise he’ll drop you and you’ll get that nasty W on your transcripts.