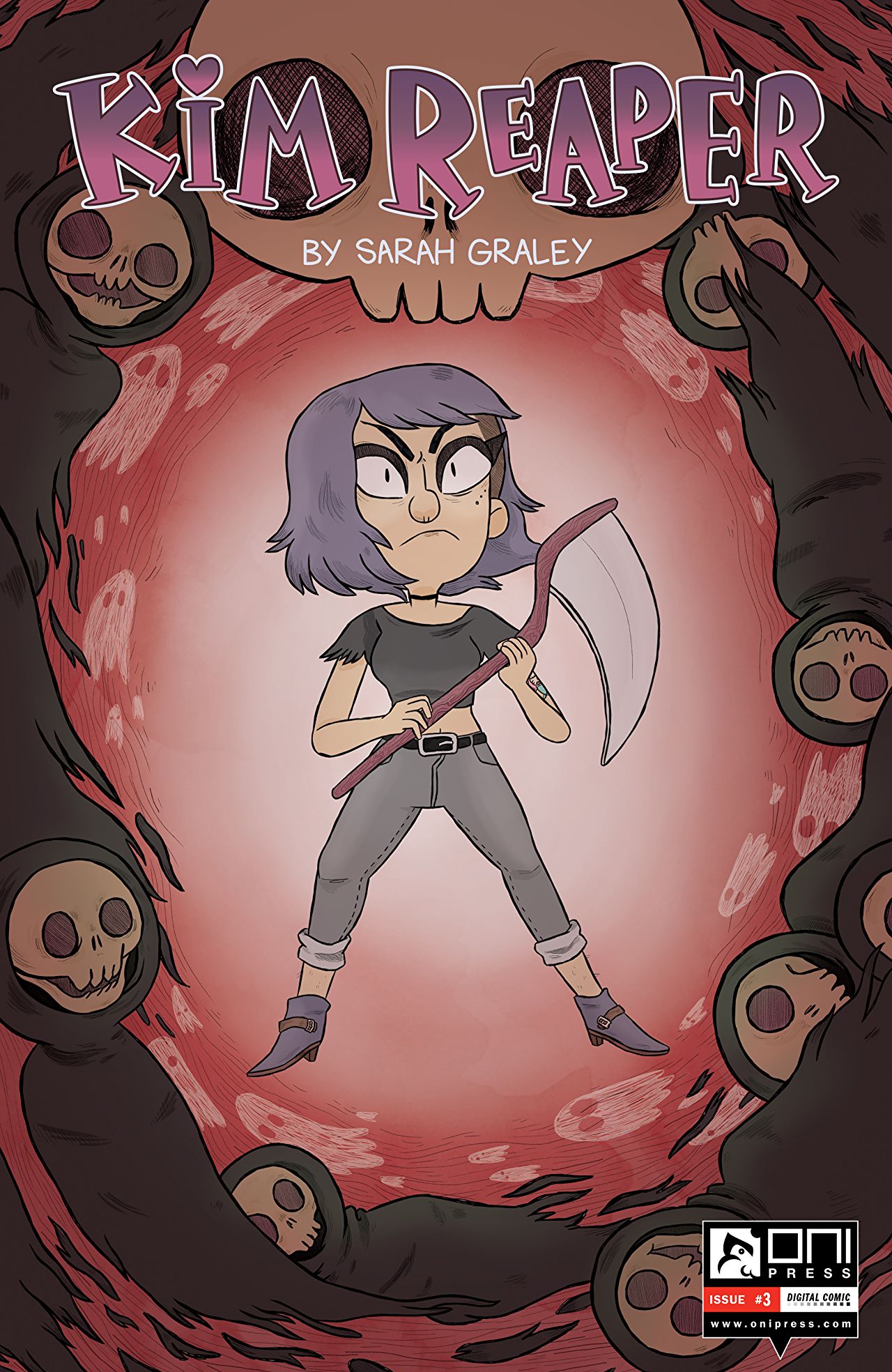 [dropcap1]L[/dropcap1]ast issue Becka and Kim had their falling out and Becka booked it home, leaving Kim to flounder. But she flounders around in self pity and disappointment over what happened with Becka not too long because she is summoned. I just knew that Kim would have some type of repercussions in the workplace because these past two issues she’s been hanging out with Becka — she ain’t got no work done — not for lack of trying though. Kim has been summoned by the official board of Grim Reapers and that meeting does not disappoint. This introduction of new characters adds richly to this plot, yet doesn’t distract the readers from who we really came out to see: Kim and Becka, of course. (DUH.)
. 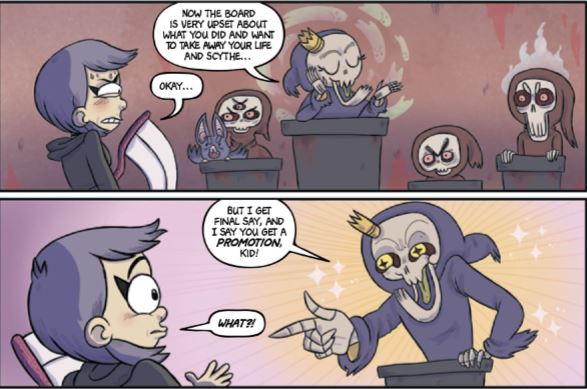 Becka is back home, miffed and stuck with the sads as she is comforted by her wonderful wingman/friend/protective beardo who is gently attempting to guide her to party-to-cheer-you-up mode. (+21 friendship points which can be converted to brownie points, yes, even those brownies) 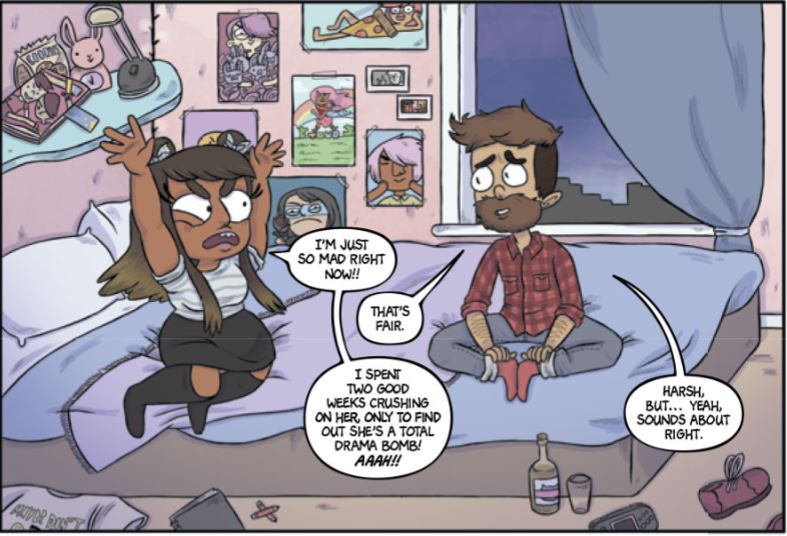 The build up in this issue is near perfect. Kim Reaper is a terrific example of how you can the have the drama bombs and the laughs, the conflict and the giggly bits. Sure, this is a light-hearted comic, folks. This isn’t the adventures of a mask-wearing glorified security guard who operates in the hours of 8PM to 2AM who happens to grunt a lot. KP doesn’t have to be to have validation. This comic stitches to serious as a heart attack to lighter junk in a heartbeat; that doesn’t make the fluff anymore less appealing or unneeded as the heavier junk and it balances itself pretty well.

On another note: Peep this this strength of Grayley’s: you do your best to predict what will greet you when you pick up a issue of this comic and she just somersaults over the fence of expectations that you were building. You don’t see what’s coming and this comic stays fresh. It stays green. Super Green. It stays hilarious and a book I stay looking forward to reading.