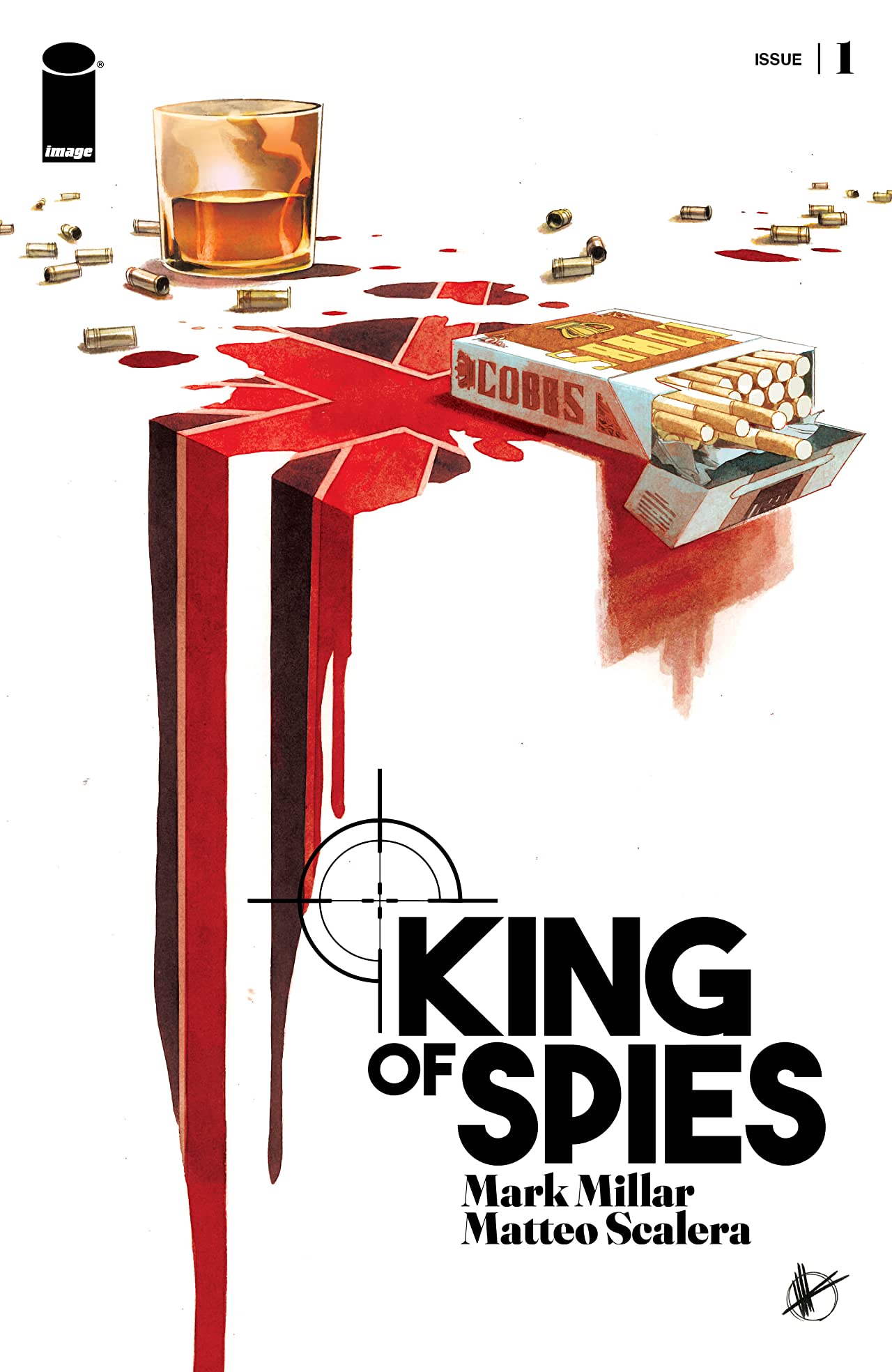 Mark Millar remains one of the prolific comic scribes of the modern era, but also one of the most divisive, hardly in the same conversations as his peers. Anyone who has read comics long enough is pretty familiar with his style. He likes to take a well-known genre and have at it with a proverbial sledgehammer, usually giving us a protagonist that’s a tough sell while also building them up to make us believe in the genre again. This is usually a hit or miss tactic. Sometimes, you end up with something heartfelt and meaningful like his work in Starlight or Huck. Other times, you end up with something excessive and chaotic like Nemesis. King of Spies #1 at least gives hope for the former.

From the first panel, it’s clear that Roland King is the greatest spy Her Majesty’s Secret Service has ever produced. The problem is that now, in his golden years, he’s looking back on his life and realizing he hasn’t been the greatest human being. He hasn’t been saving the world like you might read in an Ian Fleming novel….he’s been maintaining the status quo from the shadows. The corruption, corporate interests overriding the common good, greed….most of which he indirectly upheld over the years. And that’s not even starting on his personal life. And now….with not long left to live, he’s decided to do something about it.

Millar’s “King” seems to, on some level, represent so much of the common human populace living in the wake of the pandemic, realizing the capitalism machine has drained them dry and will move on without them. The only difference is his feeling powerless is channeled into his particular set of skills. Millar’s King of Spies #1 hits the ground running and doesn’t lose speed even in its moments of exposition. You can feel the weight of his choices pinning him down worse than old age or gravity ever could. Visually, one could easily classify this book at “best in the business” level artwork. Matteo Scalera spares no expense at any part of King of Spies #1 but truly shines during the action beats. There’s so much pomp and violence going on and yet everything is still clear and easy to follow. Anyone who has read Black Science knows Scalera really has a unique ability to keep the pages turning with a frantic pace only seen in action movies.

Bottom Line: Millar seems to have a lot to say about the world his hero lives in and the parts he contributed (or didn’t contribute) to, and it’s one of the highlights of a book that’s already off to a strong start as far as action and dialogue is concerned.

9 Daniel Craig scowls out of 10