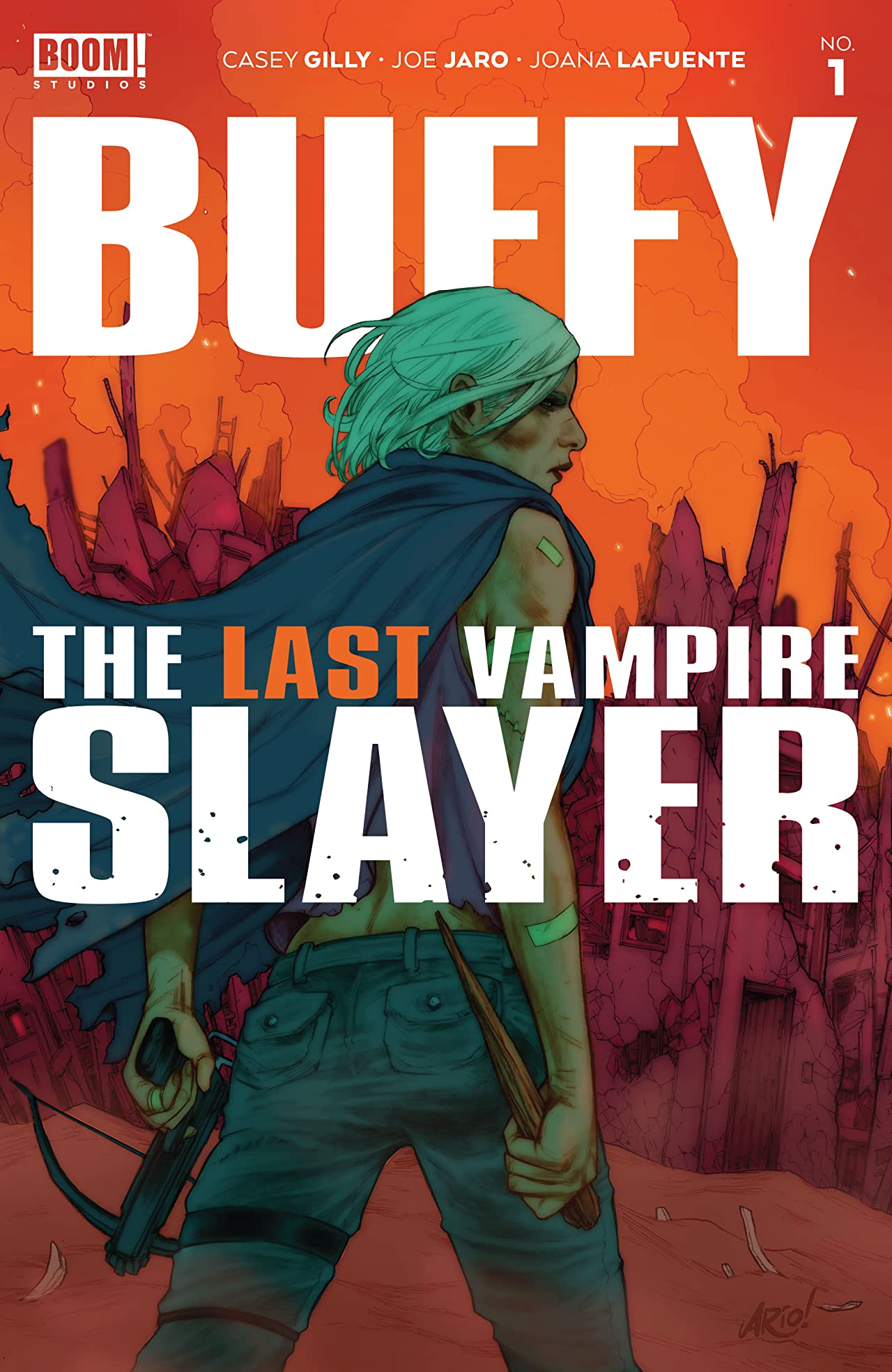 Whether you subconsciously call it an “elseworld” or “what if…” story, the fact remains that alternative reality stories remain a fantastic avenue to explore different facets of a character and world that you wouldn’t normally be able to. For a franchise like Buffy, with the original movie, the original series, the comic continuation, and the other comic continuation, there have been many “canonical” versions of the beloved characters. For the most part, they all follow the same general premise of a teenager slayer in Sunnydale. Buffy the Last Vampire Slayer promises to be a much more significant departure, as even the front matter is upfront that this is an alternate universe in the not-so-distant future.

Right off the jump, the simple paper-doll iconography of vampires holding hands with humans sets a sinister darker tone that is immediately validated by an aged, grizzled Buffy in London, England. Jaro’s artwork perfectly captures the original spirit of the franchise, and Lafuente’s colors pop off the page. In conjunction, they mange to capture the darker tone of the series. Buffy is still a slayer…but one worse for ware and unwanted by society.

Gilly sets the parameters of the alternate reality quickly and efficiently. This manages to effectively leverage our deep familiarity of the characters, so that we have a baseline understanding of the events that happened during the interstitial time while getting to spend most of the time with the old slayer Buffy. Truly, the most impressive feat is that Gilly is able to capture the very specific cadence and vocabulary of Buffy and the rest of the cast. I’m able to perfectly hear the original actors’ voices (aided by the fact that Jaro really captured their likeliness). It ends up feeling like a natural extension.

As we follow Buffy around, we get more glimpses into how this world has deviated from the familiar timeline; having vampires “co-exist” with humans is definitely a very novel approach for the universe and makes for a compelling narrative and a strong foundation for the sandbox. The pacing oscillated between very quick and oddly slow at the beginning, but by the backhalf, there was a good rhythm, and the first issue plot-twist at the end had my head spinning at the possibilities.

If you’re a fan of the franchise, you owe it to yourself to read Buffy the Last Vampire Slayer. It’s a brilliant take on the character, and I’ll be on the ride for the rest of the mini-series.