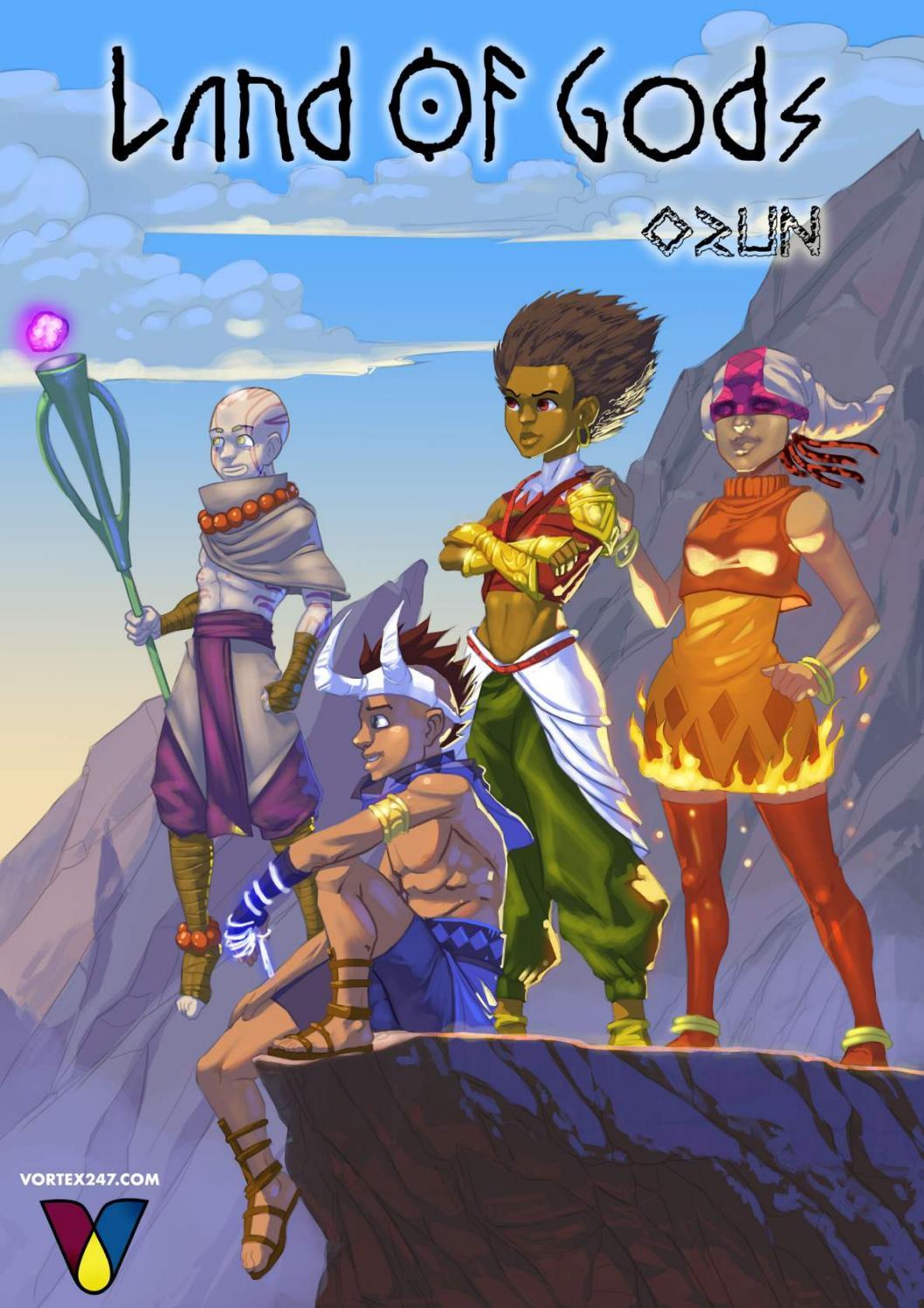 I’ve got a number of fun jobs here at BlackNerdProblems. Chief among them is I get the call first when something new comes into the inbox. So, I’m lucky enough to have read the first two issues of Land of Gods: Orun.

Through the Mirror and Beyond

The opening is straight-forward: Thirteen-year-old Khashiya Bello, Nigerian American, goes to visit her grandmother in Ogun State, Nigeria, just north of Lagos. She steps through a magical mirror into a world of gods and other creatures to find that she is destined to save humanity. You know, like you do. It is interesting that the “going to Grandma’s boring house in the country for the summer then something magical happens” set up continues to engage and entertain. It is a cultural memory for so many people.

Every page of Land of Gods is brightly and tightly digitally animated, with a focus on faces and action. The backgrounds are mostly flat except when the wide-panel shots really matter. Our hero Khashiya is sharp and eye catching throughout, whether in her t-shirt and jean shorts or in her magically transformed red, white, and green outfit.

As straightforward as this opening is, it is still told through the fresh eyes of Khashiya as she’s dragged on the visit by her well-meaning parents. Issue #2 gets into the goings-on in this magical, and dangerous country, Orun. Khashiya is joined by a fuzzy animal protector, Snowball, and meets a shape-shifting prince.

Different from other Nigerian comics you may have heard of, like E.X.O. (YouNeek Studios) , or Ireti (Comic Republic), Land of Gods is squarely aimed at teen girls. This is Black Girl Magic perfect for younger and older readers alike. You can subscribe to the digital comic for about $3 American Dollars per month on their website: www.vortex247.com.

Land of Gods isn’t Vortex Corp’s first comic. Vortex is also the group behind Strike Guard and June XII. Creator and founder Somto Ajuluchukwu, is based in Accra and Lagos, working with Janica Barnett, co-creator and editor, based in Brooklyn, NewYork. Voted Studio of the Year at Lagos Comic Con in 2016, Vortex is a truly international affair. They’re looking to branch out across all different media in the coming months. We hope to have more news as it happens, so stay tuned.