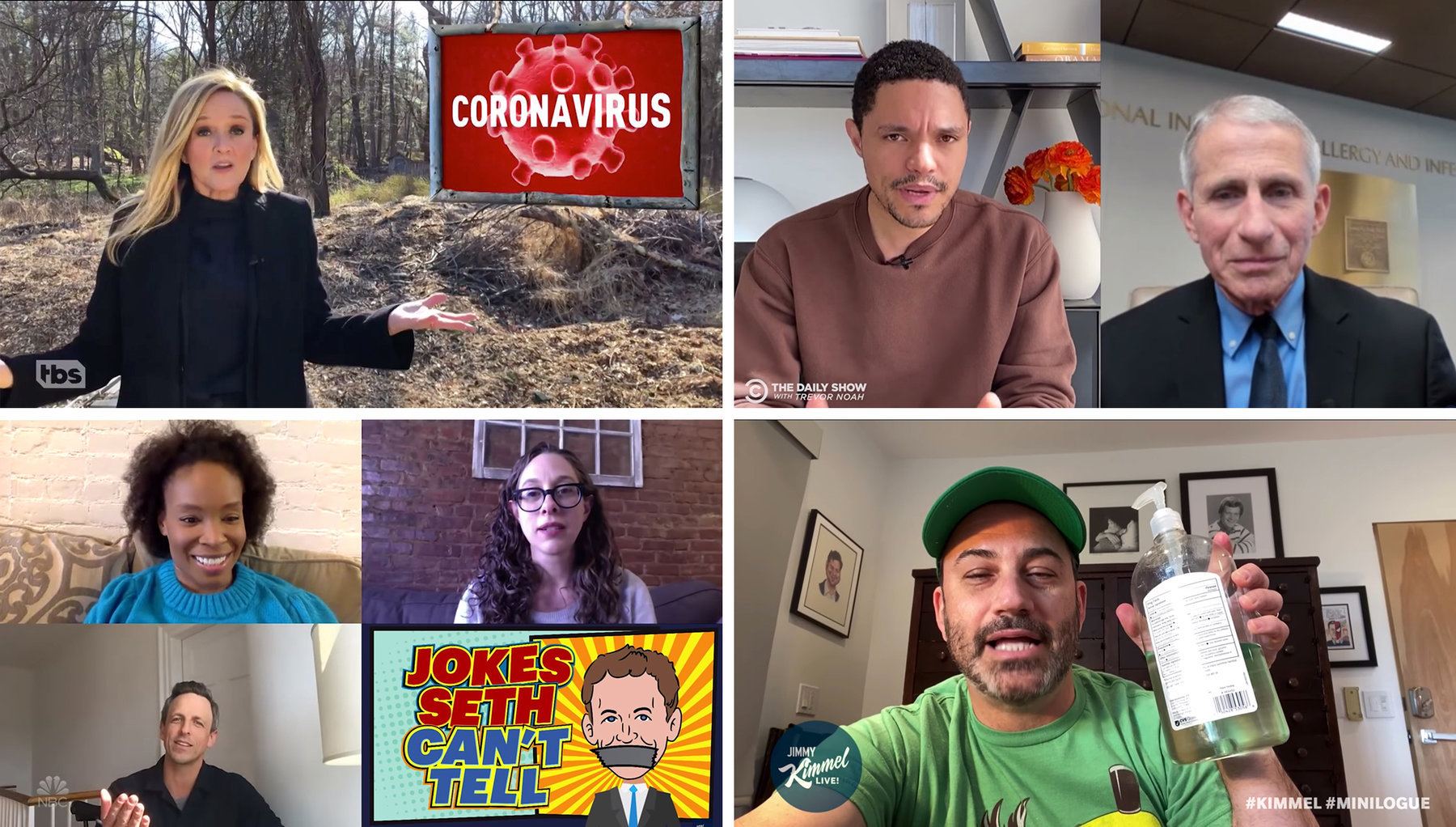 If everything goes well, the next few years should be going “relatively smooth.” By “smooth” I mean, it’s like a refreshing lemon zest in the most bitter stew you ever tasted. Recognizably bitter, but now with a cleaner palette. I know these last few years has felt disruptive to say the least. Every day a brand-new headline. It almost feels like we’re being fed trauma through a generator. Late night tv hosts took it upon themselves to provide political commentary as the fire burned. People questioned if hosts will be able to handle the switch back into “ease.” It is ironic to assume that the disappearance of one white supremacist will all of a sudden return the peace. Comedy continues whether there is a white supremacist to satirize or not.

It is important to understand that late night tv did not always involve political arguments and breakdowns. Though, this has become my favorite part of late night, there is so much work to be done beyond traumatizing headlines about the same thing but a different day. Shows in the past like Patriot Act with Hasan Minhaj and The Rundown with Robin Thede spoke on subjects that didn’t necessarily connect to current headlines but still affect us today. The Rundown spoke about Afro-futurism and the racist backgrounds of sensors: i.e. the reason why the automatic hand sink in the bathroom took even longer to detect you if you were white vs. if you were Black or a POC. These issues still exist, and it doesn’t magically disappear with a new administration.

Comedy has various purposes. Often, it is used as relief. It can be used to empathize or even used to help dissect thoughts and ideas. It is not surprising to hosts that one-day Trump will be gone. Most hosts wish he had never happened. Many people assume that these last four years were “good for comedy,” but what is that sacrifice when others are in danger. It is not empathetic to put in the forefront that this “trauma was good for comedy.” A better comment would be that these creatives were gracious enough to produce something in the midst of our bleakness.

There are many lives that came at the expense of this problem that we all had to endure. Yes, this happened. Yes, we can address this, but at the same time allow the breath in between. Allow the sigh of relief to exist so we can heal as a public. The people who write these jokes for our entertainment went through everything just like we did, and they deserve their breath too.

News media is not the only one who needs to break away from talking about the previous administration. There is this consistent state of panic that’s naturally marketed in news media that inevitably gives certain people platforms that they don’t need. Late night can fall into the same category if it is not careful.

As important as it is to talk about the problems around us, folks have become so comfortable in the trauma marketing we don’t truly have time to “relax” and make simple jokes. A smile cracked on my face when I saw this New York Times article about Joe Biden’s Peloton. In a weird way, it felt like a return to “normalcy.” Almost like a trinket from the universe that America (though still racist, and problematic in its layers) is allowing a budding of grass after the fire.

But, how can we address political values without depending on current trauma to drive our content intake? It’s important to focus on the world around us. If we have a focal point such as “racism,” how do we branch out this focal point in different ways? Posing questions and giving odd or obvious answers is what makes comedy so unique. We can bring in current events and not make it the focal point, because the problems we’re seeing are just reoccurring metaphors. I strongly believe if we truly want to be revolutionary in our craft it begins with stripping its layers.

We can still address the elephants in the room, but in the same breath we have the recognize the mammoths. What occurred that made these mammoths evolve? Because racism, sexism, homophobia, ableism, etc. never truly “went away” or “came back,” rather it took on a different face. That’s how we should approach our media, or at least for this conversation specifically late night. How will late night evolve into a different space, especially after we just experienced all of this together?