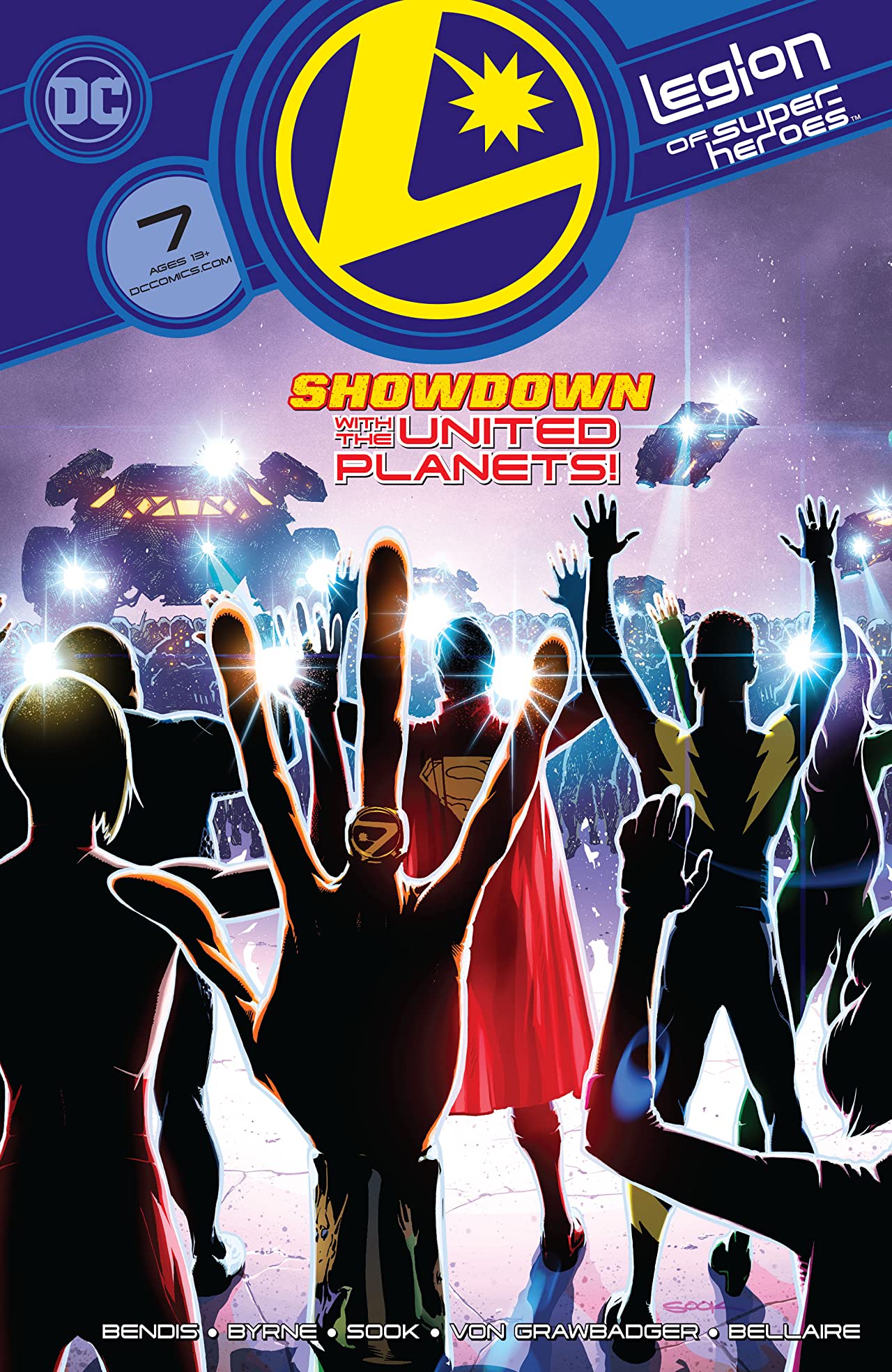 If there’s one thing you can say about Brian Michael Bendis, it’s that the man really knows how to pack every inch of a book from inch to inch with material. I would love to see his scripts. And when it comes to Legion of Super-Heroes, the rest of the creative team is drinking the same super-soldier serum that Bendis drinks because every issue of this series is filled from corner to corner with fantastic work.

That’s never been most prevalent than in issue #7.

In this issue, the Legion of Super-Heroes is dealing with a problem: Leadership. Cosmic Boy and Saturn Girl argue with each other about the Legion’s de facto leader Brainiac 5. Up until this point, Brainiac has assumed top command simply because he’s smarter than everyone else. But the leadership is really like a council between Saturn Girl, Cosmic Boy, and Brainiac 5. Cosmic Boy was chosen by the United Planets to lead, so he feels like if the responsibility falls on one person, it should be him.

This is already a pretty stressful thing to navigate, but when you take into consideration that these are teens, super-powered teens at that, then the drama is amplified to another level.

This is where Bendis shines. He does well with snarky dialogue and scenes filled with drama. What I like about what he did in this issue in particular is that he chose to have a hearing between the Legionnaires so that they could vote on a new leader. And he did it by packing them all in one giant hall where they could all speak at once and get their points across. Pages like these can often feel daunting as there’s just so much to get through, but Bendis pays us back by adding some fun bits of dialogue in the background that don’t matter to the narrative but serve to enrich the scene.

Byrne, Sook, and Grawbadger take on the monumental task of bringing this Legion to life, and I think they do a really good job. Like I said, these pages are packed to the brim with material, and the sheer amount of double page spreads we get in this issue alone is evidence of that.

Spreads are really fun for me as it allows the creative team to break the conventions of a single page and really swing for the fences with the design, so seeing the amount of them that we continually get in this series makes me really happy. And on top of that, Bellaire really impresses on the colors, adding some vibrancy and validity to the 31st century.

I’m also really impressed with the lettering of this book. But issue #7 specifically, Dave Sharpe is doing everything necessary to make each and every Legionnaire feel unique. From different fonts to varied bubble colors, and shapes, you always know when a different person is talking just by the way their dialogue looks. Lettering is an art form that often goes unnoticed, but I want to make sure I highlight the fantastic work being done on this book. It always stands out for me.

Legion of Super-Heroes #7 packs it’s pages with a moment for the Legion to regroup, and they spend that time figuring out who should be their new leader.