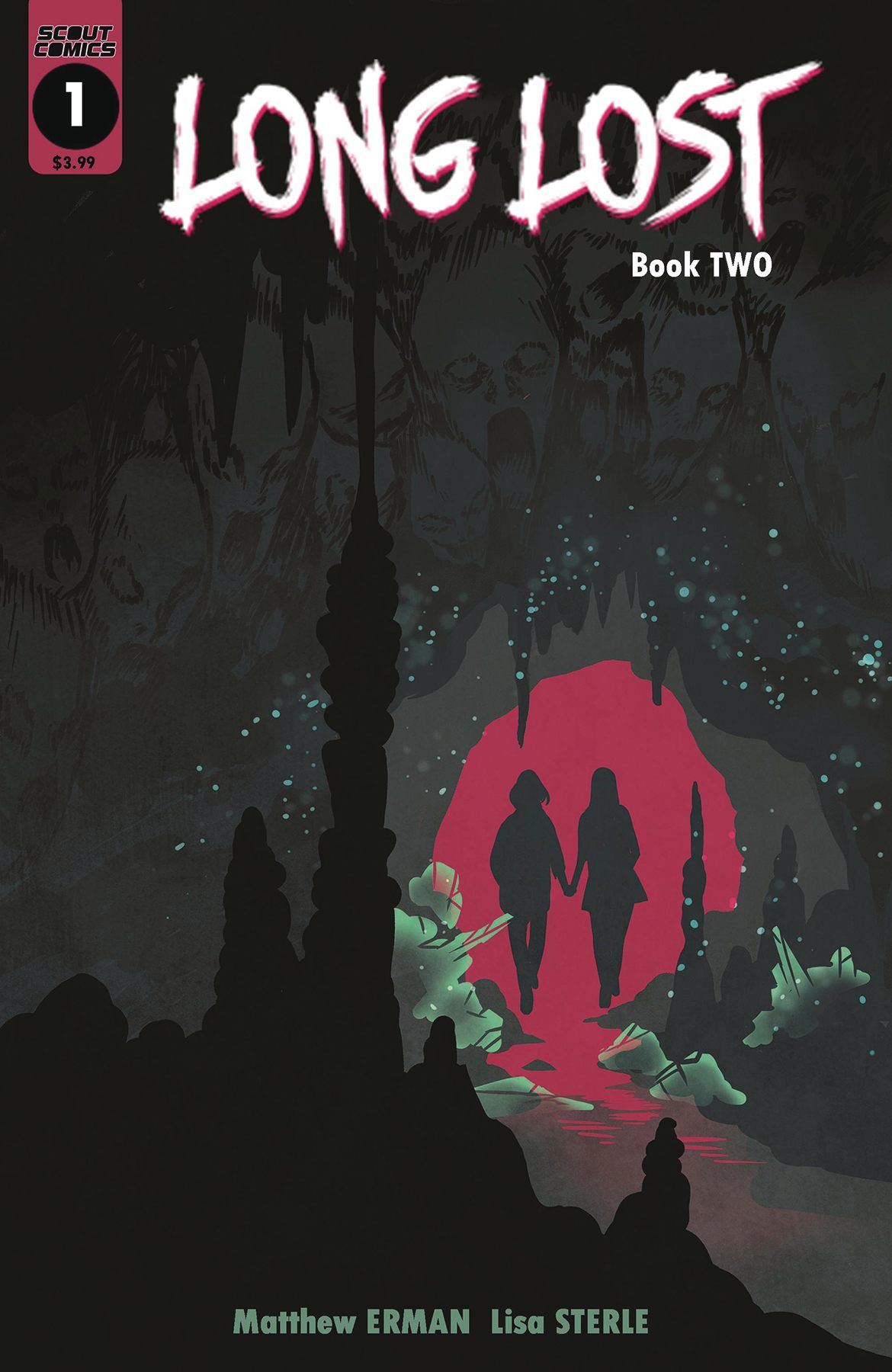 Dearly beloved, we have come here today to get through how this comic made me react. Here’s a nifty scale featuring some of my favorite reactions from the internet:

What we know is that Piper and Francis have returned home, there have been some major drama bombs dropped, there was also a blast from the past and now…they are lost in some dark, dank, unknown place. Things are as bad as they’ve ever been, fam.

The sisters literally fall into this new place. At least, they are together but that is the only positive of all of this. The first page does a fine job recapping the events so far in four simple word bubbles that don’t overwhelm me as a reader and also fit in well with the layout of the page which features mostly Piper. As the girls try to establish where they are, they are subjected to a new horror, and that just builds to the internal-scream-song-that-I-had-going-on the more pages I turned going forward.

Jumping back into the thick of things, artist Sterle gives us her trademark art style here decked out in the very fitting gray scale like color scheme that adds to the atmosphere and add to the darkness that is, itself, a character in this story as well. This works fabulously this issue especially when the girls meet…the beast and there is just that touch of color illuminating just what needs to be. There are a lot lot of creepy things that Sterle illustrates for this issue and this chapter in the series that will make you loop your scream song.

Writer Erman keeps successfully building the tension like I know him to, where I’m a bit terrified to turn the next page yet it is always such a smooth ride there. It’s mounting little by little. It’s not all gore and games though. As always, I love the little banter between Piper and Frances in the scene where Piper (fails) to tell a story to keep her sister’s mind off their surrounding (like seriously, screaming over here) as they walk arm in arm in the cave. There’s so much going on: a chase, a choice, a pseudo rescue, and a whole lot of violence to tide you over till next issue…but wait! The biggest plot twist that left my mind blown can’t even be just one event: both Piper and Francis come to a startling revelation that left me blown away. This was a hell of a drop back into the mystery that is Long Lost.

This issue is, hands down, the most insane issue of Long Lost to date. You will not be disappointed. Revelations. New Questions. Sets the tone for the final six issues in a huge way.

Do not miss the return. pic.twitter.com/W5lfzrf68x