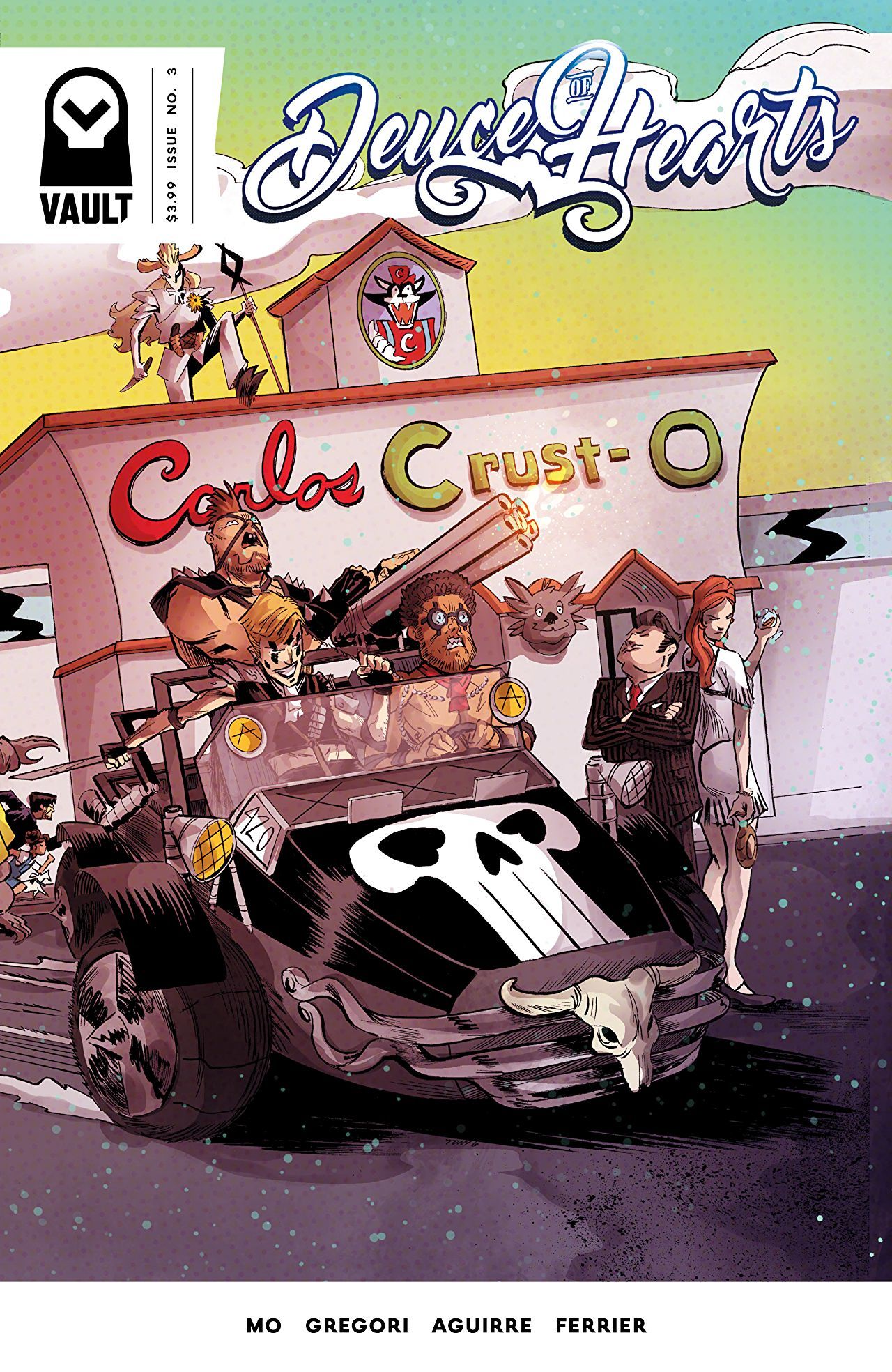 What keeps me coming back for more of this comics is the wackiness. This narrative is just steeped in weird and witty one liners. Also, there is a dog. And a little girl who keeps one upping the adult in the equation in the maturity category.

Sophie and Sullivan are a team that’s struggling and their venture to this Chucky Cheese like family establishment wrecks havoc on their budding relationship as newly introduced absentee father and daughter. Sophie is disappointed in Sulivan’s approach in life to anything (cutting corners) when he attempts to do something to please her–which leads her to run off. His chase to try and find her and attempt to make it up to her is a fun, visual ride for readers, giving us some fun, innovative ways to play up the panels to demonstrate just how difficult it is.

As always, we’re treated to a bright palate that colors the whole affair all the way through, and eye catching sound effects that pop. In addition, the action scenes are really thought-out with great angles that make The Widow, favorite character number two, the hit-woman for hire of not quite human nature, a character to follow and study as she just kills it…and people. 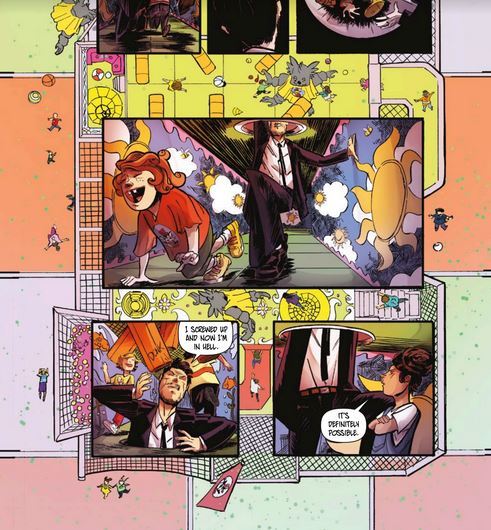 There’s some ambiguity on part of the writing that leaves me with questions every time the Ash Widow pops up that look to be answered later in the game–why won’t she just off Sullivan? Is Sophie the key to his protection or delay in his death by the Widow’s hands? Is there something or some far more nefarious at play behind the scenes? With each new issue, we’re introduced to a host of new faces, new minor characters that manage to all steal the spotlight at least for a page or two. Sullivan is starting to realize that Sophie means something to him, that she’s worth it as those who plot against him keep on coming. For a man who has consistently used folks, broke hearts, and catered to his own whims as a deeply flawed and selfish man, there’s some plot development here amongst all the laughs, action packed panels, and true sass.

8 Mad Max Background Characters Out of 10

Read our site’s reviews of Deuce of Hearts here.