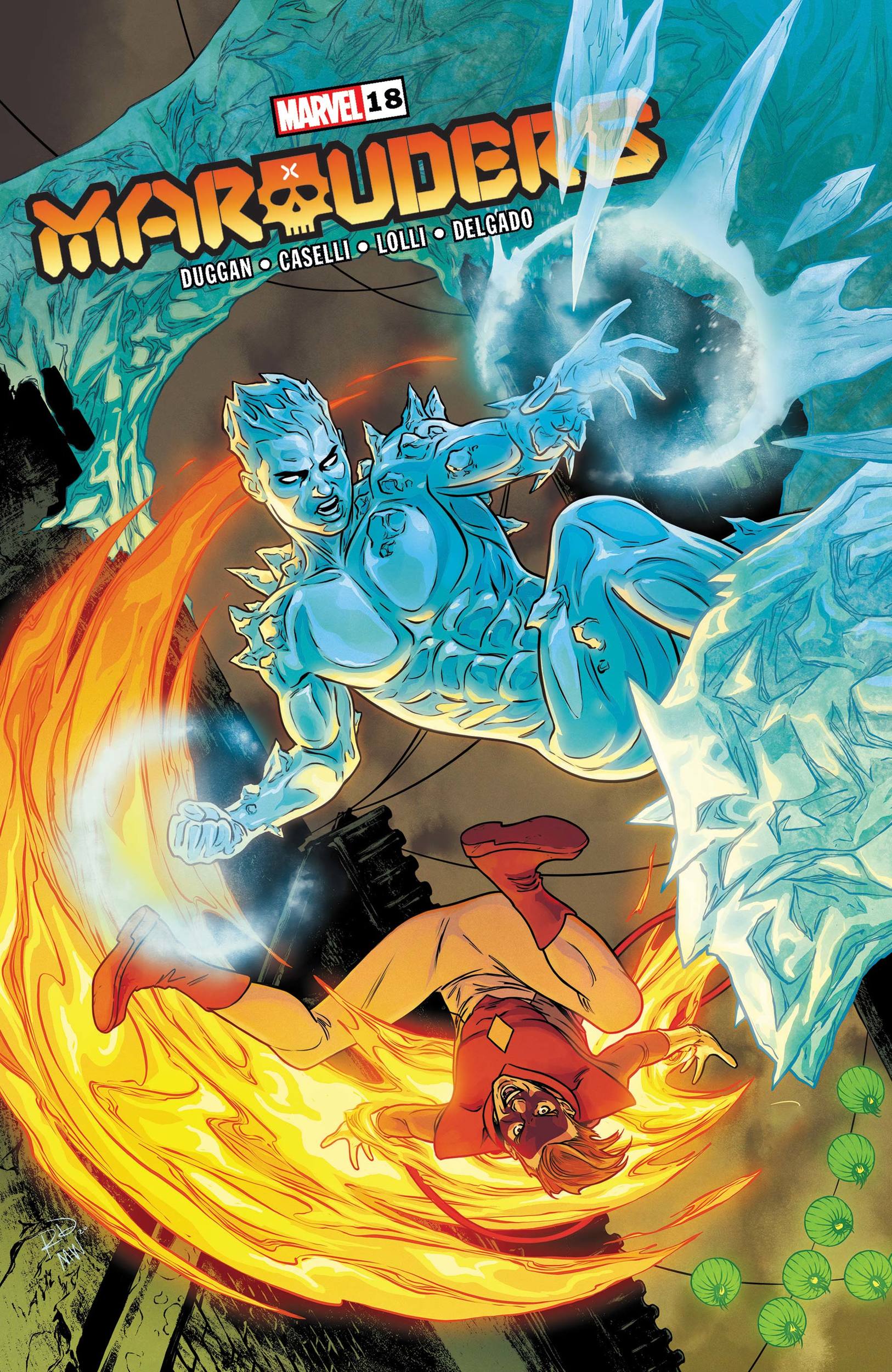 Keepin it a hunnit, I only have so much time to write reviews each week, and it usually ends up being 1 X-Review and whatever I think is the hottest Marvel book also coming out that week. I love reading and reviewing Marauders, but try to spread the wealth ya know? I had plans to review Cable (since it doesn’t get much Reign of X love on the interwebs), Black Widow (Kelly Thompson is putting in work) or Champions (Eve Ewing is a force to be reckoned with). I had plans to review one of those..

After Emma Frost and the Marauders unveil the new Moira MacTaggert Memorial Public Hospital in Madripool, a special scene goes down that immediately got me writing. Callisto is walking Masque through the hospital as he questions why he’s there for the opening of the hospital in the first place. After being directed to scrub up as his patience grows thin, a doctor bursts through the door hype to finally meet him. Masque’s surprise and confusion are captured beautifully by Caselli and Lolli, and quickly replaced with sheer emotion.

Masque’s reaction to this family who just received a miracle from one of the mutants humanity so often despises is life affirming. As soon as I read that panel, I began this review. Mid-book. You can’t stop mid book but there are times that call for an immediate outpouring of appreciation for the artistry that was suddenly bestowed upon you in such an impressive way!! This was it folks!

The rest of the issue re-establishes Verendi as a genuine threat to the sanctity of Krakoa and to the wellbeing of their own Modripoor citizens. As much as I hate to admit it, they’re perfect villains. Rich, pompous, and hateful. I’ll be keeping an eye out for any blowback from the hospital being named after Moira.

I really hope there is more of a plan to show the incredible ways mutants are using their powers for good in this age of Krakoa, now that they don’t have to hide their gifts from the world as much as in the past. They’ve blessed man with cures to diseases, prolonged life expectancy and more, but now is the time to showcase the skills and abilities on a small scale, so humans of all nations can begin to appreciate what these heroes can do.

8 undervalued mutants out of 10