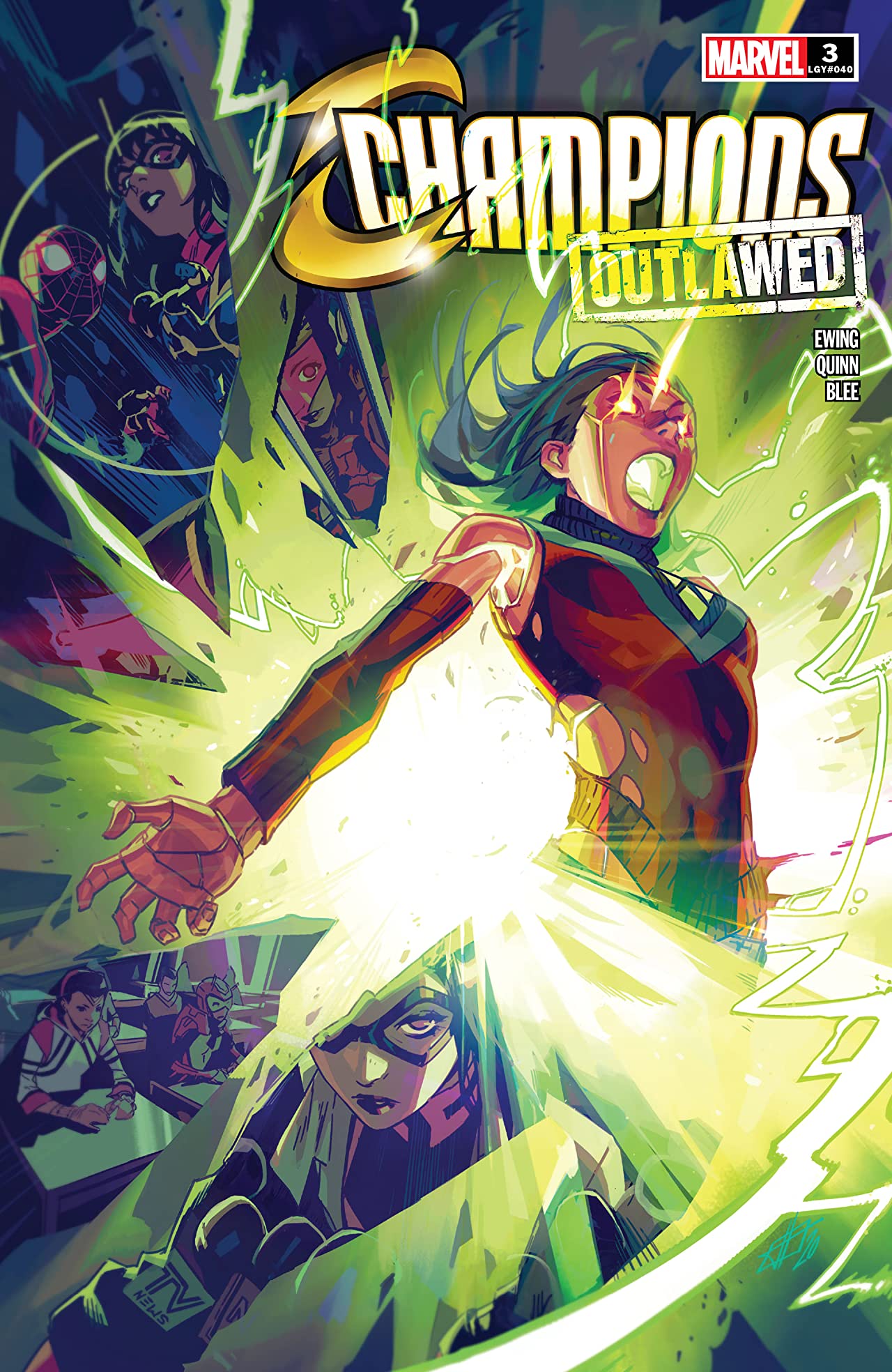 You know, it was only a matter of time before the Champions got to this point. The point where the government started looking at what they were doing and decided that they were too young or not mature enough to see something wrong and do something about it. Now they are on the run, made public enemy number one, and questioning whether to not to give up the superhero life forever. Thankfully, writer Eve Ewing has a thing or two to say about that.

Champions is only three issues deep, but one thing that is really cool is seeing the thematic patterns. The big question that Ewing presents is, “Are these kids mature enough to do the job?” You know, saving people and calling out what’s wrong. What I like about her run so far is how it parallels the real world so well. The real world isn’t as chaotic as the Marvel universe (supervillains, galactic gods, and superpowered events occurring on a daily basis). However, let’s be honest, the world can be kind of fucked up. Oftentimes, kids are the ones brave enough to call out how messed up the world is and it’s adults who gaslight them into believing that they aren’t mature enough to see how it all works.

Ewing mimics that through excellent writing, especially with how well she handles the core team and the extended members. With Miles, Kamala, Sam, and Riri on the run since the last issue, they are exhausted and questioning themselves. The mistakes they’ve made also weigh heavy on their hearts. However, we get a great character moment from Sam that highlights that they don’t risk their lives on a whim, and it’s a great case for the team’s existence.

Meanwhile, you have Viv who is still dealing with her crisis of faith. We learned that she is the one who snitched on the team’s whereabouts and is currently pushing C.R.A.D.L.E in their direction. Viv’s arc feels like the weak point in Ewing’s story. I’m not sure where it’s going. I get that Viv is dealing with the flawed nature of humanity and its consequences. She’s obviously rattled by the events of the accident but it feels like her soul-searching journey for the right answers distracts from the bigger conflict of Kamala’s law.

We see more of the impact of Kamala Law with the other Champions in the re-education camps and how they are treated. There is a dystopian nature to how the kids are being treated and I want to see more of what is happening to these young heroes behind closed doors. With stellar art by Bob Quinn and a great cliffhanger ending that reaches back to the beginning of the Champions’ origins, this is another great addition to the Outlawed arc.