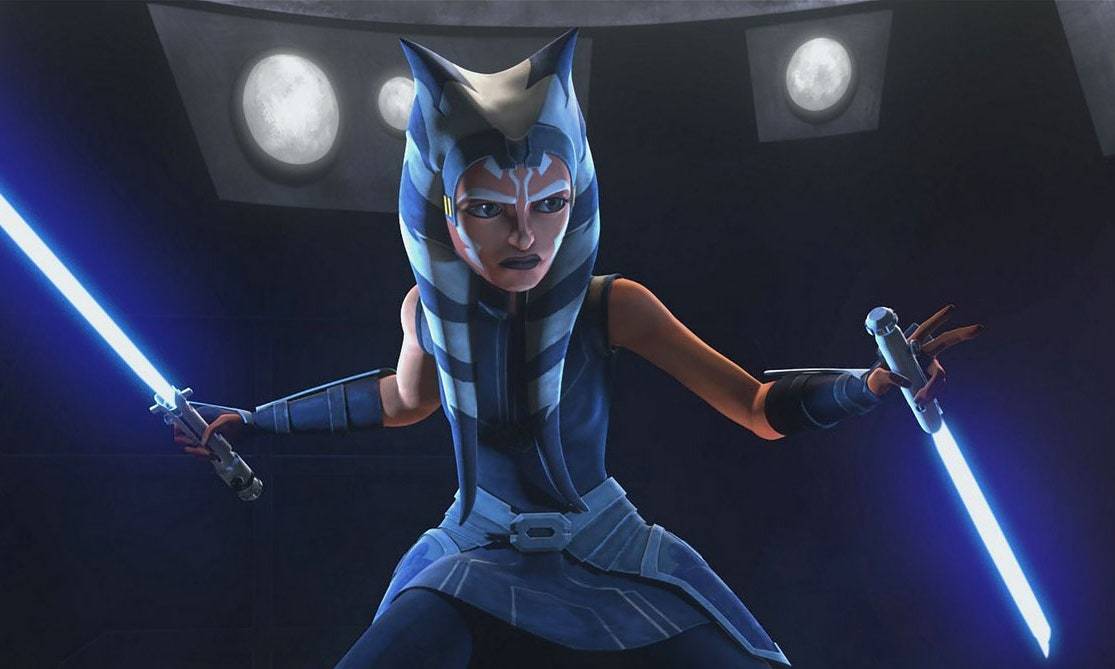 My girl Gwen Stacy has come a long way from Earth-65, and now it’s her time to shine in a battle of the best. Let’s face it. We all love Spider-Gwen. She’s got style, awesome moves, and no Spider-Verse team is complete without her. And if you think this Spider-Woman (That’s right, Spider-Woman. Wtf is a Ghost Spider?) is just another webhead, then you haven’t been paying attention. Y’all fucking with a symbiote. My girl can go full Gwenom when she wants to. I’m talking full-on talons, Miles Morales style camouflage, the ability to make hundreds of tiny symbiote spiders, plus all the traditional powers of your friendly neighborhood Spider hero. Sure, some of the other combatants might be “more powerful” but truthfully the modus operandi of any spider is taking down enemies bigger than them on the daily.

REAL JEDI’S KNOW THAT AHSOKA IS THAT CHICK!!! Y’all better not play no games with my girl. Them pretty white dual lightsabers don’t come to play. You think anybody on this roster scares Ahsoka? My Jedi? My wandering warrior? She trained under two legendary Jedi, the best in the game. My girl has stood toe to toe with the all-time Sith hall of fame. Darth Vader, General Grievous, and Asajj Ventress. Let me repeat. She fought Darth Vader during his peak to a standstill. She bodied Darth Maul amongst the fall of Mandalore. She told the Jedi Order they can kick rocks, imma do my own thing. Monsters, bounty hunters, droids. There’s nothing you can throw that she hasn’t seen. Ahsoka Tano is one of the best Jedi of all time, and it’s time you put some respect on her name.

Samus Aran is the greatest bounty hunter of all time. Yeah, I said it. THE. GREATEST. BOUNTY. HUNTER. OF. ALL.TIME. I don’t care what you got to say about anybody else. Don’t you dare even bring up Boba Fett – it’s time y’all realize that man is hot trash. Samus is my heavy hitter in this game of multiversal femme fatales. I mean, c’mon folks. Your girl fights space dragons on the daily basis. The Varia suit is packing enough power to put damn near half of Tony Stark’s Iron Man suits to shame, including:

Let’s not forget that last part. Turning into a ball might not seem all that great but when she can leave a powerbomb that decimates an entire room, you’re screwed. Even without the suit, Samus has enough enhanced strength to take anyone. So send your Valkyries, your assassins, your 30-foot tall pirates. Samus is taking this game to the finals baby.

Everyone needs a ringer, and I’m picking someone with enough creativity and intelligence to outsmart a homicidal AI. Chell is here to take your strongest fighter and confuse the living hell out of them. You see, the portal gun gives Chell an unexpected advantage. Whatever game plan you have goes to the wayside when you’ve got a portal underneath you and you’re suddenly falling 50 feet from the air. Oh, you’re flying at her? A quick dodge out the way and suddenly your flying straight into a portal that has a vat of lava on the other side. Chell’s no stranger to danger either. She has taken on some of the most dangerous tests filled with lasers, bullets, and death traps. Hell, she’s crafty enough to survive several explosions, being shot at by machine guns, and falling from great heights thanks to her boots. Every other opponent in this match is just another test for Chell, and she hasn’t met one yet that she couldn’t beat.