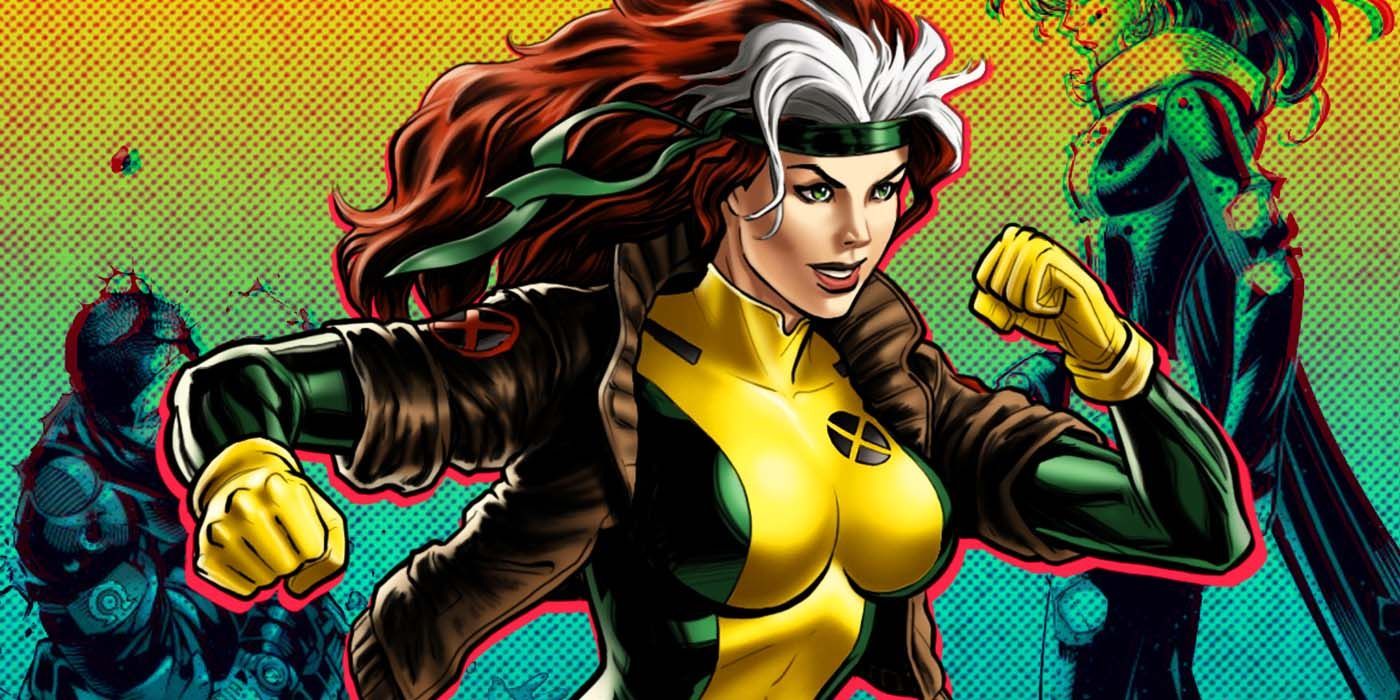 When the last time you heard I like this?
Talk greasy, that’s easy, catch a fist!
All the boys gettin beat up by a girl?
Move chump, I’m on top of the world!

Top Down, chrome spinnin
Gambit in the passenger seat, you know he grinnin
You the see the white streak comin, better start duckin
I’m like, ya’ll aint ready for Rogue to start somethin!

Alright alright, you know it’s time for all you peasants to make way for the baddest southern belle runnin these Marvel streets. I know there aren’t any challengers serious about taking on a beast like Rogue. You do understand the level up that has happened for this power absorbing problem? My sentinel tossin, Juggernaut juggling homegirl is strong as ever. Not only that, but she no longer needs to even touch someone to get their powers!!

Do you understand how game changing that is?! Get in a close enough vicinity and your powers, memories, and abilities instantly get transferred, rendering you weak, woozy, unconscious, or worse! I spit Clipse bars then hit you with the realness. I feel sorry for you dusty bums who are about to catch these hands, cuz they’re coming in hotter than a fresh plate of beignets!

You know how Domino has one of the most insane, outcome altering powers in the world? Well think about how dope it would be for your power to be probability manipulation perfected? Probability guaranteed you could say. Like her name states, Isca cannot be beaten. She has been alive for thousands of years and has yet to take an L. WHO CAN SAY SOMETHING LIKE THAT?! How do you expect Isca to lose this tournament?! It’s impossible!

This unstoppable warrior has the power to always win, no matter how. You heard that you weak ass opponents with your worthless fighting skills, disappointing martial arts styles, boarish guns, and detestable style?! Her power is indescribable because she is able to surpass anyone in skills, if it’s needed to come out on top. She ain’t no one trick pony either. She brings the smoke in both one-on-one contests and larger battles. If she’s a part of a team or even something as big as a million-person army, the whole squad winnin’.

If the outcome is left up to chance, you already know probability gonna be manipulated for things to go her way. Oh, it comes down to skill, you say? Any talent will be learned, acquired, and internalized for the dub. Don’t be surprised if it comes down to the most improbable of circumstances and outlandish turn of events happening. Luckily, Isca the Unbeaten won’t need to come down to anything like that because every one of her opponents are about to be put on R.I.P. tees for the hood and their loved ones. You have been warned.

Y’all better recognize the Ackerman name, or fools will end up sliced, diced, and dissected like Vision on the S.W.O.R.D. disassembly line. Who da best soldier out of the entire 104th Cadet Corps? Mikasa! Who’s prowess trumps that of 100 men? Mikasa! Who the greatest swordsman or woman alive outside of Captain Levi? Mikasa!

Did you hear that snip snip snip? That was your achilles, ACL, meniscus and a dozen other tendons and joints that Mikasa just lacerated in the blink of any eye! She’ll be bringing any opponent down to their knees, and she aint no saint or messiah. Just a girl trying to repay her only family by eviscerating countless humans and titans hundreds of feet bigger than she. And she’s about to train all those supremely honed killing capabilities on the lucky bastard who’s up next.

It aint all about the swordplay either. Mikasa been bussin older boys (and girls if needed) asses for a hot minute. Her strength game is vastly underrated, and it’s a modern tragedy. Don’t get me started on the omni directional mobility gear game. Who thrusts it to the beat meaner than Mikasa? WHO!? Who glides through the air smoother than a R&B singer at a strip club in Houston? Mikasa!

I hate to break it to you simpletons but it’s a wrap. Mikasa is omni sliding and sword slashing her way to victory no matter who the opponent is!

Peep the bat wings on the head and green hair looking dope, you know it’s about to be a problem. Hailing all the way from the Darkstalkers universe and Scotland if you nasty, Morrigan is ready to play suck on this Soul Fist! That is, if the gorgeous, all-bat everything slay outfits aren’t enough to sedate you into succubus submission.

Quick story. Morrigan was the reason Beyonce and Megan Thee Stallion never shot a video for the Savage remix. Morrigan was cast as the lead dancer in the video and was too savage for anyone to handle so they shut down production.

With a moveset that is reminiscent of OG Ken and Ryu, my girl Morrigan is a classic that just gets better, more powerful, and heavily armed with age. Always ready to bring the bat yopper out, Morrigan has a quick trigger finger and loves to finish her opponents off with a shower, and we ain’t talkin cleanliness!

Chloe the name and kicking ass on the behalf of good is her game! She just wanted to do a few extracurriculars, dance the night away at the club and hang out with her boyfriend all day. But her brother had to go and take over the world, so now it’s time to pulverize him and any other jabroni making life difficult for the fine folks of this world. Oh, you want me to prove it?

Just look at this incredible shot of her coming to the aid of her son. Would YOU want to start some shit with that woman? She may look pint sized, but she’s packing as much power as superman, Flash level speeds, telekinesis, accelerated healing, flight, and the fucking ability to fight on the moon, Mars, or wherever the hell is needed to pummel someone 200 feet into the ground, causing a meteor sized crater and her inevitable victory.

Chloe Sampson may not be the name you expect to be tearing it up in this kind of a tournament, but it’s the name you’ll be seeing in the win column day in and day out.

Checkout the other teams in the March Multimedia Madness 2021!