Ja-Quan: Korra my G, you’re in over your head. You simply can’t win this fight boo. You’re a poor man’s version of my mastery of the elements. True Value Orora could never. Family Dollar Ang better take her dusty ass Air bending somewhere ya glorified humidifier. Fire bending like a level 5 Charmander. Fire bending reminiscent of Sasuke on the dock for 6 summers. And what is this 2.0 GPA in landscaping, half-assed Earth bending? Can’t front, your water bending legit and the third season of Avatar was God tier. But every time you wanted the smoke wit a BOSS you done suffered L’s worse than Barry getting dragged through every single street of Central City with his spine disassembled and legs dangling like ramen noodles. Lest we forget the 3-year hiatus you took after Zaheer A-Town stomped you into a PTSD and depression filled Chapelle level hibernation from the world you was supposed to bring balance to. Yeah, you did that. Maaannn I was so disgusted with yo brittle spirit that I ain’t even finish season four. Kuvira washed you like a Maytag and eight tons of Tide.

Don’t get me wrong, your ability to control the four elements is cute and all but my mutant abilities go down to the molecular level, and that’s something you just ain’t ready for. You got a mud hole stomped in that ass when Amon broke out the forbidden jutsu blood bending. Storm can control the 70% of water in your body the exact same way. Clapped. You don’t want it with the Physics smoke. Storm can control those electrons running through Korra’s body and have her contorted like an Auntie Anne’s pretzel. Storm’s gonna end this match standing atop the Warrior Falls screaming “IS THIS YOUR AVATAR?!”. Storm never freezes. 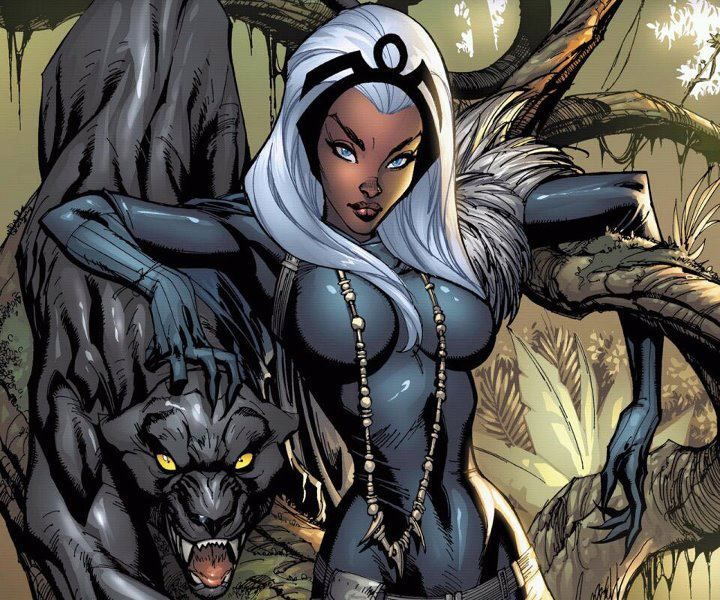 Chris: Ah, finally an opponent worthy of our time! This is a fight we can get down with! However, if the weather “goddess” thinks she can take down my Avatar, she buggin. Now, credit where credit is due. Storm is the perhaps one of the most powerful mutants in the world. But Korra is the Avatar, baby. She bodies megaton threats like this on the regular.

Think about it. Storm is a bender of sorts, which makes her the perfect opponent for Korra. There’s nothing that she can throw at us that we’re not used to. Lightning, we bend that. Rain, we move that. Wind, tornados, we ride that. No matter how hectic the fight gets or what Storm throws at us, we’re prepared. Our defense is on point.

Yeah, Storm’s ability to control the weather is OP. We’re not scared though. In fact, we’re down for the challenge. All of Korra’s greatest battles have been against opponents greater than her, and she bodies them. She’s taken down the spirits the size of buildings, survived dark avatars throwing tsunamis and trying to crush her with earthquakes, lava benders who shoot beams out their heads, and air benders trying to work her over with tornados.

Here’s the game plan. Everything Storm throws at Korra, she’s going the bend it. Sure, we might not be able to hit Storm with anything at first because she can fly but she’s not touching us either. We’ve dealt with flyers before. They’ll go toe to toe with wind, hail, lightning, and rain surrounding them but soon Korra’s going to close the distance bringing the fight face to face.

That’s where my girl Korra will have the advantage in strength and fighting ability. I don’t care how good Storm’s fighting abilities are, at this point we’re boxing. Every bending style is a martial art and none of Storm’s little street fighting skills are going to help her. Korra’s going to two-piece Storm into submission and embarrass homegirl.

Listen, Storm is a problem. Real recognize real. Much respect to her but the so-called goddess is going up against the Avatar. Chosen by Raava to master the elements of the world and take down the pretenders coming for the throne. You can be mutant and proud all you want but at the end of the day, Korra’s just better at this.