“Your whole style and approach, I invented/And I ain’t takin’ that back, cause I meant it.” -Nicki Minaj

Lauren: Thought I’d start this one out with someone else’s concept because apparently that’s what we’re doing now. Look, I respect Shuri as an intelligent and skilled fighter who’s done a lot for Wakanda, I do. I just think it’s funny how she’s been biting my girl Cass’ style and abilities every five years thinking she could arrive late to the party and still get dapped up for it. I mean, Shuri ain’t even send a thank you card for her all black leather suit complete with facemask, cape, and utility belt look. And this Griot ensemble with the gold belt, gold chest accessories, hair out, and the bandages around the wrists? Why she ain’t tag Cass on the gram when clearly she dug it out her closet? C’mon now, Shuri, that’s just hurtful. Y’all really thought you could throw on a “crow” filter and we wouldn’t recognize the Bat watermark, fam?

But imitation is the sincerest form of flattery, right? So we’re flattered by the whole death and ressurection bit even though Cass crushed that ish twice before Shuri even showed up in her own main continuity. We’re flattered when Shuri gotta transform into a Rockbiter to take a bullet while Cass been shakin’ off shots since she was a kid. For fun. And what’s that? Shuri learned some martial arts? Well, damn, now you just tryna make the sista’ that One Punch’d Lady Shiva blush.

So let’s talk about what Shuri does have to her name: her warriors. I’m sorry, but what’s a mob to a king killer (“No Church in the Wild.” See that? It’s called attribution. Y’all should try it)? Please. The woman who gave Batman, Deathstroke, and Supergirl a run for their money is not sweating Shuri’s zombie army. That’s a warm up on a slow day.

No matter how fast Shuri is, Cass been faster for longer. Shuri got a drawer full of black belts, but Cass’ could make black out curtains. Not to mention Cass can literally read body language to predict her opponents’ moves, so ain’t nothing Shuri can devise that Cass can’t peep. But checkin’ for a copycat is just vanity. And yeah, I was gonna end this with an exact play-by-play but I figured Shuri got that Ctrl + C programmed into everything. 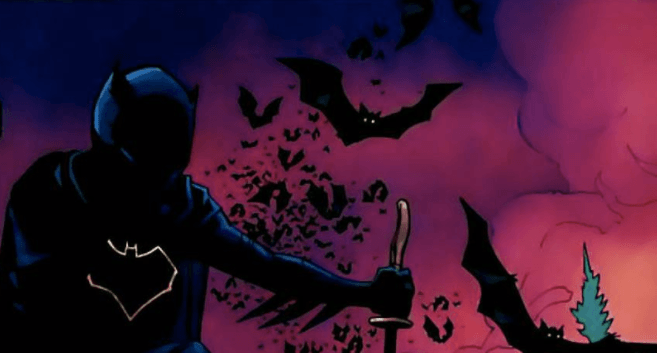 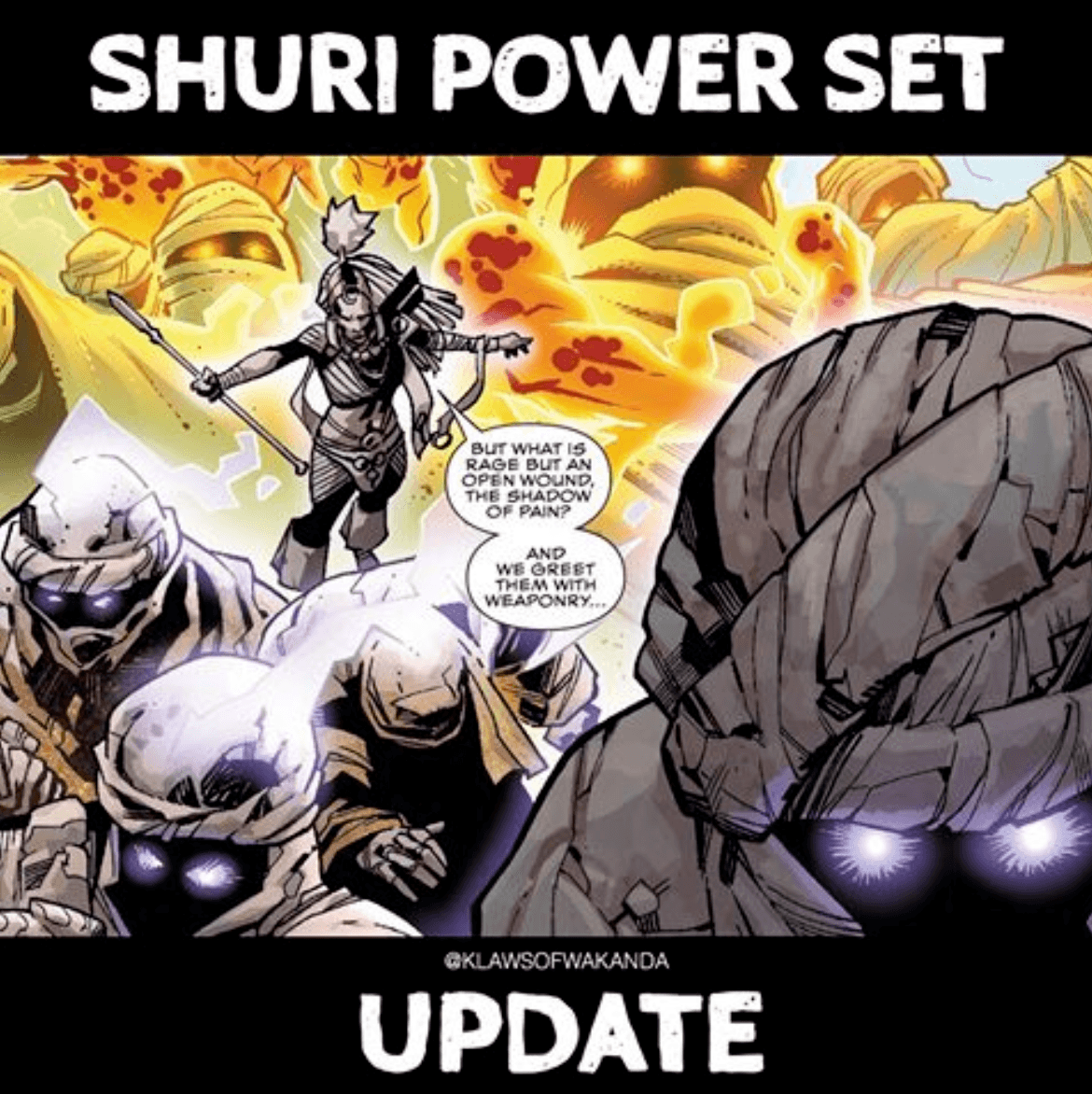 “SHUT UP AND LET ME TALK

Lorenzo: Cassandra Cain got skills, no lie. She’s a bad ass assassin, one of the baddest Batgirls to ever do it, and if she’s ever featured in a straight-to-Blu-ray Batman movie I’ll be the first to pirate it.

But Shuri is more than a pretty dress and a beat face. She was born to BEAT FACE. You not even talking to Shuri, you not even talk to Black Panther no more…

You talking to Griot.

She got the Holy Ghost of Bast flowing through her fingers, which can turn rock hard and block any attack Batgirl can throw at her. Her vibranium spear is stronger than anything in the bat arsenal, she’ll shish kabob the young flying rat like a Louisiana BBQ.

Griot has the range. Cassie’s got a long way to go. 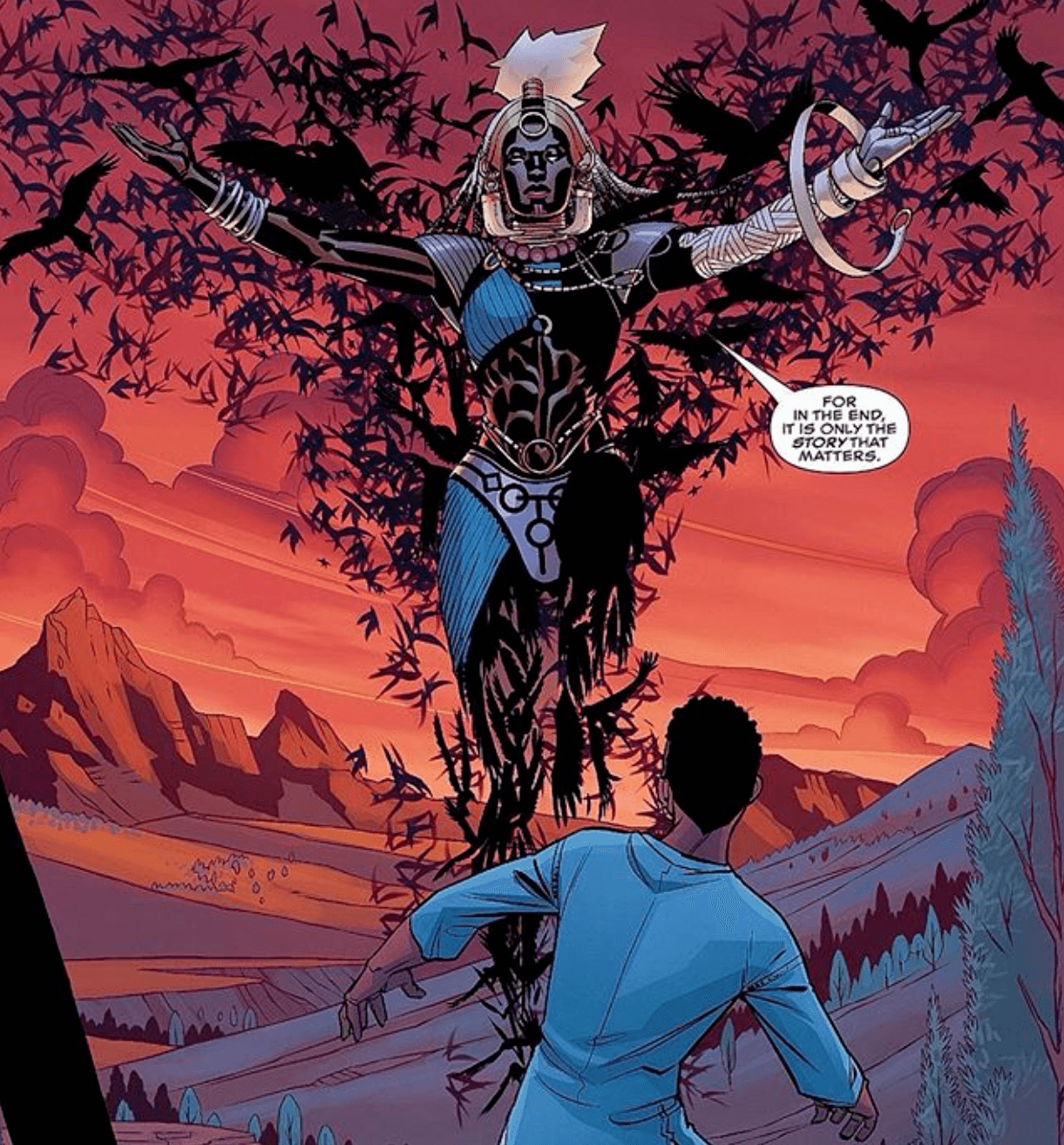