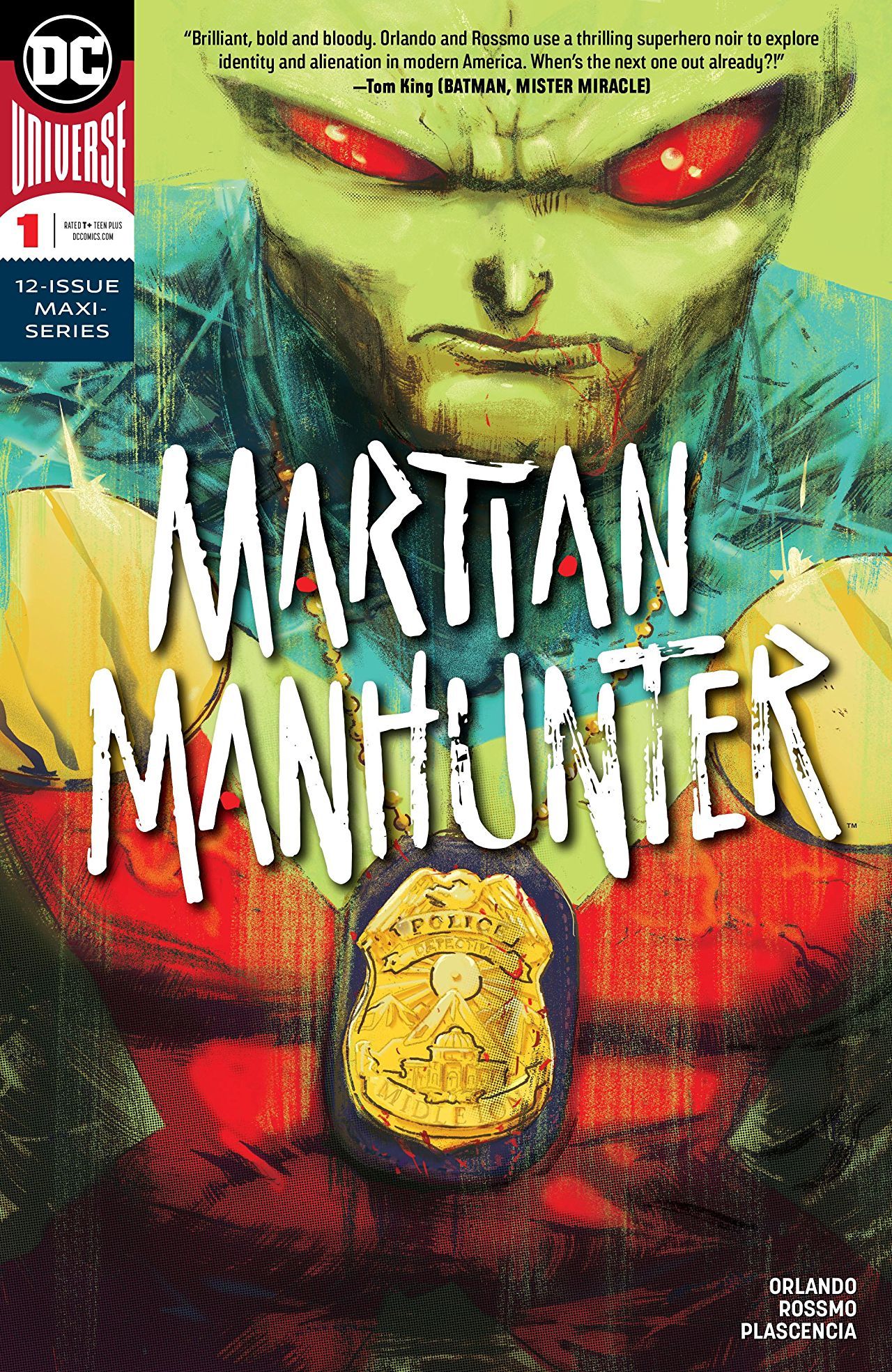 Martian Manhunter is having a good year. After the New 52 re-launched into DC Rebirth, we hadn’t seen J’onn for almost 2 years. But Scott Snyder plucked our guy out of comic book obscurity and gave him a role in Dark Night’s Metal, then No Justice, and now he’s the Chairman of the Justice League. But that’s not all. You’re reading this now because our resident Green Sad Boi has now got his own series! (Kinda).

Over the past few years, DC has done well with these 12-issue maxi-series. It’s a way to get tightly written stories with a solid beginning, middle, and end. Not a lot of room to mess up, but not a lot of room for filler either. So, we’ve gotten some all-time books as a result. Two that come to mind are Omega Men and Mr. Miracle. Both of them written by Tom King. Omega Men flew under the radar but has since become a hit. But Mr. Miracle had that sauce from day one. It took the comics world by storm. With these short and sweet outings proving fruitful, it seemed inevitable that we’d be getting more stories like this.

That’s where MSquared fits in. Welcome to the mind of J’onn J’onzz: Martian Manhunter. It’s dark and lonely in here, and we’re about to find out all the sad reasons why. Steve Orlando (Midnighter) & Riley Rossmo (Dark Knights: The Batman Who Laughs) headline the creative team behind the lonely stoic.

One of the biggest things to stand out to me about this first issue was that it takes place in the past, back when J’onn worked as a detective in the Midleton Police Department. It’s a perfect idea to place a story like this in the past because then you can’t get confused about continuity. Right now in Justice League, Manhunter is on his way to Thanagar with Hawkgirl and John Stewart. It wouldn’t make sense to put out a title with J’onn playing detective back on Earth. I mean, we’d still read it, but we’d be mad confused. So, I’m happy they did it this way. It only strengthens the integrity of the story in my opinion. 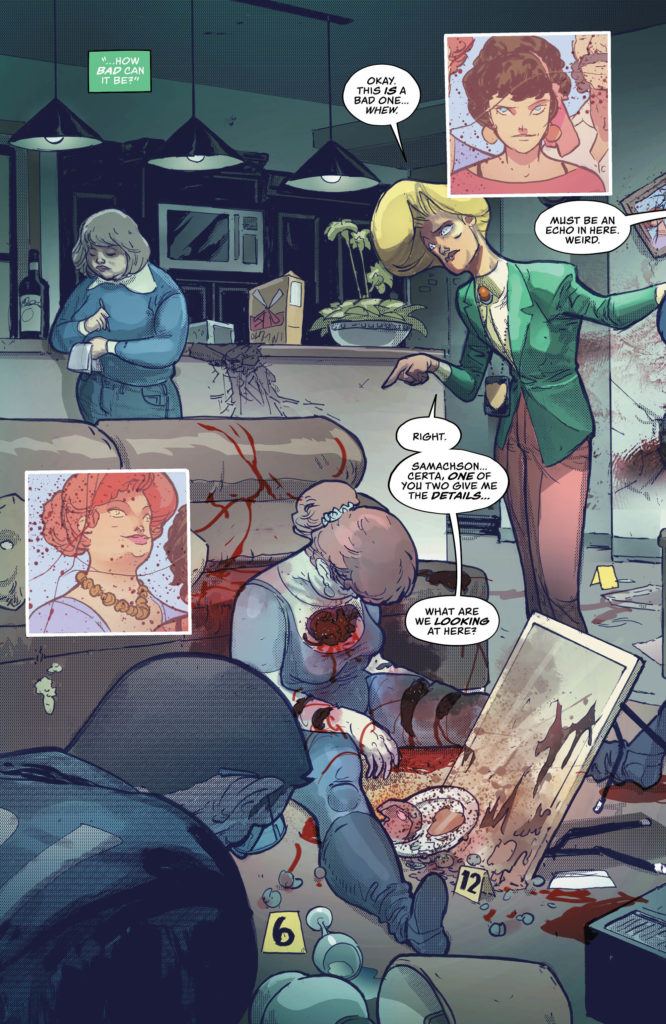 My personal favorite aspect of the series is the deep dive we’re getting into J’onn’s personal life, both on Earth and in the past on Mars. Martian Manhunter is one of the most intriguing characters in the DC Universe, and a big part of that is because he represents a person whose people have been oppressed and wiped off from the face of the Ea– Mars. A lot of people can resonate with the weight of something like that. We get to see what a day in the life of J’onn was like back when he liked life a little bit more. By day he’s a Manhunter, essentially a Martian cop. And when the day is over, he goes home to kick it with his family. Life can’t get better than that.

Orlando channels his inner Salt Bae as he sprinkles in a nice helping of Martian slang and insights into the inner workings of their society and social hierarchy. It’s all done in a way that feels organic as opposed to spoon feeding, so ya boi was grateful for that as well.  For those who like world building like myself, you’ll be more than satisfied.

The art is really unique, and dare I say even… out of this world?! I’m not too familiar with Rossmo’s work, but his art on this first issue with Manhunter seems to really channel the otherworldly tone of the book. So far, about half of the story has taken place in flashbacks on Mars, and his abstract non-conventional form of illustration really yields to the fact that this is taking place on another planet with beings that we don’t know all too well.

Simply put, if you’re a fan of Martian Manhunter aka The Green Sad Boi, you won’t be disappointed with this first issue. It gives us a unique glimpse into the mind of one of the most private characters in the DC Universe. We’re gonna get to discover J’onn as he discovers himself. I’m so happy my dawg is getting the shine he deserves, even if he’s probably afraid of it.