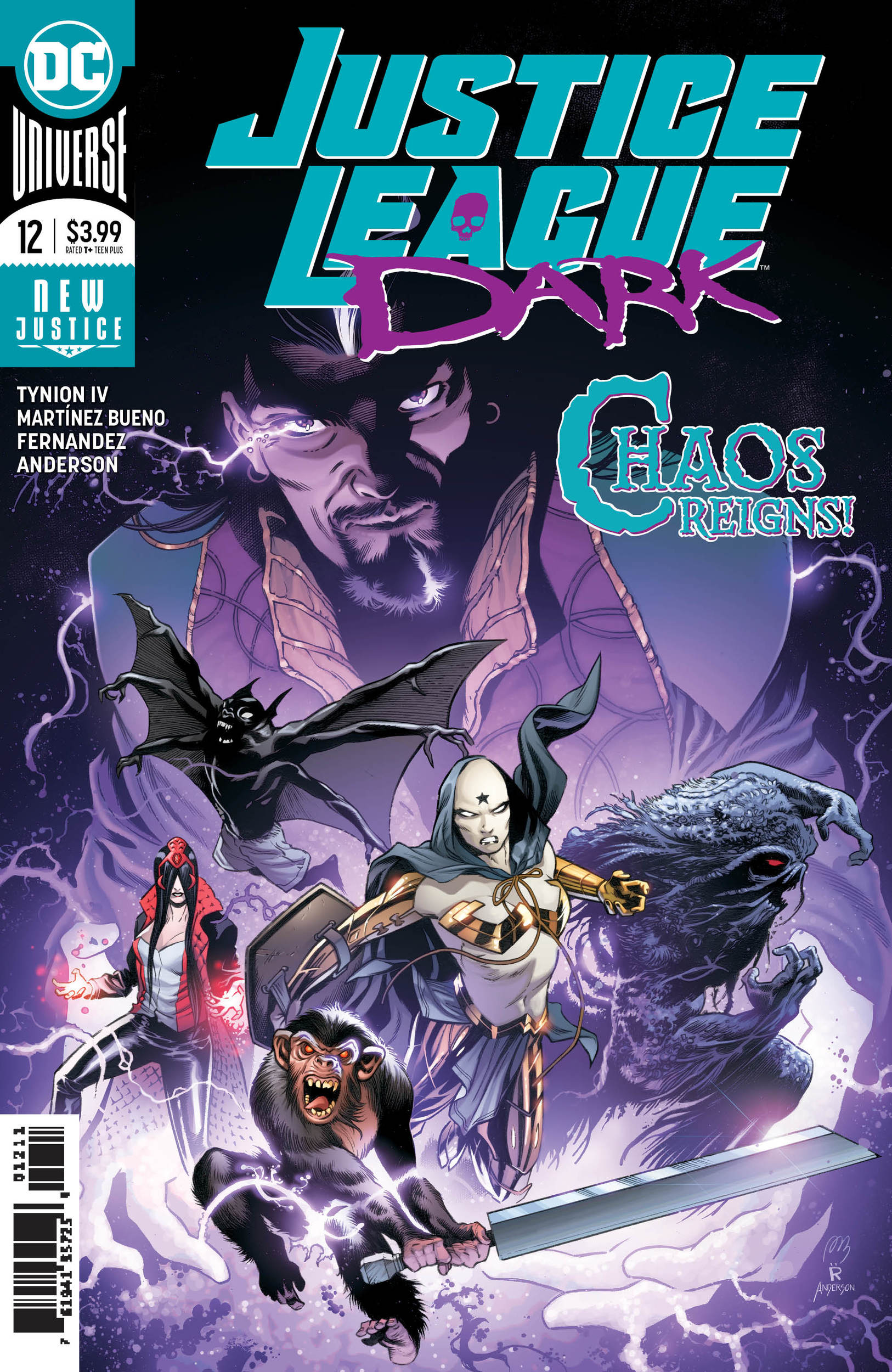 It’s issues like Justice League Dark #12 that transform a series from “solid” to “stellar.” As the “Lords of Order” arc races towards its inevitable conclusion, Tynion IV and Martínez Bueno work overtime to give the final confrontation all the necessary gravity to make the narratives beats so incredibly memorable.

From a story telling standpoint, Tynion IV cleverly interweaves the origins of the Justice League Dark and the last stand at Kor to reiterate one of the defining themes of the series: magic makes mortals gods. Magic imparts world ending power to its wielder and even under this awesome influence, it’s still up to the individual to make decisions. It’s still up to heroes to decide to the right thing. That being lawful is not the same thing as being good and that chaos can be harnessed to combat great evil. It’s not exactly a perfect metaphor for the human condition, but the sentiment gets across loud and clear. The build-up for the last eleven issues pays off in spades and results in this compelling origin and finale. 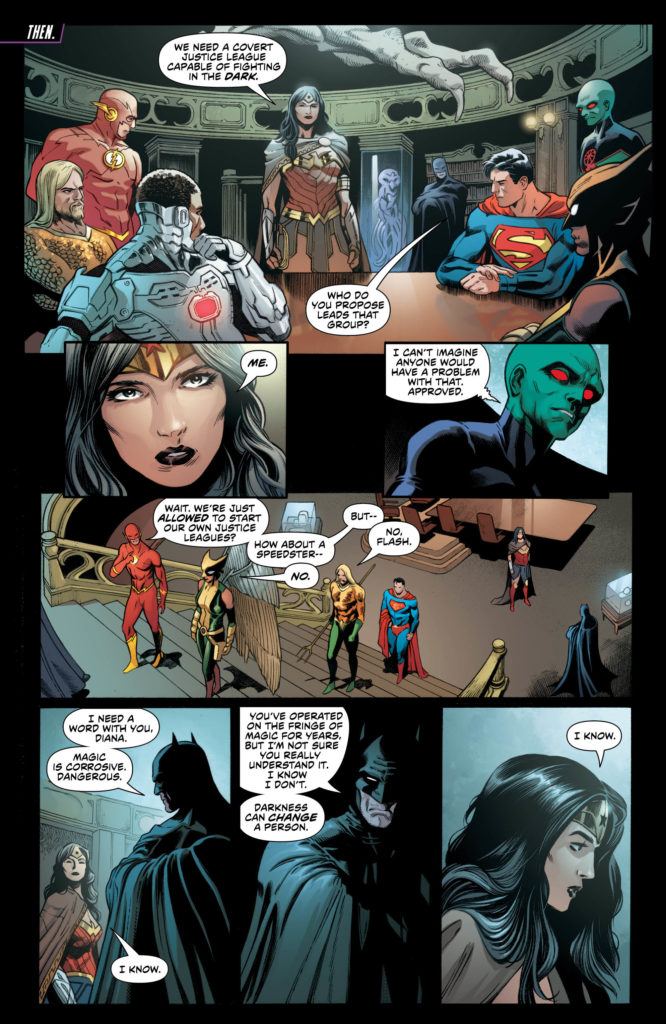 It helps that Martínez Bueno continues to knock it out of the park with the visual aesthetic, whether it’s the Justice League in the underground archives of the Hall or the mythical stage where the battle against Lords of Chaos and Lords of Order come to a magnificently beautiful head. It is a technicolor, vividly realized battle of magic that captures the imagination and scale that is magic in the DC Universe. It’s the type of grand confrontation that you live for in comics, the type of panel that just makes you smile in anticipation.

This is my favorite issue of Justice League Dark to date by far. This is the culmination of a lot of hard work from both writer and artist that is so immensely satisfying to see, and I can’t wait for people to experience this arc in trade.