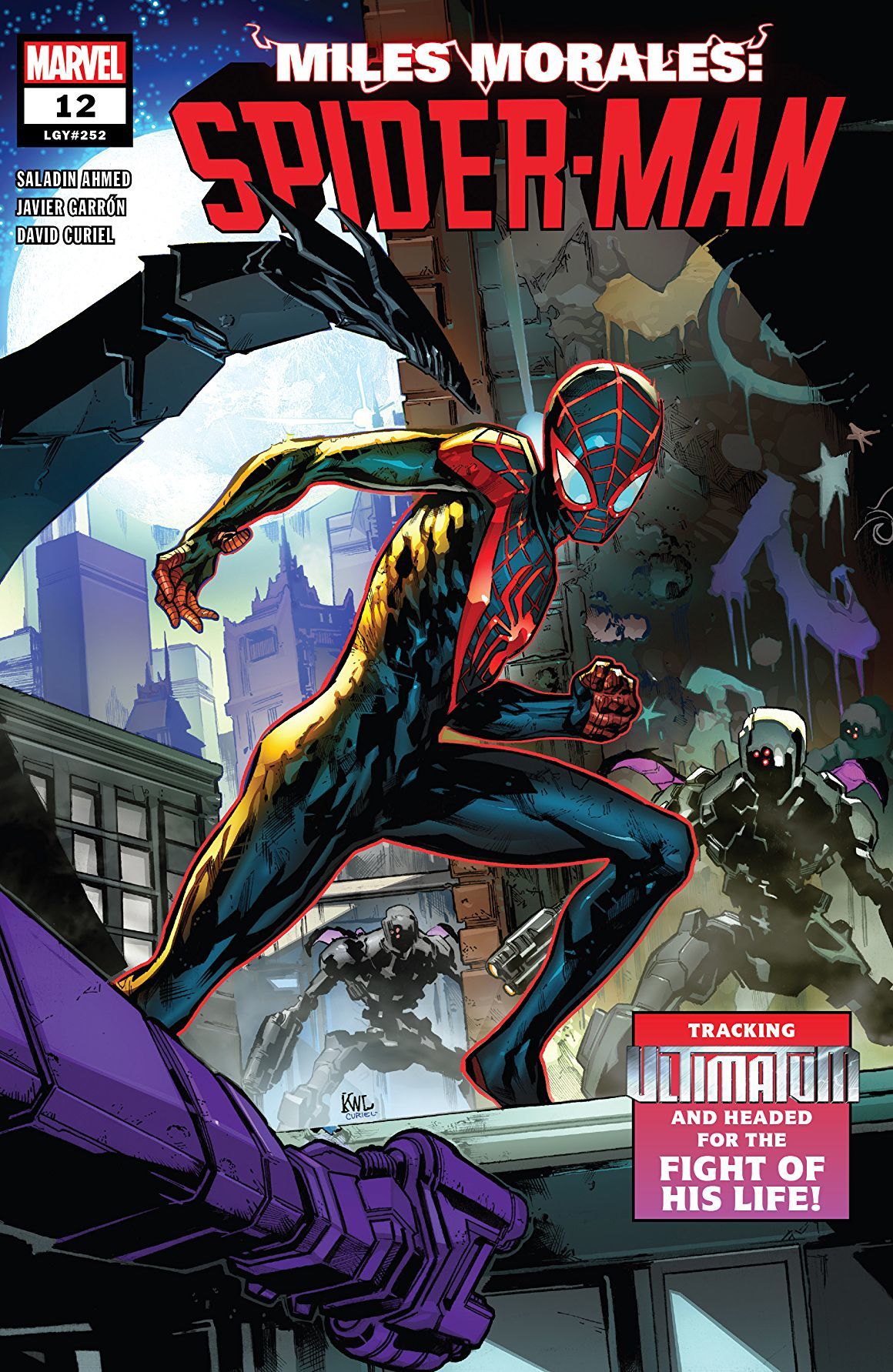 There is a lot to love about the latest issue of Miles Morales: Spider-Man. The biggest is that the book doesn’t waste any time bringing Uncle Aaron back, especially after the deal he made to help save Miles. Ahmed has already proven how well he handles the relationship between the two and it definitely shows in this issue. Even better, he weaves Uncle Aaron’s situation seamlessly into the Ultimatum plot. 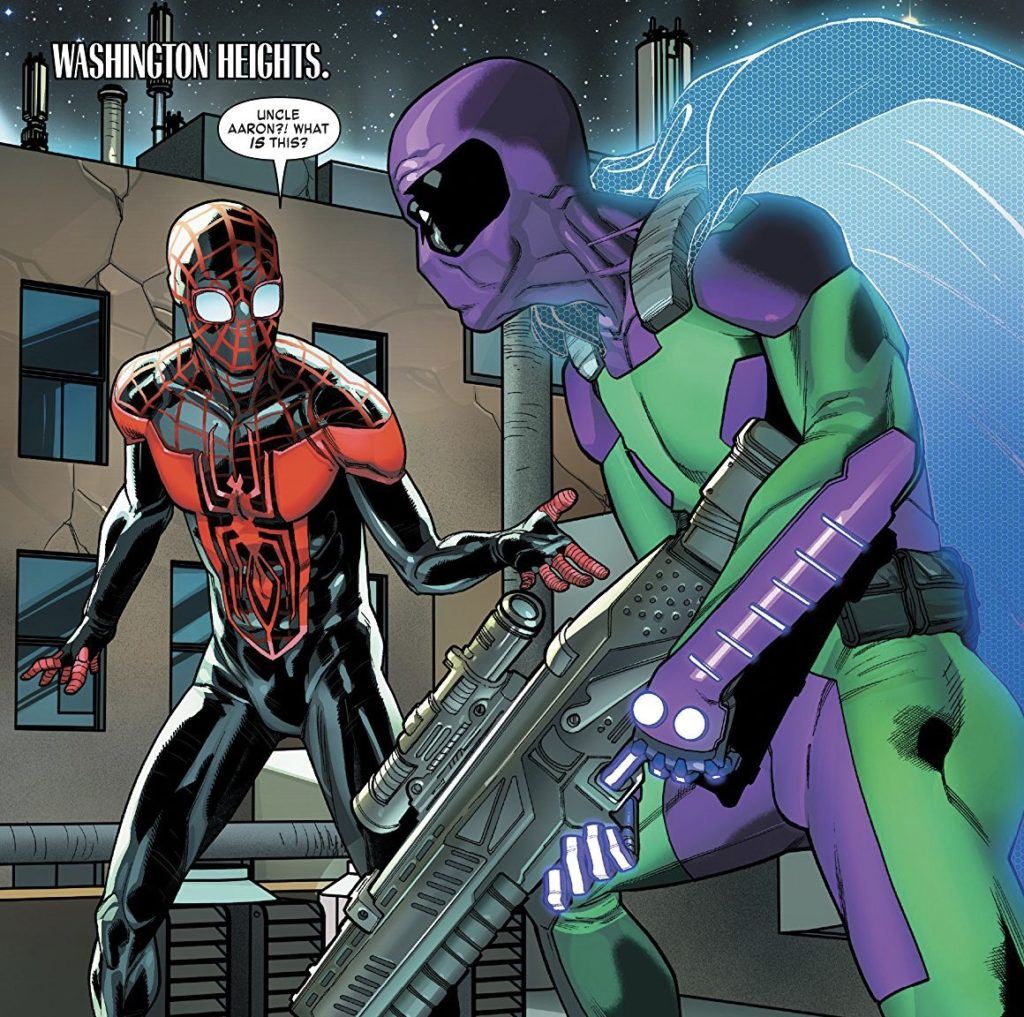 Last issue ended with Miles catching Uncle Aaron in the middle of performing a hit on a mob boss. This is obviously Aaron fulfilling his end of the deal to get the Prowler suit back from Ceres. The story beats after this are fairly predictable. Miles tries to convince Aaron not to go through with the hit, Aaron says it’s not that simple, the two get into a fight that ends abruptly.

What I like about the fight is how steadfast the two are when it comes to their beliefs. While Miles looks up to his Uncle, he comes from the Peter Parker school of no killing. Meanwhile, Aaron sees the world for what it is and there is no point in fixing it. It’s not a big deal for him to kill someone, especially if they deserve it. It’s an issue that the two won’t budge on and I have a feeling Ahmed is going to explore more of that as the arc goes on. 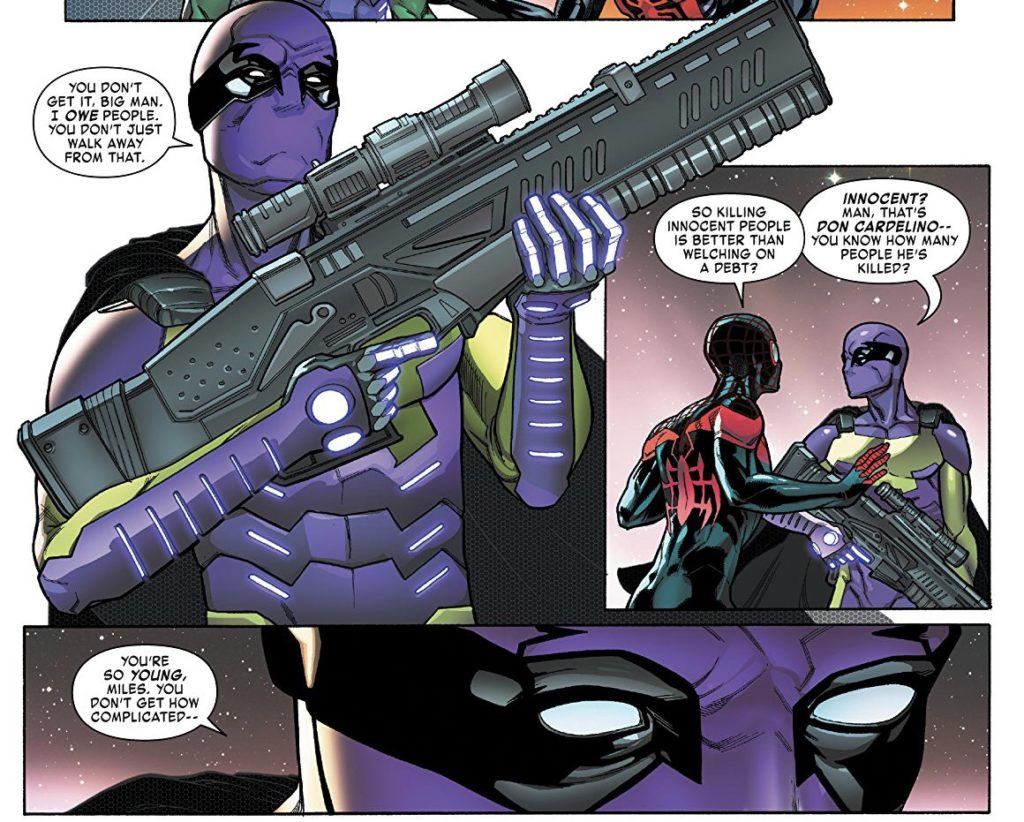 What’s interesting about Aaron is that he isn’t just written well but we get to see a whole different side of him. Aaron has always been portrayed as an opportunist, willing to do anything to secure his bag — at least that’s how it was in Bendis’ run. There was never really any redeemable qualities about the character. However, I honestly feel like Aaron wants to get out of the game. At least for Miles sake and to fix those bridges he burned with his brother’s family. It’s an interesting situation that Ahmed has put the two characters in and the premise of the next issue makes it even more exciting.

8.5 Warriors Trips From Manhattan through Brooklyn out of 10