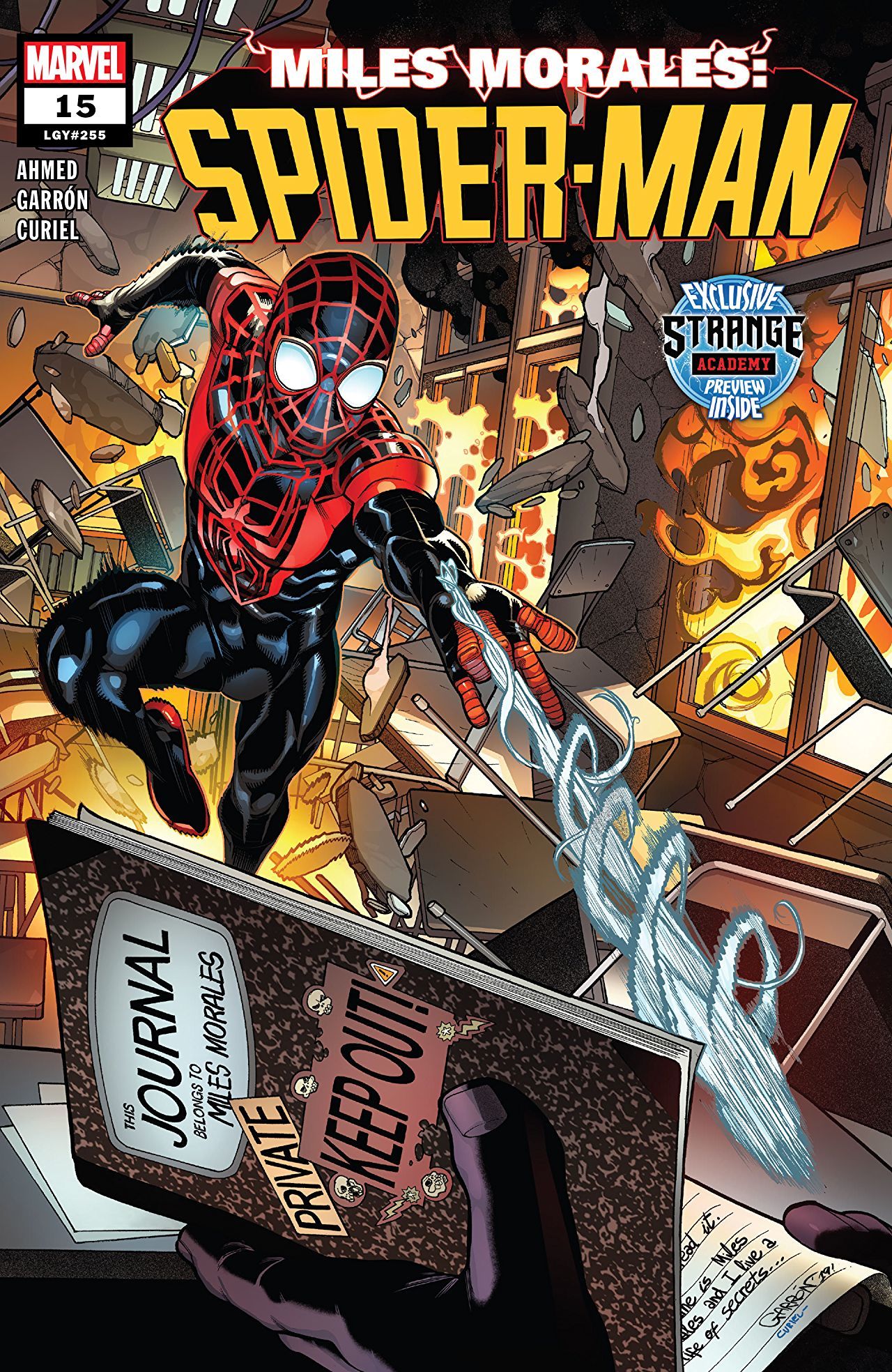 I guess the old Parker luck isn’t just regulated to one person. Methinks it’s time for a rebranding because apparently all it takes is being Spider-Man in order for a series of unfortunate events to befall you. The last time we left off, Miles barely had any time to enjoy the birth of his baby sister, Billie. With the Ultimatum’s gang and the Ultimate Goblin running around, how could he? To make matters worse, his missing journal has ended up in the hands of his Vice Principal, Mister Dutcher, who has had it out for him for a while now. 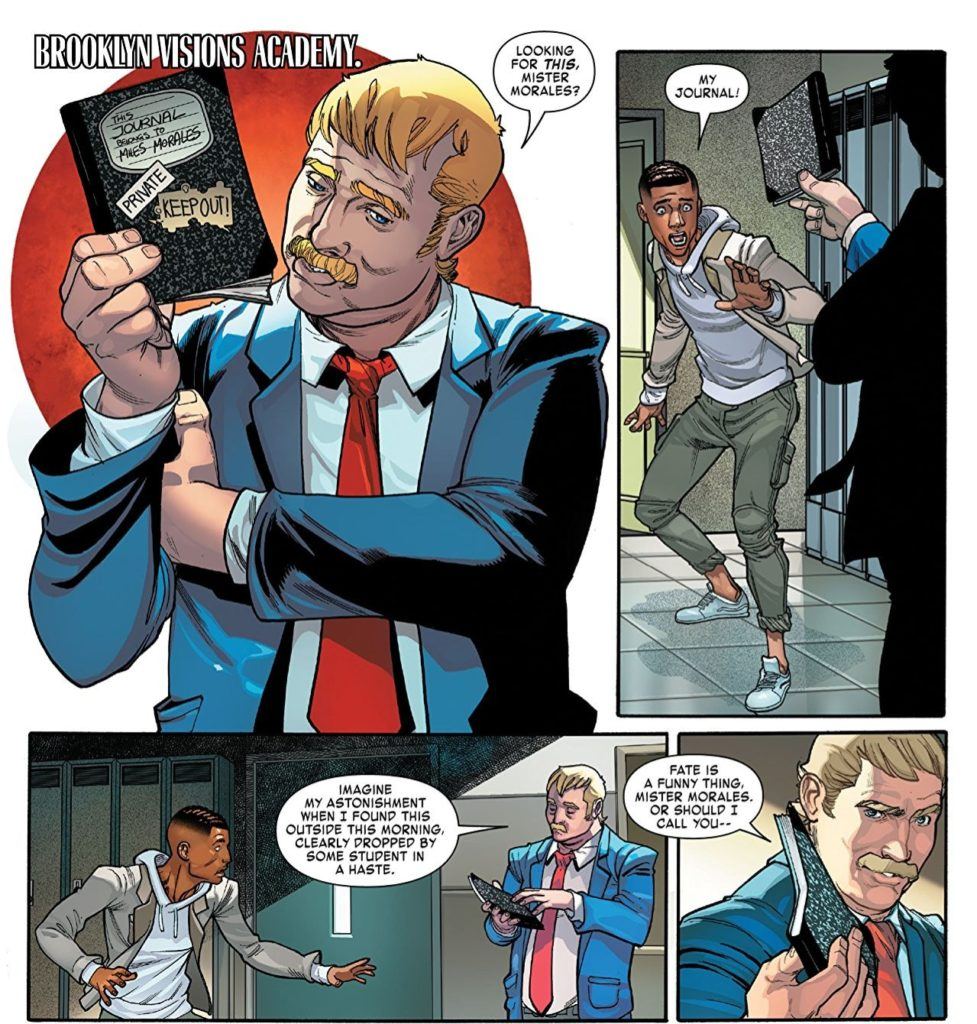 If you’re like me, you probably wrote Mister Dutcher off as nothing more than a knockoff of Dean Rooney from Ferris Buller’s Day Off. And to some extent, when he was first introduced, that’s the way it seemed. You expect him to be on Miles’ case, trying to catch him in the act of misbehaving, and have him expelled. What you don’t expect is for Dutch to be an actual threat. Dutcher finding Miles’ journal* and learning the truth about him being Spider-Man changes that. I think readers will be pleasantly surprised by how Ahmed develops Dutcher’s character after this moment. It definitely subverts expectations and paints him in a new light.

Aside from the latest threat to Miles’ identity once again being leaked, the best part about this issue is the action and the art. Javier Garrón definitely puts in that work as Ultimate Goblin makes his return with a few friends. I’m an Ultimate Universe stan. No matter how bad some of the stories got (here’s looking at you Ultimates 3 and Ultimatum), I still powered through them all. Ultimate Goblin is one of my favorite revamps of the Green Goblin, just for how menacing and terrifying he looks and his powers are. Garrón’s art nails Ultimate Goblin’s demonic presence and from there we get a good old-fashioned brawl to end all brawls that’s just a damn good time. 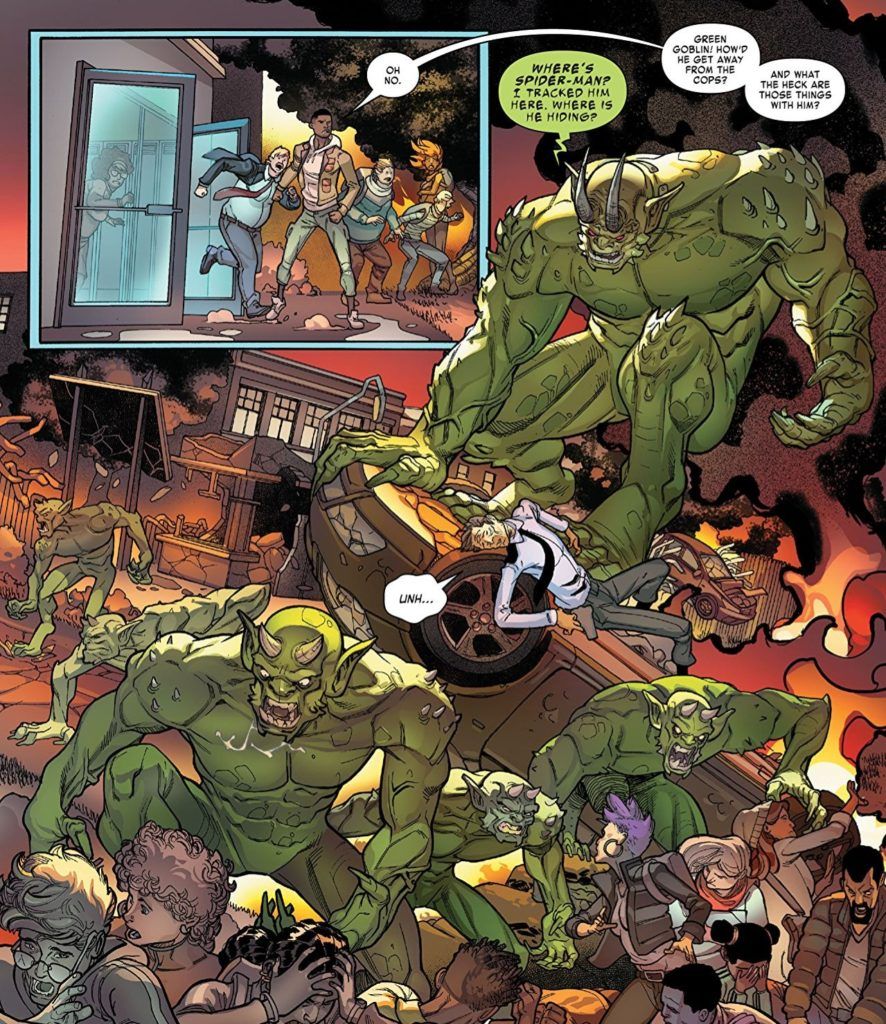 The battle against Ultimatum is certainly taking its toll on Miles. While I like the smaller, more personal character moments, I feel like the pacing of the main plot could speed up a bit. Ahmed is slowly working through the Ultimatum arc and one could get a bit anxious waiting to see more of it unfold. However, the writing is thankfully good enough that it doesn’t hold back any issue too much and there’s plenty to enjoy.

* Side note: Can we talk about Miles being dumb enough to actually write down he’s Spider-Man in his school journal? Miles is really trying to keep his track record for not being able to keep his identity a secret. Never change, bud.