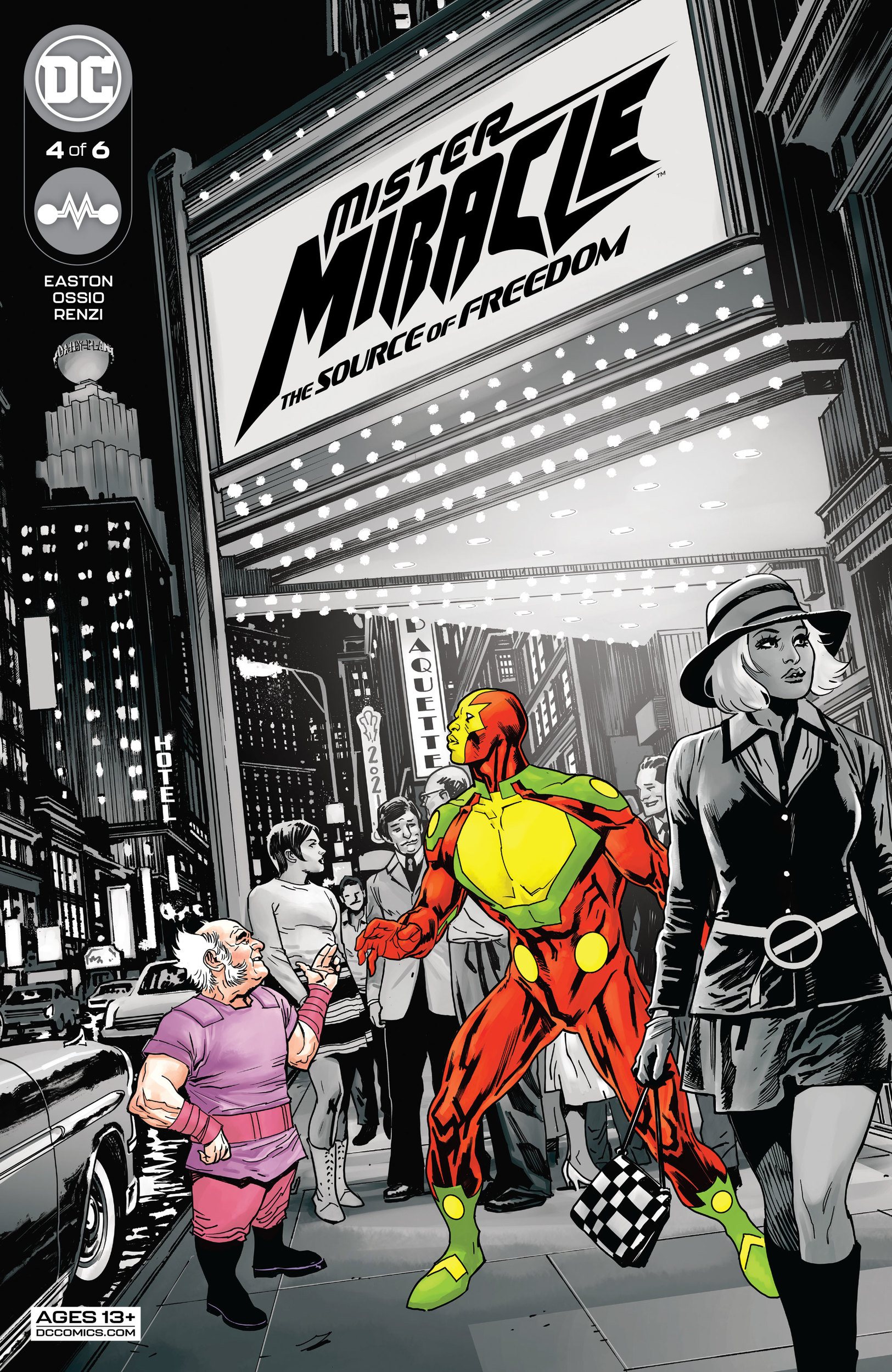 Mister Miracle: Source of Freedom #4 is my favorite issue of this series so far. It’s giving HBO Watchmen Hooded Justice vibes. They really just revamped and re-contextualized a Golden Era DC character right before our eyes.

This issue of Source of Freedom dealt primarily with the origin of Thaddeus Brown. In this iteration of the character, he was a young Black boy in the 40s/50s who fancied pulp novels. So imagine his surprise when a Motherbox showed up on his farm, granting him the powers of a New God.

I’m admittedly not super well versed in the Mister Miracle mythos, so I thought this was a new character. But I did some bare minimum research and found out that no, Thaddeus Brown has always been the first Mister Miracle, and Scott Free and Shiloh Norman always came after him. But he wasn’t always Black. Even with a name like Thaddeus.

Finding that out made this issue even more powerful for me. I know it deals a lot with the multiverse, but Easton Ossio and Renzi have done a fantastic job in one issue to make this character feel like he’s been here all along.

Mister Miracle: Source of Freedom #4 deals primarily in flashbacks as we learn about Thaddeus’ past, and Ossio and Renzi once again brought some heat with their art. First off, Thad’s design is great. He’s got that naturally strong look that dudes had back in the day. Not like the yoked guys we see today. Thad looks like he had a healthy helping of beef on the regular, as well as consistent honest days of work. Man’s was built. And his hair and facial hair combo is next level. My guy has that good hair combined with a mutton chop mustache combo and a nice smile to top it off. I know the ladies were swooning.

Secondly, it’s so simple, but seeing that old school comic dot art with an extra crisp digital layer on top is so appealing. And it does a fantastic job at differentiating time periods.

As always, I don’t want to spoil anything else about Thaddeus and his role in this book. You’ll have to find that out by reading for yourself. But take my word for it, you will be rewarded.