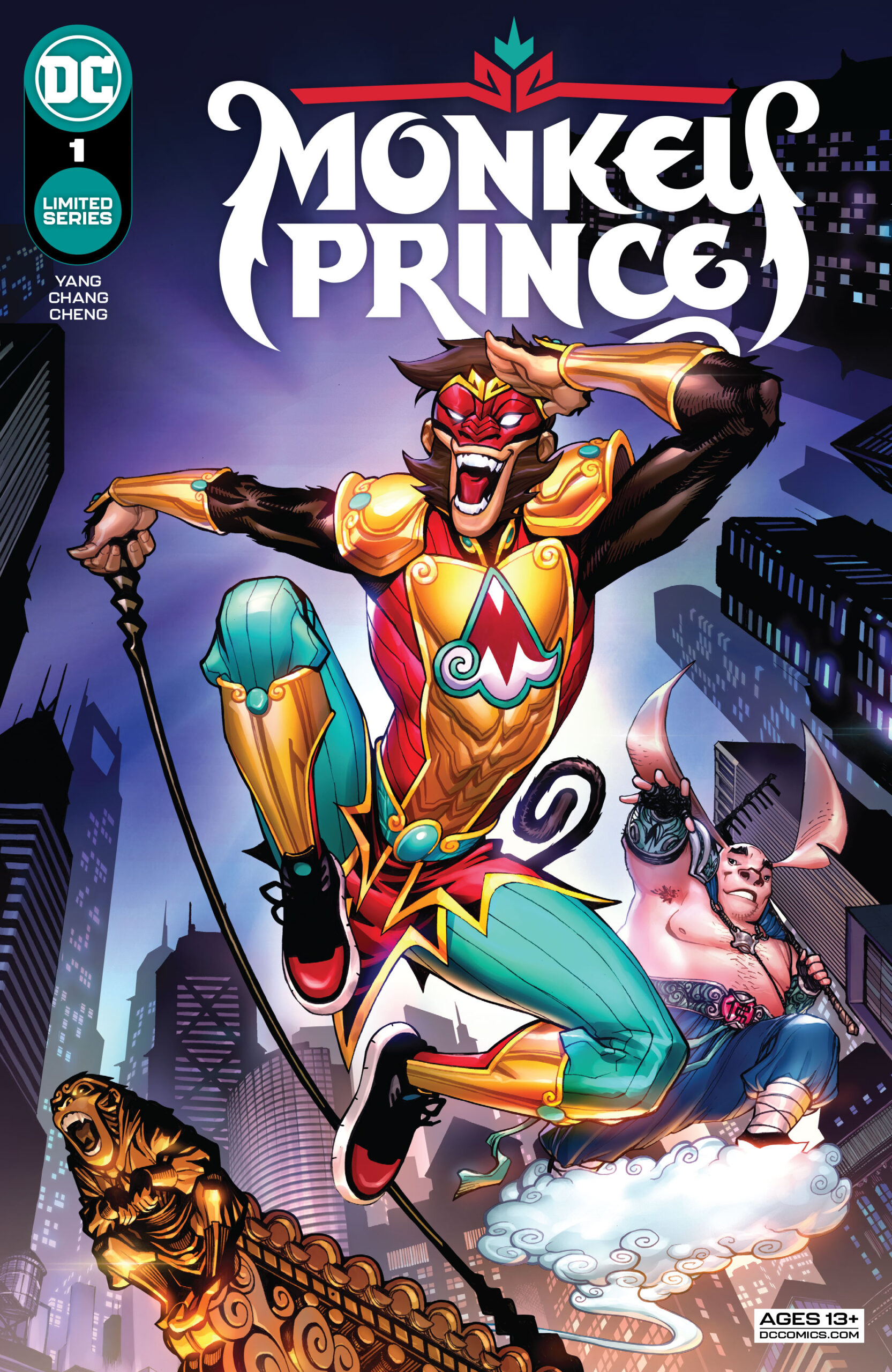 Spinning a twist on the classic Chinese story, Monkey Prince is made up of everything I want more from comics: new, original characters in their own books that don’t have legacy origins.

I know why we don’t see this more. It’s hard to sell a book when you can’t slap a familiar logo onto it, but I also think it’s important to have things stand on their own, and this book really does that well. It’s a breath of fresh air.

Monkey Prince #1 opens on the life of Marcus Sun, a teenager who has a fear of superheroes because when he was young Batman threatened his parents in the dead of the night. Why would he do that, you ask?

Well, his parents are villains.

This was an interesting twist that I wasn’t expecting. And it really feeds into the nuance of the book. This encounter with Batman from his youth is a pivotal moment in his life, something he has yet to get past, even when he gains his Monkey Prince powers. Seeing Batman is a debilitating thing for him.

Yang does a good job in Monkey Prince #1 building Sun’s world before his change that you really root for him to find some stability in life and figure things out. I’m still learning who the Monkey Prince is, but I’ve got a pretty good idea of who Marcus Sun is, and that’s a good thing.

I also love that they’re setting up an antagonistic relationship between him and Batman. He doesn’t seem like he’s a bad guy even though his adoptive parents are, but with this setup, it’s hard to see him and Batman ever working together. I’m so excited to see Marcus’ journey throughout this series.

This is one of those books that you’ve got to go out and support to show that stories like this matter, and that it warrants getting more like it produced. Take my word for it, this book is full of heart, authenticity, and levity. You won’t regret giving it a chance.

It doesn’t just talk the talk, it walks the walk. Behind the scenes is just as diverse as what’s on the page. When people get a chance to tell the stories that represent them, we all win.