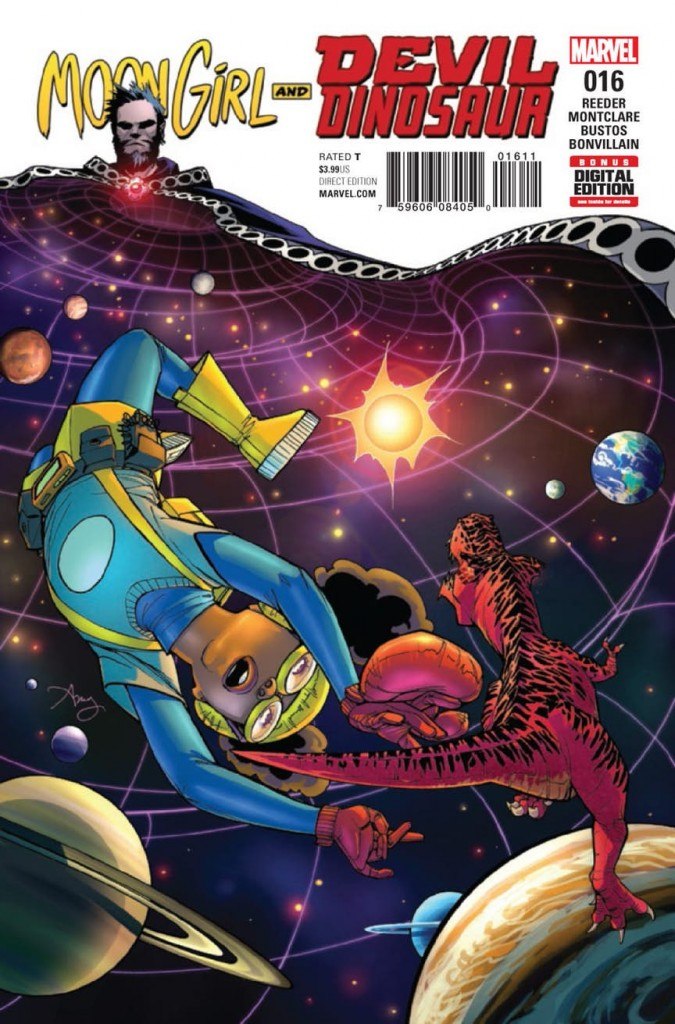 There’s only so many ways to say it, but Moon Girl and Devil Dinosaur is the truth. You’d be hard pressed to find a book that waves the banner of diversity prouder than Amy Reeder and Brandon Montclare’s tale of a young girl whose aspirations are larger than life just like her Tyrannosaurus best friend. Don’t be surprised if Lunella Lafayette ends up with her own animated television series sooner than later.

Issue #16 continues the “Smartest There Is” storyline with Lunella receiving plenty of attention from the superhero community now that she’s the smartest person on Earth. Her latest adventure takes her out of her comfort zone for a ride through the realm of the metaphysical for a team up for with… you guessed it… Doctor Strange. The issue does a pretty good job of creating a fun dynamic between Moon Girl’s perpetual inquisitiveness (with a dash of skepticism) and the charm of Strange’s well adjusted wackiness. At some point, every science based superhero in the Marvel Universe has to make peace with the existence of magic, but Lunella’s perspective is fun and endearing as is the case with just about every encounter she’s had so far. 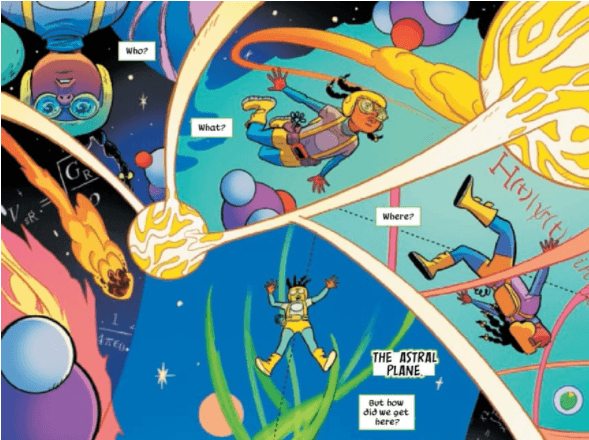 Visually, Natacha Bustos’ pencil work is perfectly serviceable in maintaining the whimsical aesthetic laid out from previous issues. Faces and mannerisms are well expressed and lighthearted. One thing I’ve always appreciated about this book is how skillful the artistic talent has been thus far at toggling Lunella’s look between utterly adorable and low key badass. That’s still the case here in issue #16. Watching Moon Girl stare down her foe, much like this book, is worth its weight in vibranium. Also, Devil Dinosaur’s current… umm… transformation might just be the actual cutest thing I’ve ever seen in a Marvel comic. You’ve been warned.

Bottom Line: Yes, the writing team is brilliant in their approach to putting Lunella through her paces. Yes, the book is consistently for all ages without being completely transparent or hokey. But before any of the technical stuff, this book has heart and that counts for a lot.

9.5 Hoary Hosts of Hoggoth out of 10
Reading Moon Girl and Devil Dinosaur? Find BNP’s other reviews of the series here.