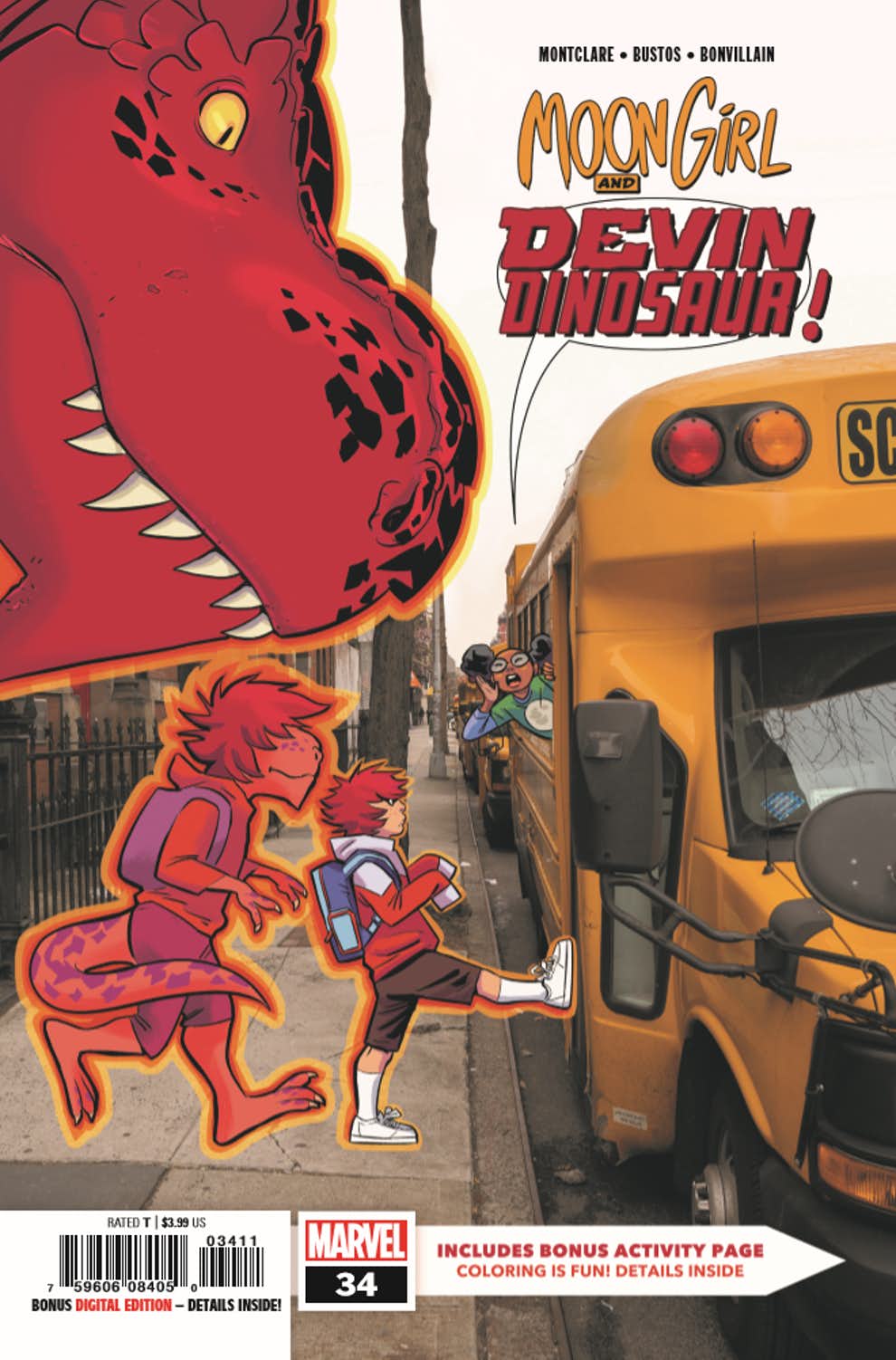 Issue #34 opens up with Lunella being forced to dive headfirst into yet another misadventure in scientific strangeness. This time, Devil Dinosaur has simultaneously easier AND more difficult to take with her around town. Meanwhile, the rivalry between Moon Girl and Princess, the Kingpin’s “daughter” (that’s never going to stop being hilarious) begins to heat up further…but mostly in Princess’ mind.

Brandon Montclare has this charming way of taking a ridiculous conflict and grounding it in real life drama that kids go through. Princess has obviously latched onto the qualities she most admires in her surrogate father in a bid for respect and friendship. Meanwhile, Moon Girl seems to naturally have these things without really trying yet doesn’t embrace them as other kids would because she sees school as beneath her in comparison to saving her community and, sometimes, the world. These conflicting personalities being translated as the philosophical differences between hero and villain makes for a salacious clash to come. 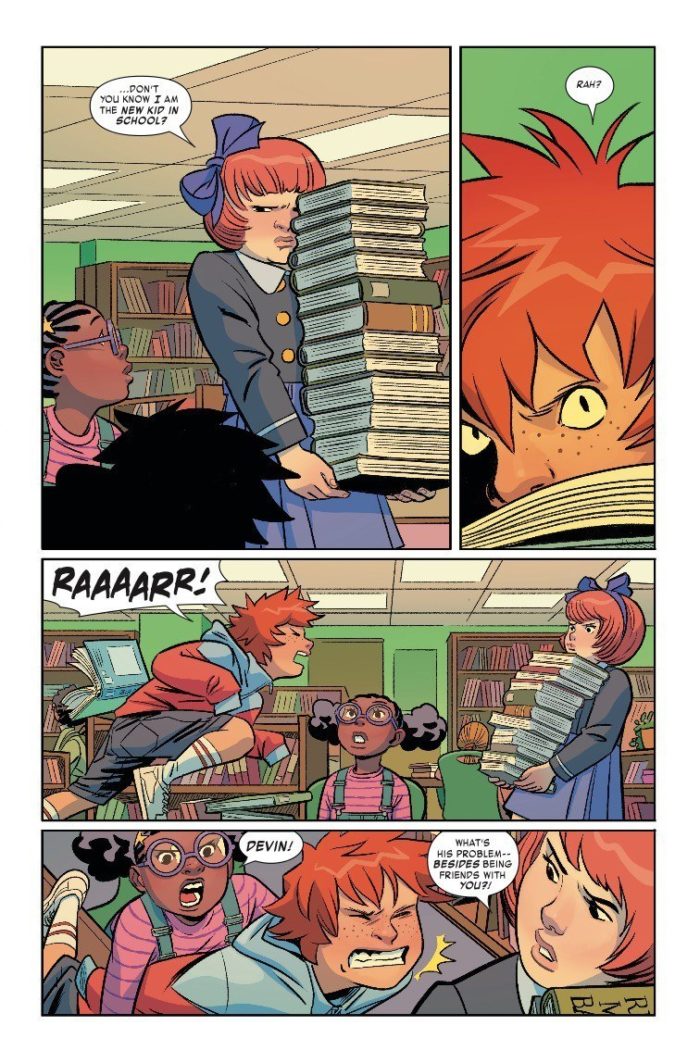 Visually, Natacha Bustos is firing on all cylinders, creating a fantastic yet familiar world in Lunella’s New York. Everything about Princess’ presence feels so ominous, it’s actually quite comedic. The best scene in the book is the very end where Moon Girl runs into some familiar friends that I wouldn’t dare give away for all the vibranium in Wakanda.

Bottom Line: This book delivers every time it’s out. Down to earth, hilarious, infinitely adorable Afrofuturism that new and veteran readers can both appreciate.