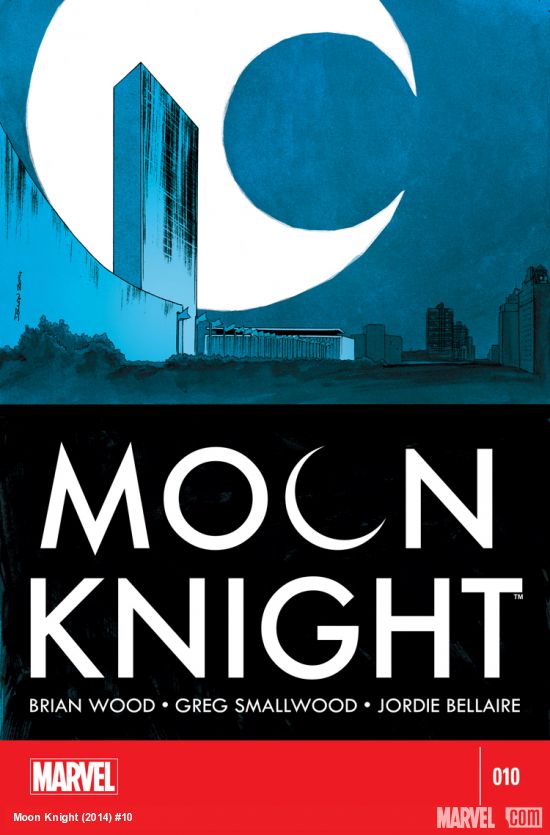 It was all good for Marc Spector about an issue ago. Until he got his shit ran by his “Doctor”. Now when I say he got his shit ran, I mean she straight up stole his Moon Knight avatar persona. How you get robbed of your avatar man? How the Egyptian God you been serving get drafted to another squad that easy? Khonshu ain’t even give an interview about taken his talents to south beach either. He just packed up like, “Well this was… yeah”. I was invested in this in seeing how the Doctor would operate as Moon Knight. We got a black woman that had her whole village merk’d. We already saw she isn’t about the politics game. She is here for good old fashion eye for a fucking eye (even if you wear glasses) revenge.

This also sets another dynamic as taking Marc Spector out of the Moon Knight role and it now being a women of color in the driver’s seat. The Doctor last issue was basically saying to Spector, “Fuck your white savior idealistic beliefs in the law. We riding over here”. The Doctor isn’t as hands on as the previous Moon Knight. She starts coercing a guard at the UN to do the dirty work for her. She profiles this guard and pries on their similar circumstances growing up in order for her to be the one to assassinate Lorr, the dictator that ruined her life years prior. 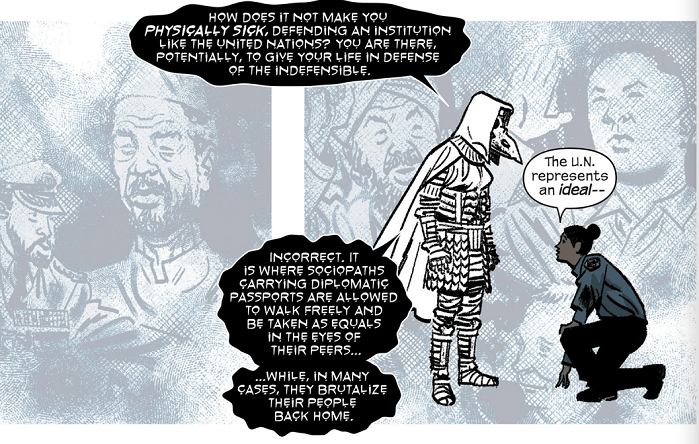 Being that the Doctor is a psychiatrist it makes sense that she operates on a mental level. Where as Spector was putting himself in the field, we see the Doctor Manipulating others to her dirt. This was smart on Wood’s part. Greg Smallwood did a great job setting up the landscape of memories and reality the story switches between. The best part is the disheveled and clearly worn out Marc Spector hoping back on the scene. It looked like Spector straight up ran to the UN building after escaping that bomb. I think he was in flip flops too which makes it even more hilarious.

This is going to be much more of a psychological battle Spector is going to be involved in with this… I don’t want to call her a villain so I will say vigilante. I fux with Brian Wood’s work on Moon Knight man. This guy is stepping the cape game up.