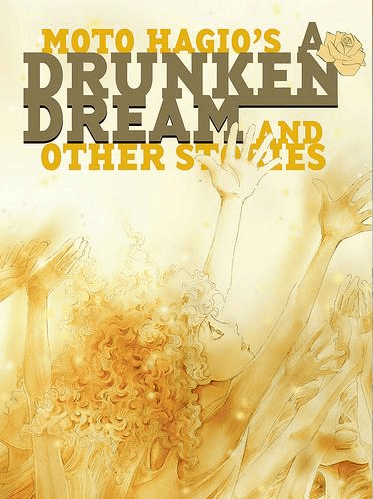 An avid comic book reader since my youth, there was something that drew me into manga as a middle schooled aged kid: shojo. As much as I loved the diverse and female friendly X-Men and other heavy hitting, well loved characters from both Marvel and DC, there was always a deep set desire to see MORE. A desire to see more girls in comics. A desire to see more women BETTER represented and in the spotlight in the world of comics then I stumbled upon shojo, or shoujo manga.

Manga, if you are unfamiliar, is the term used for Japanese comics. Manga is read in a different way than Western comics: some refer to it as “flipped”, the panels are to be read right to left. In Japan reading manga is considered something of a national pastime, where people of all ages can take part in.

The loosest definition of shojo manga that I can come up with off the top of my head is “ a genre targeted to girls ages 12-18 with stories centering on human interaction that may or may not have large doses of drama and romance”. But even that definition seems lacking and very one dimensional; for older women read shojo (AND write create it), not only girls read shojo, (boys too, but a far larger amount of girls do) and Not every shojo title ever in existence today confirms to the borders of my narrow definition that I provided above.

But that’s the magic of shojo manga: it is a genre in manga that continues to evolve and stand out. Shojo manga continues to vary in artwork and content—either it be a title centering on one’s first love (Like “Kare First Love”), a highschool drama that reveals the struggles of being a teenage girl and acknowledging the importance of self love among other issues (As in “Doubt”), an magical girl type body of work (Like “Card Captor Sakura”), or the fantastic gender-bending shojo story that gives you a character that cuts down gender roles and shines bright (Like the sword-toting Utena Tenjou in “Revolutionary Girl Utena”)…Shojo Manga cannot and will not be something that can be ignored and denied it’s rightful place at the table in regards to comics, manga and the voices of women both creators/ artists and the fans: the women who cherish shojo.

If I may even be so bold, I’d definitely say that Japanese manga, but especially Shojo manga has infiltrated and influenced just about every part of the globe. One would only have to type in “Sailor Moon”, in an online search engine to see the worldwide, unabashed love of the now twenty year plus old magical girl, Shojo manga and anime. (Shout out to Sailor Pluto! To paraphrase what my fellow Senshi/Sailor Scout and fellow Black Nerd Problems comrade Lauren once told me: ONLY the dark skinned sailor senshi gets her planet status revoked. *cough*) And did I mention the reimaging of the original Sailor Moon anime coming soon to us all in this July?! ( Thoughts on the newer character designs?? Yay or Nay?)

I’d say two years ago I got my hands on the manga known as “Princess Knight,” created and drawn by Osamu Tezuka, known to most as the “Godfather of manga”. It is the story of Princess Sapphire, born with two hearts (but she’s not a Time Lord), one a “boy heart” and the other a “girl heart” who has to pretend to be a male prince to inherit the throne (to stop the throne to falling into less honorable hands). The adventures of Sapphire include many memorable characters including a pirate, a witch, an angel charged with helping her from his mistake of accidently giving her too hearts. A few themes included within this manga include challenging gender roles, sacrifice, death of loved ones and rising to the occasion to combat evil, true evil. (Check out them eyes!)

But who else? Who else was a major player in the world of shojo? Where are the women folk? Whose work can we lose ourselves in?

Some forty years ago, a young woman by the name of Moto Hagio tried her hand at shojo manga in a movement by other female talent, known as the Magnificent Forty-Niners (although Hagio is also one of the “24- Gumi”), that re-invented the genre, adding special emphasis to stories that showcased emotion. ‘ll take this time to note that this particular group of women inspired many future female manga artists, one being Rumiko Takahashi. These young women even took part in creating a sub-genre in manga that we know today as “Shonen-Ai” or “Boy’s Love” better known nowadays as Yaoi. Apparently unbeknownst to me at first, but earlier on, the shojo market was dominated by men! The efforts of female writers and artists were truly tested as these ladies had a trying time in attempts to their work seen and published. Much as Hagio’s work was rejected for being “ too heavy” content wise when most publishers at that time were looking for “light stories”.

Moto Hagio’s stories are ANYTHING but light This book covers 10 stories that span her career : from 1977’s “Bianca” a short tale of a tragic childhood inspiration to a painter to the more recent, extraordinary “Willow Tree” (2007) which left me in tears.

It was had. Difficult but I’ve chosen my favorite three stories of the book to share with you in this review. The first is “Hanshin: Half God”. This manga short showcases the agony of Yudy, the intelligent sister of Yucy who is her twin sister joined at the hip for they are monovular. Yucy is beautiful, constantly doted on and constantly dependent on Yudy. Yudy is her crutch, her caretaker and the one who begins to despise her most in the world. She feels burdened and cursed by God to carry on such an existence To Yudy’s delight, a doctor tells her family the news that that two girls can be separated and the story shows us the devastating effects of what follows.

The second story that made the list was “Iguana Girl”. This is a telling, uncompromising story on the influence of a mother’s love and what we see reflected in the mirror. (Remember folks, right to left. This is Manga!)

Rika, lives her life feeling unloved for and uncared for by her mother who sees her first child as…an iguana from birth. (Remember folks, reading from R- L. This is Manga!)

Rika goes through life seeing herself as ugly, unworthy of love and affection—also seeing some people as animals, hilariously. A twist of irony displays itself front and center here when married and a mother—she has a normal, human child! I won’t give away the ending but a truly, a gem! Maternal love plays a huge part in how our lives are shaped: how we see ourselves, how we love ourselves and ultimately how we see and function in the world.” Iguana Girl” is not different and a true testament to the sometimes, bizarre, relationships parents and children share.

“A Drunken Dream” is a manga short that you will want to reread. You’ll want to reread because it is a sci-fi tinged story that leaves you longing—because the two start crossed lovers here meet again and again through different lifetimes unable to stay in each other’s arms. Unable to consummate their love. Unable to look upon each other without the other dying. (Reading the panels from Right from Left)

And they seem doomed to repeat this process, regardless of being vaguely aware of how familiar the other looks. “Time sees this same dream. It sees the same dream again and again…” are the words tucked away in a few panels on some of the last pages. Haunting. A never ending cycle. Definitely a must read: you’ll sucked in and brought along for the ride seeing the two characters driven to attempt to beat the odds, to beat the cycle each time and you’ll be waiting with baited breathe till the end.

Ultimately, Moto Hagio’s “A Drunken Dream And Other Stories” is a must read for any manga enthusiast. It is a must read for any person who considers themselves a fan of the Shojo genre. As an artist she painstakingly created worlds and characters coupled with the consciousnesses and actions as a writer that when combined result in what I would consider superb, a supreme work in itself. This collection is a grand example of the definition of manga and a true craft of a talented and revered master.

Do yourself a favor and immerse yourself into only what is a glimpse of Hagio’s work and find yourself scrambling to find more (I’m off to read “Heart of Thomas”) Let it be known that this collection is NOT the complete works of Moto Hagio. She has had a long and celebrated career and is, to my knowledge, active. Also collected in this hardcover is the insightful “Moto Hagio Interview” conducted by Matt Thorn, translator and ‘cultural anthropologist ’ and the much needed written piece titled, “The Magnificent Forty-Niners” (also written by Matt Thorn) which introduces us to the phenomenal women who revolutionary women who girl’s comics back in the 1970’s.

(Final Notes: The integrity of the manga is preserved in the traditional, “unflipped” way meaning it’s read the way it is in Japan-back to front and read right to left.” )