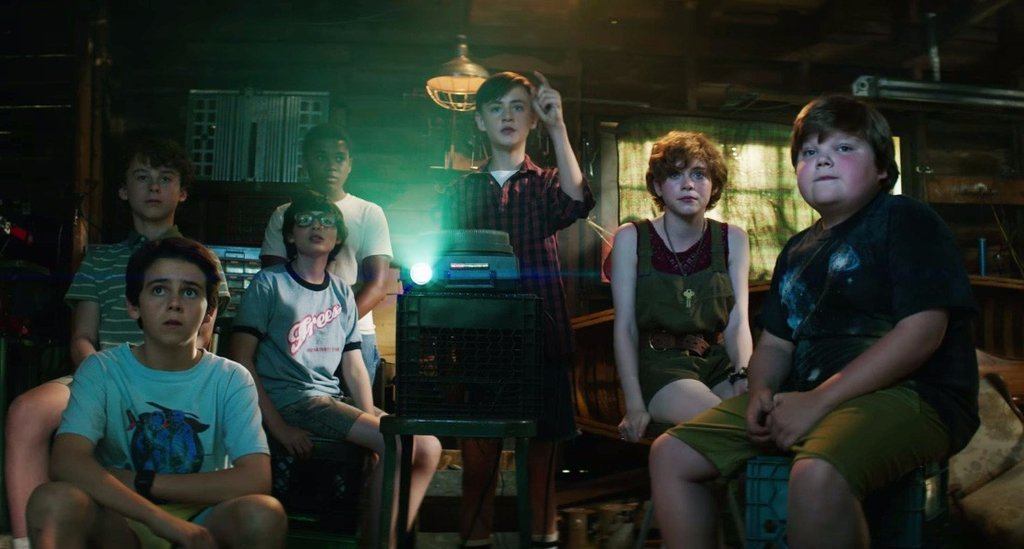 I was dreading the press screening for the remake of the classic Stephen King horror novel-turned-film IT. Don’t get me wrong, I have this weird pull towards horror. Growing up, I was into watching Michael Myers and Jason Voorhees be colossal jackasses; but the thing was, I had control over the remote. If shit got a little too spooky for me, I could switch to another channel really quickly and then come back to the aftermath. I can’t do that in a movie theater. So, I was not looking forward to being scared shitless in a crowd full of people I didn’t know, and I definitely was not looking forward to being afraid of a demonic clown trying to rip my face off in my apartment in front of my cats.

Real quick plot; Sleepy and quaint Derry, Maine isn’t particularly special except for one bone-chilling fact: Every 27 years many of the town’s children go missing. No one really truly understands why and for some reason, not many people remember. It isn’t until young teen Bill’s (Jaeden Lieberher) kid brother Georgie goes missing that the rest of the Derry’s misfits, The Losers’ Club, band together to fight the evil lurking underneath the facade of charming small-town life.

If you are familiar with Stephen King, you probably have heard of IT — it definitely influenced the cultural paranoia and aversion of clowns. This creepy being manifests into Pennywise the Dancing Clown, and feeds off the fear of his victims. IT is able to conjure whatever you’re terrified of the most, and if you can’t overcome it, IT will probably wreck you. In the most bloody and brutal ways possible. You know from the get-go that this clown is some other kind of shit because he’s destroying kids, which takes this film to a whole other level of monstrosity. 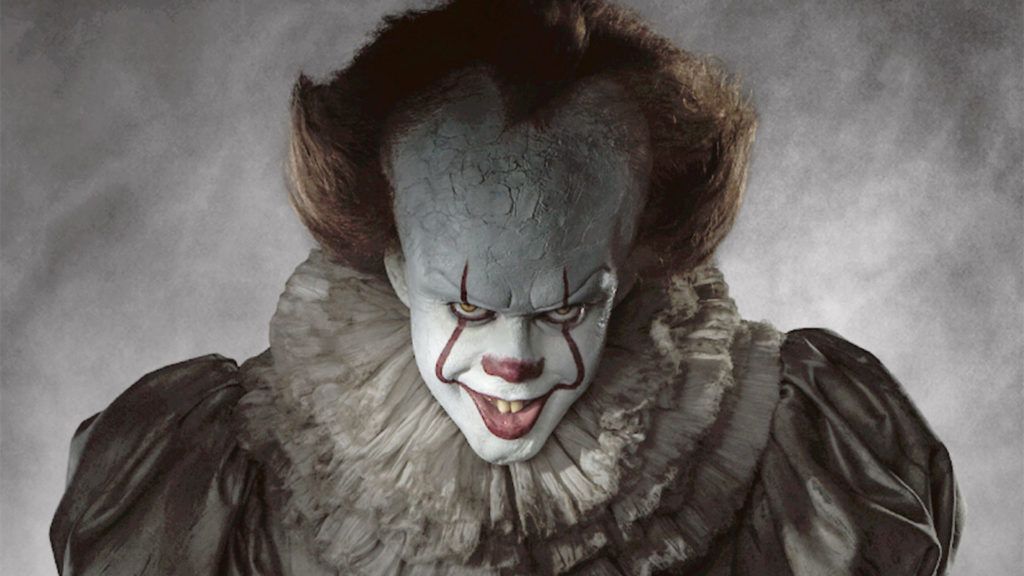 IT is a creepy motherfucker just on its own. It’s a clown; you are halfway there to being scary as shit. The second half relies on the performance to the audience. In my opinion, this clown relied a lot on jump-scares to put you on the edge of your seat. There were moments when IT (Bill Skarsgård) is just solo on the screen and I was just thinking how ridiculous he looked and acted. Which is odd because he’s a demonic mass murderer, but he just seemed like a Joker cosplayer. When IT had to speak a long dialogue, Skarsgård was trying way too hard to come off as creepy. It didn’t seem as authentic as Tim Curry’s version. To be fair, I have only seen clips of the original 90s miniseries.

To be frank, Curry had Skarsgård beat here; mostly due to the tech of the times. Curry relied more on his skill as an actor to invoke fear in the audience; Skarsgård has a leg up with better editing and better technology. ALSO; I’m not sure how big of a **spoiler** this is, but this film is slated as Chapter 1. This is the part that focuses on the childhood experiences of the Losers’ Club, and the second part will probably depict their adulthood. So, we’ll more than likely see Skarsgård again in a different context. Who knows, they could up their game for the next film.

BUT WAIT. YOU KNOW WHAT WAS REALLY FREAKING AWESOME?! THE ENTIRE CAST OF THE LOSERS’ CLUB. YOU GUYS. THIS. FILM. WAS. HILARIOUS. Like piss my pants, tears coming out, holding my sides, can’t believe it kind of hilarity. Tad exaggeration, but GODDAMN did these non-conformists rock. The banter between these seven kids was pure perfection. Everything flowed really well when they were onscreen together, and you almost can’t believe that people that young can be so talented, especially with a horror genre. Mad props to Finn Wolfhard who plays Richie, because he just comes in for the kill (no pun intended) in every conversation. You know this guy from Stranger Things, and I feel like he works well here because the film has that horror/sci-fi vibe. 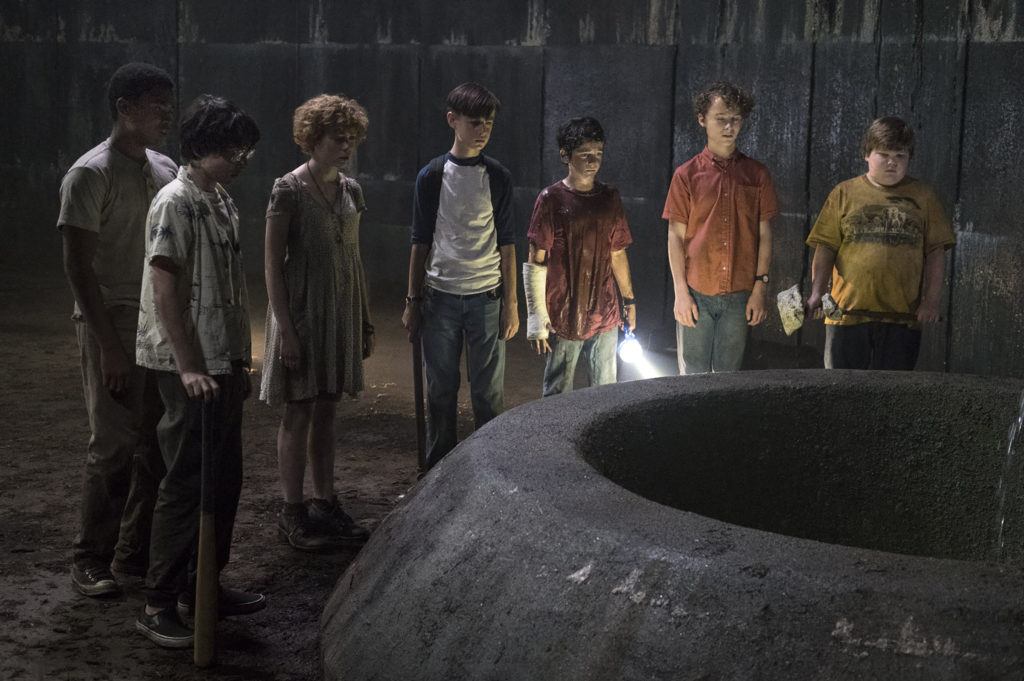 I was so surprised by how funny the film was. It worked because you start to care more about these characters and their individual struggles. The themes of grief, fear, adolescence, neglect, and friendship are strong, and with humor peppered heavily throughout, the overall feeling is well-rounded and genuine. I do have a complaint on how they treated the only POC/Black character Mike Hanlon, played by Chosen Jacobs. It was pretty clear how limited his time was on screen, as well as his interactions with the Losers’ Club. He was the last kid to join them, so he missed out on a lot of events that cemented the bond between all of them. More POC presence would have been welcome, especially from the point of view of someone living in the far northeast.

Basically, I highly recommend this film. I went in with low expectations; I didn’t think it would be very good at all. BUT I WAS WRONG. SO WRONG. And I am incredibly glad for that. (I’m not glad that I occasionally think of IT’s face popping up, but whatever.)