My oh my, what have we got here! It seems USA has finally struck gold with Mr. Robot. Headed by the absolutely phenomenal actor Rami Malek as Elliot Alderson, an engineer and cyber security whiz at Allsafe Security in New York City. He has an insatiable thirst for hacking and is damn good at it. The tone and intensity of this show is what will make you disregard the fact that this show is filled with coding computer screens and corporate intricacies all the damn time. Elliot’s company is employed by E Corp, one of the biggest conglomerates on the planet, but Elliot only sees Evil Corp when he sees the company’s logo or hears the name because he passionately hates them and every huge corporation that sucks the country dry and leaves billions of dollars of debt in their warpath.

The first 15 mins of the show absolutely destroys our ideal of society and the fixations of 90% of our society.

Elliot has a best friend friend named Angela Moss who has terrible taste in men. One night she calls Elliot up to help her get out of a cyber attack on Allsafe. He shows up and has to do some serious work on the computer boards and saves the company from being shut down for days, which would’ve lost them their business with E Corp and 80% of their revenue. At the end of the cyber attack, a mysterious message pops up for Elliot.

Did I mention that Elliot is a productive morphine addict? Yeah, apparently all you gotta do to is limit yourself to 30mg per day so you don’t build up a tolerance to the stuff. I don’t recommend such actives. Elliot uses it to combat his loneliness.

He has some of the most severe social anxiety and depression I’ve ever witnessed on screen. He also talks to himself, or the person in his head. I love it when shows capture a great way to break down the 4th wall, and Mr. Robot does an amazing job at it.

While riding the train, thinking of ways to hack random people he encounters or discovers are scumbags, Elliot is approached by a man wearing a Mr. Robot jumpsuit who mentions the weird message at the end of the cyber attack, and brings him to a hacker hive run by a group of anarchists named fsociety based out of a secret arcade in Coney Island. Elliot is gassed to take his intrusive hacking to the next level. First step of the plan is for Elliot to destroy the life of an E Corp executive and start the revolution that Mr. Robot dreams of, and then they plan to blow up a pipeline leading to a gas plant near the highly secure Steel Mountain outside Albany because it houses all backup data tapes of the major corporations, including E Corp.

Destroy a potentially innocent man’s life? No brainer. E Corp CTO Terry Colby is sent to jail. Let’s kick it up a notch and jump right into phase two. But wait… Elliot’s torn between blowing up the pipeline and compound and murder tons of people as collateral damage, not to mention the plants and animals in the area they would decimate.
He is torn between his desire to bring down these members of the 1%. He could take down these CEOs and corporations and erase basically all debt from the world… Buuut he doesn’t want to be labeled a killer from that point on. He gives the a big F you to fsociety and dips out of there.

On the Q train ride home he realizes he’s in this whether he likes it or not.

Elliot gets his morphine and some sexy time from a girl named Shayla who works for the drug lord of the neighborhood. After going to Shayla’s apartment for a re-up, Elliot has quite the interesting conversation between him and the drug lord that involve a few gun-pointing threats and them becoming “friends.” Elliot sets his eyes on destroying every aspect of his life after finding Shayla in the tub with no memory of how she got there and a fresh bruise on her face, clearly showing that this clown has graduated from fondling Shayla to straight up abuse. This scene was particularly polarizing to me. There was so much dialogue between these two men that was spot on about how interwoven two lives can be. Too bad Elliot has every capability to end someone’s very existence if he feels it’s justified.

Elliot’s best friend Angela and her boyfriend Ollie get hounded by a white rapper pushing his CD on the street. This scene was so typical in NYC that I was shouting at my TV screen how absurdly correct they captured a random guy finally caving into some terrible rapper they see once or twice a week. Ollie even tells him that he will tweet about the CD… but only if it’s good. I was dying! Turns out that white rapper is another hacker preying on unsuspecting folks. As soon as Ollie pops the CD in his computer they have access to everything on Ollie’s laptop, including the open video camera taking pictures of Angela as she gets in the shower.

Elliot finds Mr. Robot and starts to talk to him about his new plan for eradicating the data base, basically trying to hop back on board with fsociety. Mr Robot’s like, nah son, you owe me a debt to be down with the set.
Elliot agrees to tell Mr. Robot about his relationship with his father and keeps it mad real. Pops was his best friend and told Elliot that he was dying from radiation caused by the company dad worked for. Dad didn’t try to do anything about it and when things got worse, Elliot said his mom and dad never spoke to him again until his death. Right after the history lesson, Elliot asks if they’re good and Mr. Robot shoves him off the 20ish-foot pier they were sitting on.

DID THEY JUST MURK THE FACE OF THE SHOW? Episode 3 opens up with the Senior Vice President of Technology at E Corp, Tyrell Wellick, hyping himself up for a job interview on some American Psycho type shit.

He gets denied before getting a damn foot in the door. In order to alleviate his pain he finds a bum, pays him, and beats the living daylights out of the homeless man. Patrick Bateman on 100.

**Spoiler alert** Elliot doesn’t die. But, he does wake up in a hospital bandaged up with his psychiatrist and dope dealer homegirl staring at him. He has to agree to taking a drug test for her to sign him out, but it’s really just to show us that he has the hospital hacked and can alter his records to look like the rest of the sober sloths of the world.

Ollie gets an ultimatum by the rapper hacker (who I know personally, by the way, but enough about me). Ollie’s a piece of shit though, so Im not mad about him getting exposed.

Elliot returns to work and gets invited to dinner by his boss, Gideon. Boss asks for the room and Elliot shuts his ass down real quick. Mr. Robot winds up chillin at Elliot’s desk and bodies him into going to the bar next door for a quick drink. And by quick drink, I mean they both order $12 appletinis like Carrie and Samantha. Mr. Robot realeases him from his vow and Elliot goes full typical American and cops some Starbucks and promises to go to dinner with his boss.

Elliot and Shayla have a real heart to heart when he asks her to go to dinner as his girlfriend. Shayla tells him that he doesn’t even know her, then drops her crocheting hobby on him and they boo up.

Tyrell Wellick comes stumbling outta the club and grabs up this Rico Suave Dominican-looking dude and tongues him down in the streets.

But really, this was a ploy to sleep with the dude and hack him in the morning while simultaneously showing the world how easy it is to hack an Android phone. Seriously, a child could do it. Elliot and new bae go to the dinner party and have a blast until that text comes flying in to turn on the news. BOOM news is reporting that Lynch, the E Corp Executive that Elliot brought down, knew about the toxic waste radiation that was killing his employees back in ’93. In his head, Elliot knows Mr. Robot just found his ‘Bug’ as they like to say in the hacking world.

That all leads us up to this week’s episode.

We kick off with a drug addicts worst nightmare, the dreaded last line. That feeling that withdrawal is coming at some point in your near future. With Shayla’s distributor in jail, at the hands of Elliot because of the tub scene, they no longer have a drug supplier.

Elliot finishes his stash and heads over to the arcade hack-a-thon and lays out the plan to nix blowing up the Steel Mountain pipeline and his desire to instead hack the temperature controls and raise them so high the data back-up tapes burn out.

They split up the gang. Darlene and Trenton stay in BK and the guys head upstate, but halfway through the trip the dreaded last line finally creeps up to Elliot and he goes full dope-fiend withdrawal. He wraps himself up in a hotel bed and starts sweating, tweaking, and bugging out.

2 members of the fsociety squad bounce on the operation, leaving just Mr. Robot to figure out how to snap Elliot out of his withdrawal.

Meanwhile, Darlene convinces the quiet yet deceiving Middle Eastern girl to hit up the most dangerous hacking group on the planet… but first, they have to get mischievous out at the bar.

At the upstate hotel, Mr. Robot buys into Elliot’s genius idea to get Elliot one more hit to get his mind right and drops him off at the ill trap house where the OG dealer feeds him that needle while the Trap Queen starts to straddle homie, and out of nowhere, a gunfight breaks out. The Trap Queen and Elliot both get shot and Elliot starts hallucinating some wild images.

Elliot sees some insane Pleasantville-type flashback dream, then walks into his apartment and starts talking to his Beta fish who transforms into the dinner that Angela is eating at a restaurant while Elliot watches his mom and younger self across the room. He bites into his food and a key is inside that makes her think he’s proposing, and they run out of the restaurant into the arcade pad where things get even weirder.

He wakes up in the hotel alone. Until Mr. Robot appears and tells him that he’s not alone. It was all a dream/withdrawal hallucination and they’ve been at the hotel the entire time. Make what you want of all that.
The next morning, the crew, including the one black homie! walks into the room with that all-natural withdrawal remedy. With the squad still intact and Elliot back to full strength, they head for Steel Mountain for the destruction of the country’s data trove.

I really have to say, the creator of Mr. Robot, Sam Esmail, has himself a bonified hit on his hands. USA will finally have a show that may propel them to baby-AMC levels of quality if they can follow this formula with future shows. Hopefully the season finishes as strong as this start. There’s no indication that it shouldn’t, at this point.

This show scares the shit out of me. Hackers have the ability to play god in today’s society. Intimidating thought. 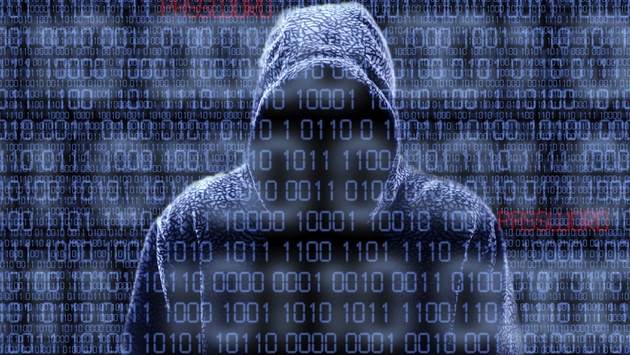