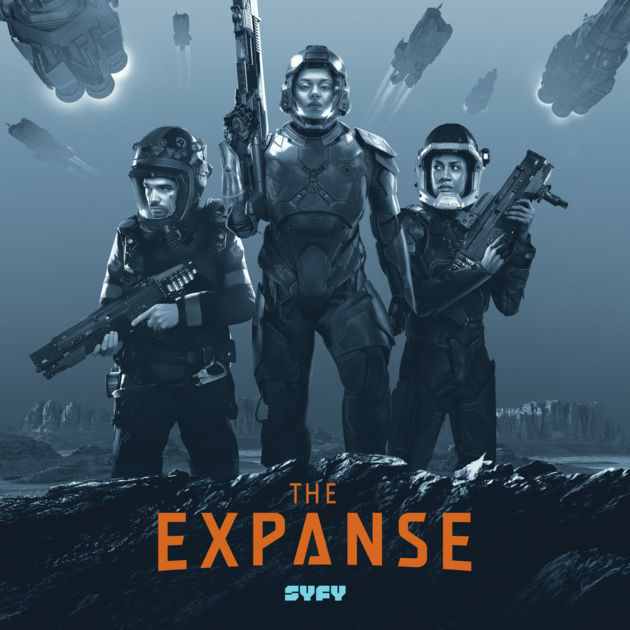 First Dark Matter, now The Expanse. That’s two space opera sci-fi tv shows cancelled by Syfy in the last 9 months. In the meantime, Star Trek: Discovery kicked off on CBS Access, to rave reviews by fans but middle of the road commentary from everyone else. All three shows follow in the tradition of previous Star Trek series, Babylon 5, or Battlestar Galactica — star-jumping ship crews, inscrutable aliens, brash men (until recently almost exclusively) colonizing or “decolonizing” other planets.

The big change of these last few years in science fiction entertainment is that ethnic and racial diversity in the shows has finally moved past lip service and tokenism to a truly apparent dedication to showing human variety on screen. At least as much human variety as alien, anyway. We know there’s an audience for this kind of show. But now with the cancellation of the two series on Syfy, where will large-scale science fiction shows that at least pretend to represent a range of racial and ethnic identities be found? 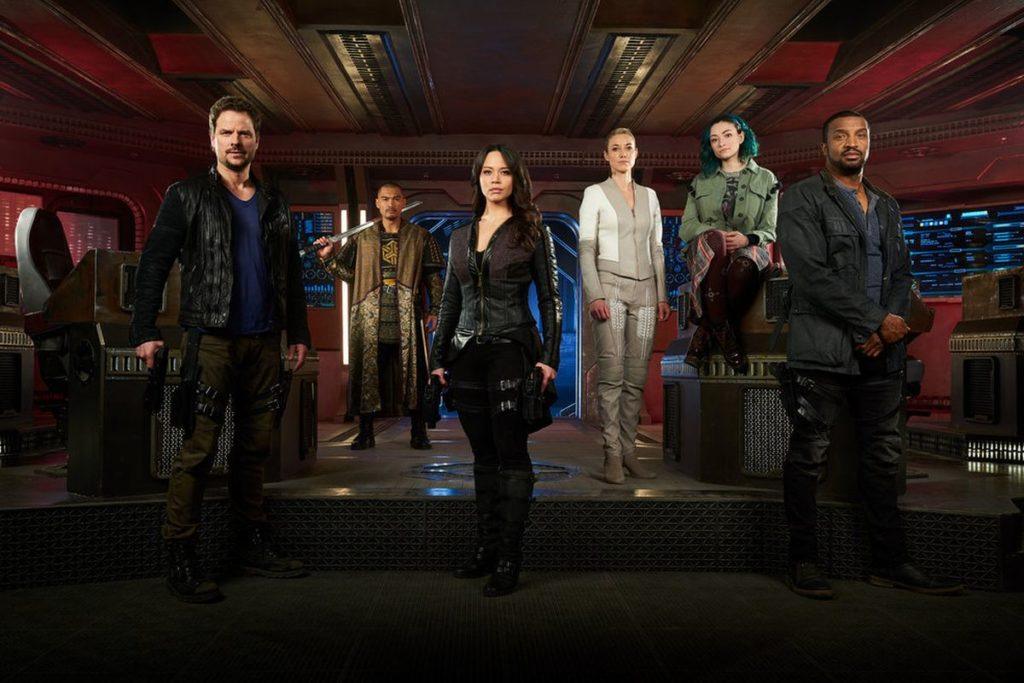 Premiering in 2015, Dark Matter followed a crew (and additional hangers on) on the ship Raza as they struggled to regain their memories and figure out how they got into this utterly sci-fi situation. I wouldn’t call Dark Matter excellent watching, though. The plots often left me with more questions than answers and not in a good way. It will never cease to amaze me how writers will have people work together who clearly hate each other, in the name of “Well, we’re here now.” Nah. Why should I follow one bad decision (getting with you in the first place) up with more bad decisions (staying with you as we risk life and limb)? Also, the sexual tension was, um, awful.

With that, I watched the hell out it. Dark Matter improved as Season 1 progressed and was developing into a fun, mystery romp. According to series creator Joseph Mallozzi, the show was headed great places with an alien invasion and an android revolution both kicking off in planned seasons. The cast had solidified and big questions were getting answered.

Significantly, Dark Matter featured a diverse cast with Melissa O’Neil (Two), Alex Mallari Jr. (Four), and Roger Cross (Six) — all people of color — holding it down as half the folks on the ship. There were plenty of nods to cultural differences between the characters without those differences always being the source of conflict. While it was a dystopian future universe, we’d all made it into the future alive. Sometimes watching the news can make that seem impossible. Sci-Fi TV can seal that deal, showing crowds and crowds of white faces with one or two people of color, but no real indication that we’ve all gone into the stars together. 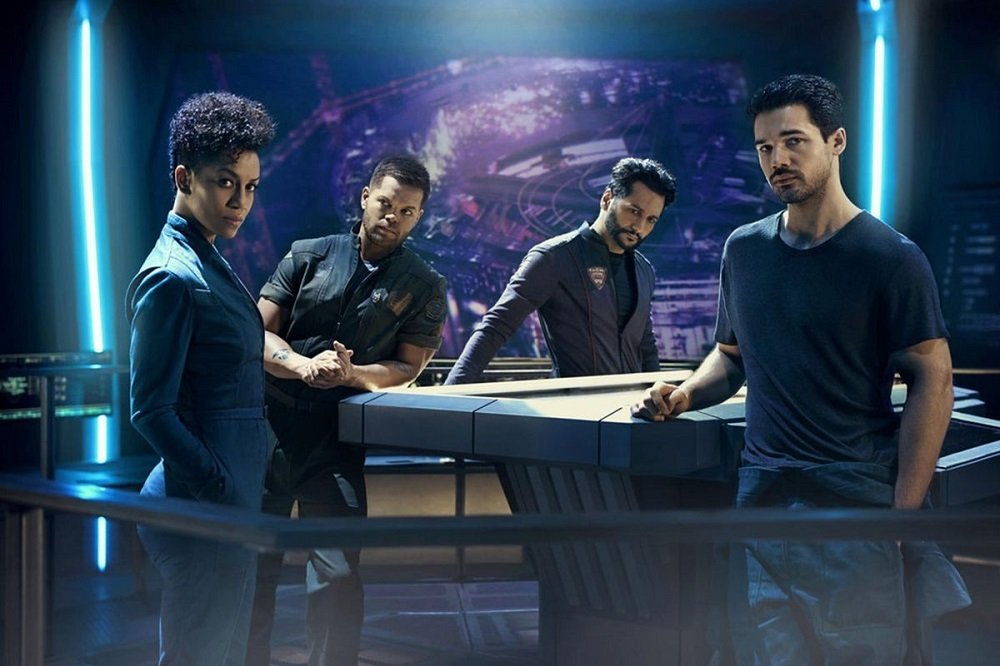 The Expanse also premiered in 2015, but its reception differed greatly from that of Dark Matter. Sometimes called “Game of Thrones in Space,” from the jump, The Expanse was up to something *big.* (Note: This is a characterization I disagree with, I’ve watched 3 seasons of The Expanse and haven’t seen a single rape scene.) Based on the novels of James S.A. Corey’s (writing team Ty Franck and Daniel Abraham), The Expanse centers on its own gang with secret pasts, the crew of the Rocinante. The plot moves between the different poles of Earth, Mars, and the Belt as an alien presence makes itself known in the solar system.

The Expanse is good, really good. Hugo Award winning Best Dramatic Presentation, Short Form, good. It is widely praised for its scientific accuracy, stunning cinematography, and again, racial and cultural diversity. I’ve already sung the praises of Dominique Tipper (Naomi Nagata), and my weekly recaps are full of love for Shohreh Aghdashloo (Chrisjen Avasarala) and Frankie Adams (Roberta ‘Bobbie’ W. Draper). With these women of color leading the cast (not to mention Cas Anvar and Terry Chen and so many other men of color), the show affirms a full integration of people of color into the fabric of the show, and the future universe it imagines. That future universe is imperfect, it still struggles with wealth imbalances and power still corrupts absolutely, but it is also a universe that is not yet dystopian, is not yet lost. We’re all there fighting to keep humanity going. Again, in The Expanse as in Dark Matter, we all go into space together, for better or worse.

Though not on the same level in terms of quality — As much as I enjoyed Dark Matter, it lacked the emotional weight of The Expanse — the two shows do have a lot in common. Both aired on SyFy, coming to them with complete plots written over 5 or more seasons. Both featured casts that look like real life with people of various cultures and ethnicities living and working together in the future, with more or less success. And now both have been cancelled by Syfy for the same crime — being more popular on streaming services the season after they aired than they ever were on live television. So if these kinds of shows can’t find a home on the channel that is supposedly designed to host them, then where can they go? 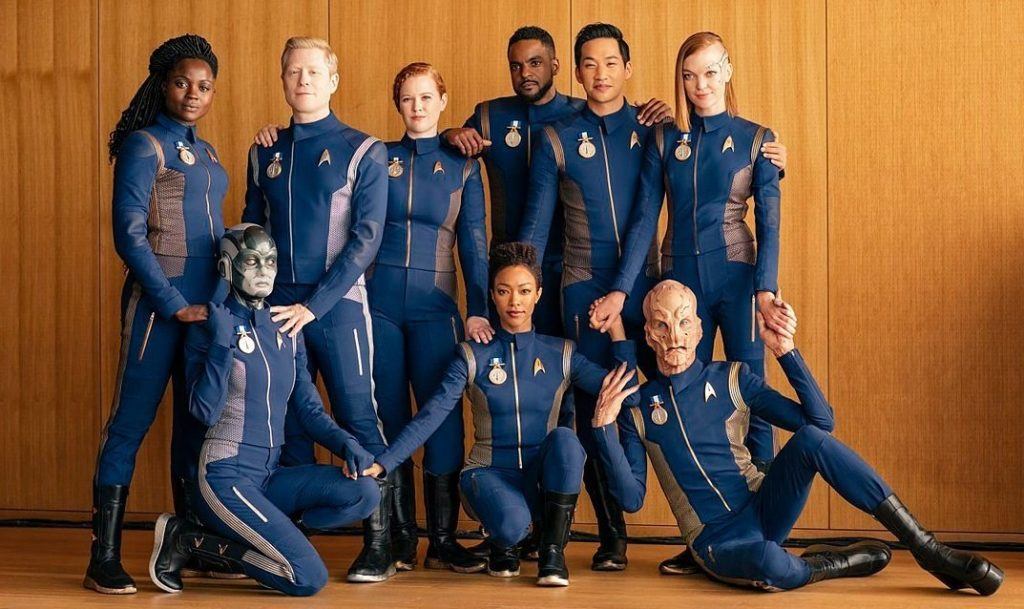 The latest entry in the long Star Trek lineage, Discovery premiered last Fall, just as Dark Matter was being cancelled. In the first season, Discovery is struggling to define a new “Star Trek style” that is both optimistic and yet fits with the current political moment. The season-long plot hung on two different twists. One twist involved Ash Tyler as a Klingon who was not a Klingon, delving into trauma and abuse in uneven ways. The other twist featured Captain Gabriel Lorca who set the Mirror Universe violence free in the Prime Universe and no one seemed to notice. Tying these two together was Michael Burnham, the mutineer, the guilty but forgiven first officer who settled both crises with a unique style and inspiring humanity.

Here, where Star Trek has always given lip service to diversity, they actually finally followed through. Not only command positions but even background parts are played by a wide variety of people. Characters bring their own ethnic considerations/impacts to the world. Finally, finally after so many “firsts” in television history, Star Trek gave us a glimpse of true inclusion in space. It was that inclusion, and the reality of human experience it allows, that carried the show when the plot got thin and the pacing rocky. 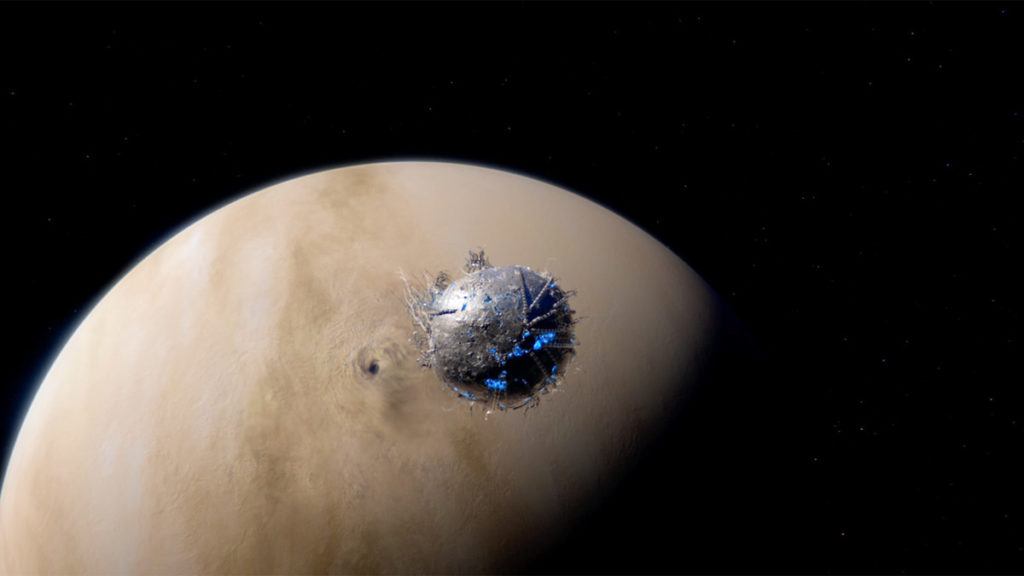 Literally as I’m writing this, it has been announced that Alcon Television Group — which fully finances and produces The Expanse — is in conversations with Amazon to have the show picked up by the streaming giant. Let’s hope it comes through.

If there’s one thing the recent seasons of space operas on television can show us, it is that including a variety of human experiences in your show can work. It has to be handled realistically, and completely committed to. In all three examples, there was no half-stepping on the way to inclusion. A dedication to The Work (as the protomolecule might put it) makes for shows that have deep human relationships and passionate followings. There are 110,000 signatures on the petition to save The Expanse at last count. (You can still sign the petition over at Change.Org for good measure.)

CBS skipped the heartburn by releasing Discovery on their streaming service from the jump, so they could monetize everything. If Amazon can pick up The Expanse, they can certainly make it profitable, perhaps even a central offering of their sci-fi line up which already boasts Electric Dreams and The Man in the High Castle. Will Amazon host more “hard sci fi” programming than the Syfy channel by 2020?

It is shaping up that these kinds of shows may be best suited to the streaming/binge watching world than the more traditional weekly watch. Part of that is certainly the story telling style, the serialization and complex plots aren’t friendly to having to remember every detail. There’s no wrap up every week. Perhaps it is also in part these sprawling diverse crews. Each character appeals to someone. The followings are as racially diverse as the shows are. The fandoms range from book readers to fan artists to cosplayers, all wanting to access the show in their own way. Certainly, having the casts of the show reflect the real world is paying off. Access, perhaps, should come in as many varieties as viewers do.