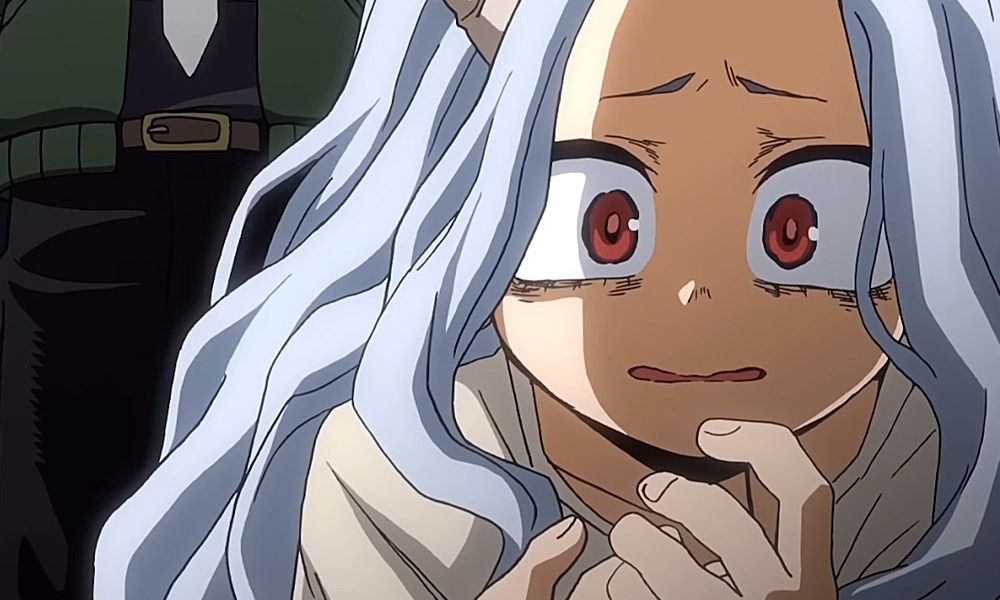 When I read the description of this episode that Midoriya would confront All Might about his relationship with Nighteye or about how he decided to pass his quirk on, I was a little worried. While it has been interesting, we’ve gotten one standout episode in three so far with Overhaul’s introduction and him turning the villain game upside down. But Overhaul and the introduction of Eri about 90 seconds into the episode turned everything on it’s head in the best way. It was unexpected both for the heroes on patrol (Mirio, who we know now as Lemillion & Deku) and for the viewers. They were given explicit instruction to steer away from Overhaul while Nighteye and Bubble Girl did the real scout work, but your boy with the beak mask just rolled up on them via Eri.

The brief confrontation and the awareness that Overhaul gives no fucks whatsoever as he about to ready his killing hand, lead to what I felt was the strongest part of the episode. I know this isn’t all that popular with the MHA Hive and I’ll give the standard disclaimer by saying “I too love me some Midoriya.” But Nighteye got it right, our boy is arrogant. The shonen, never give up, never stop fighting, save everyone no matter the personal cost identity is strong here as it’s always been. I don’t think that should change. But let’s call it for it is and what Nighteye called it, arrogance. Deku almost got Lemillion and himself merked in a dark hallway while they were on some benign patrol. Yeah, it means that you can’t be maximum hero 24/7 for every situation, but its fair to say that his drive is part determination to save everyone and part personal glory under the guise of duty. I was happy to see it called out a bit, which made his last scene with All Might a little more palatable, if you like me were kind of weary about Midoriya’s moping. But we’ll come back to that.

We weren’t given too many clues about Eri’s ability or why she’s covered in bandages except that she’s key to Overhaul’s plan. Which again, we don’t know yet. With the villain Tomura possibly considering Overhaul’s offer to join him, we may get some insight into what those plans may be. It is pretty great that Overhaul carries such a gravity to him that he could be consolidating the villains so easily. It’s not like Tomoura doesn’t have a devastating quirk of his own that commands attention. But it’s interesting to see ruthlessness and maturity be a major factor for pecking order in an Shonen anime. I’m here for it. 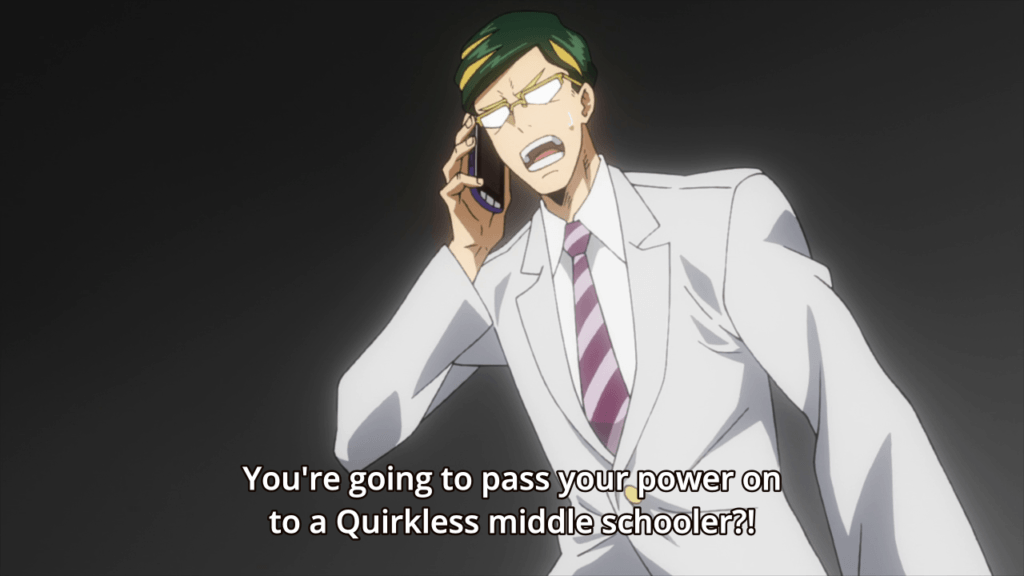 The big cruz of the episode is with Midoriya confronting All Might, basically about why he didn’t give his quirk to Lemillion as indicated by Nighteye in the last episode. I mean, look, the math ain’t too hard here. Lemillion is kind of god-tier and he would be unstoppable with One for All (including the required big ass smile). What we get is a far bigger backstory for the rise and fallout of Nighteye and All Might’s relationship. It’s a really strong part of the episode that gives Nighteye even more depth and nuance and shows that Midoriya was kind of in the right place at the right time to be put on this path. It being confirmed that Midoriya may not have been the best candidate to inherit All Might’s quirk but that All Might still stands behind it was the best way to thread that needle. It really does subvert the typical destiny, there can only be one type of storytelling and makes Midoriya even easier to root for. Not that that needed a ton of help, but still.

And then there’s the item of All Might’s destiny which, ya know, I’m not going to spoil that if you haven’t seen it yet. What I will say is…this ain’t great news.

Regardless, MHA seems to be back on track of putting our heroes and villains on a collision course. It’s been pretty focused on Deku and his work study, but it looks like we’re going to see some more classmates in action next episode, so I’m looking forward to seeing what the rest of U.A. are going through.