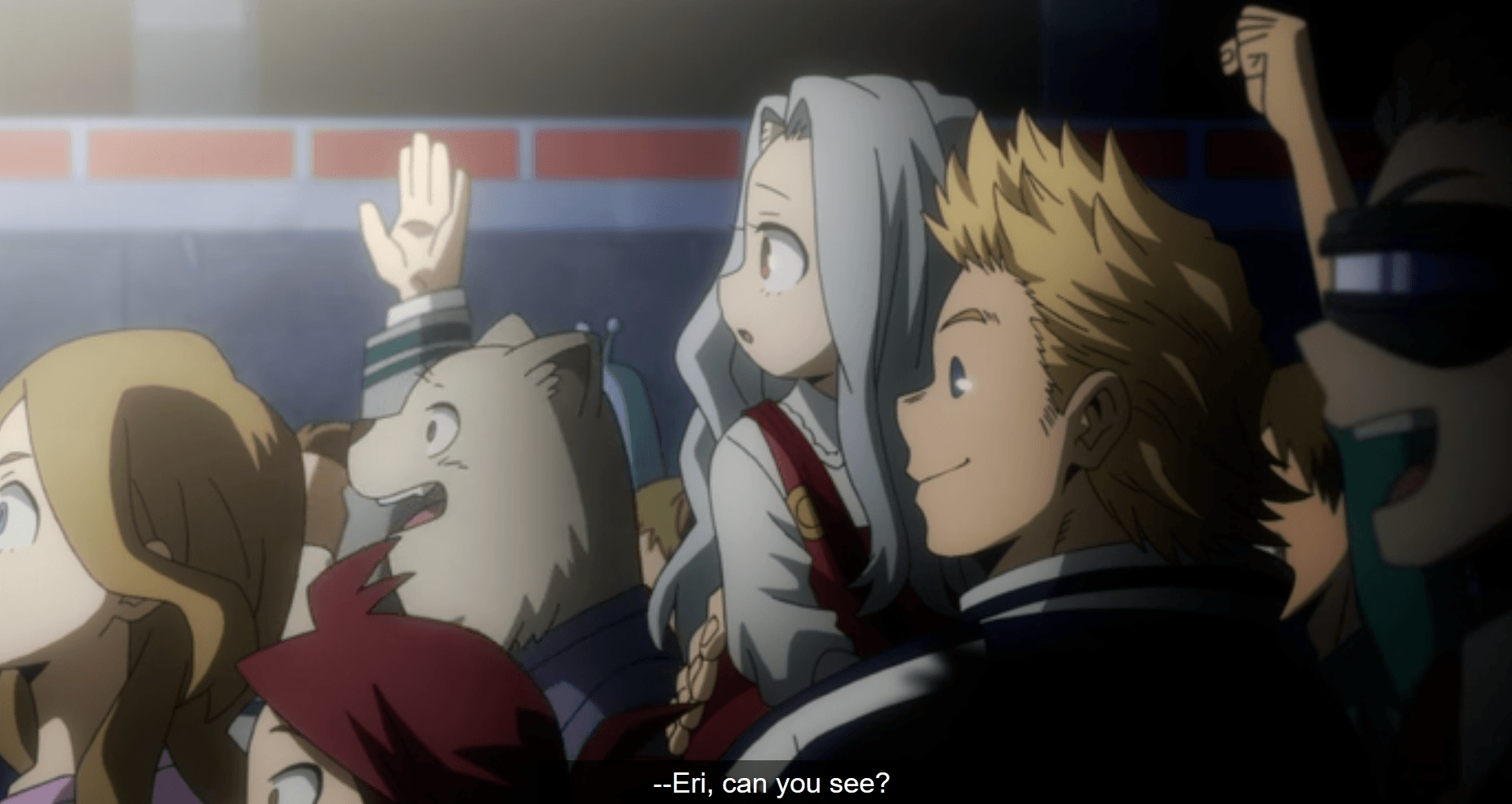 If last episode was the action-oriented, combat-heavy climax of the back half of the season, this episode is the cathartic, emotional climax of not just the second ohur, but really of the entire fourth season as a whole. But before we can get to the scene that made me weep openly on an early Saturday morning, we have a little bit of administrative work to recap first. 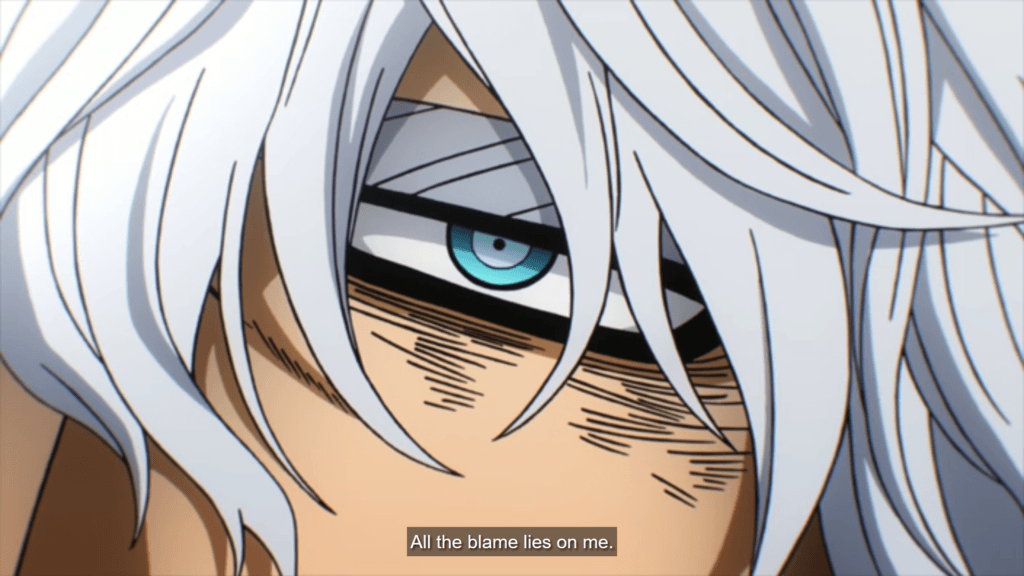 Gentle Criminal voluntarily throws himself under the bus for the sake of both Midoriya and La Brava to have some sort of mitigation of consequence. Gentle views Midoriya as an exceedingly worthy rival because damn right he is, beating his villain all on his own without having to break any of his bones or anything. Midoriya however steps in with a story about how Gentle was just going to play a practical joke and they had a “small” disagreement. Hound Dog covers for Midoriya so the school festival can continue without too much of a hitch, and now it’s a race against the clock to get back before Class 1-A’s performance starts, although honestly, has anyone ever attended an event that has actually started on time? But I digress. 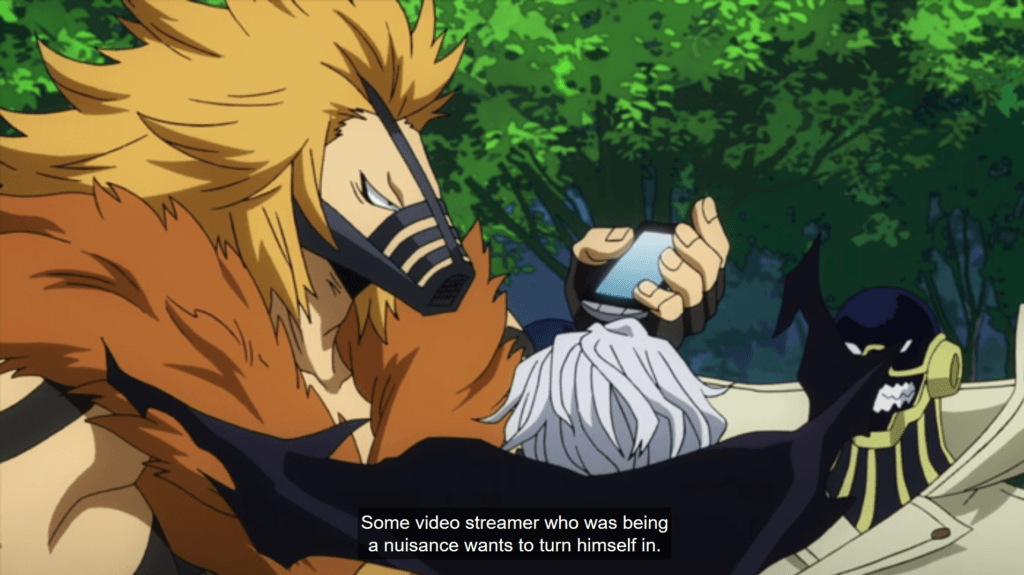 At 9:25, Midoriya goes off with Ectoplasm to retrieve his supplies and manages to pick everything up at 9:35 and barely makes it backstage in time after cleaning himself at 9:50 to make sure that no one is distracted by his light injuries. Eri worries about her friend not being able to make it, but Mirio assures her that everything’s going to be fine and they go find a spot in the large crowd. And at 10:00AM sharp (which again, a little weird that a major performance event is starting right on time), Class 1-A does what they do they best and bring me to tears with their passion.

I mean, look at the music video of this performance. LOOK AT IT.

What a wonderfully animated and performed performance. This is some Carole & Tuesday, inject this happy go lucky rock music directly into my veins type shit. This is four minutes of pure unadulterated joy and I’m not going to waste time trying to describe when you can see and hear this stunning audiovisual experience where all of Class 1-A gets to entertain their classmates in such a heartfelt spectacle. Although, I will highlight Jiro’s flashback to her childhood where she confesses that she wants to be a hero instead of a musician and her parents are just supportive of her endeavors, and now she’s able to merge her two passions into one and WHY IS THIS SHOW SO GOOD? Seriously, I’m recapping this and my eyes are tearing up at how well this translates from the manga. Just so incredibly wonderful I tell you (especially when Eri smiles y’all. Especially when Eri smiles). 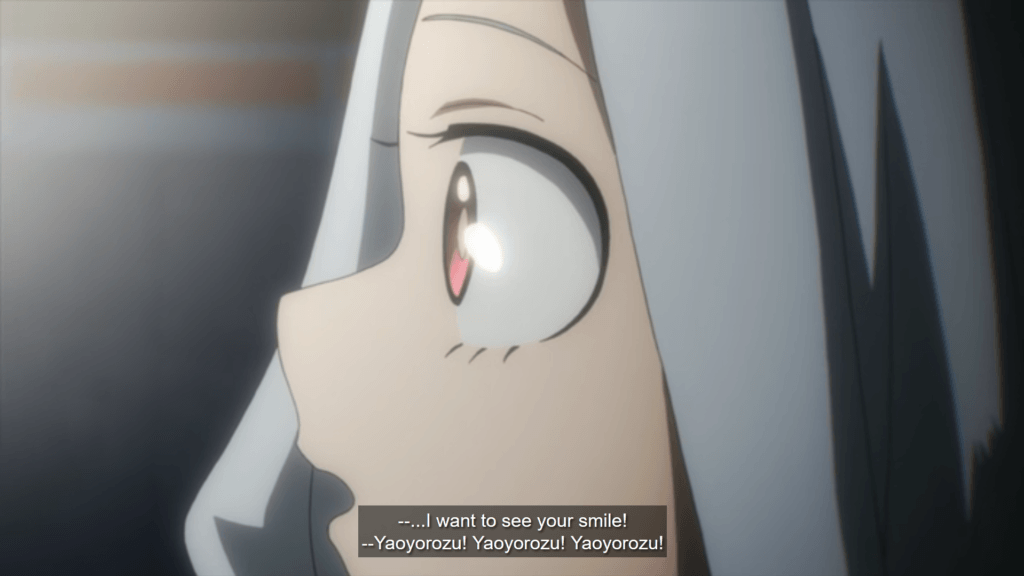 After the concert winds down, we get a glimpse at Class 1-B’s totally original play that totally isn’t a rip off of several different pop culture properties. We only get a glimpse, but it’s enough to see how ridiculous it is. 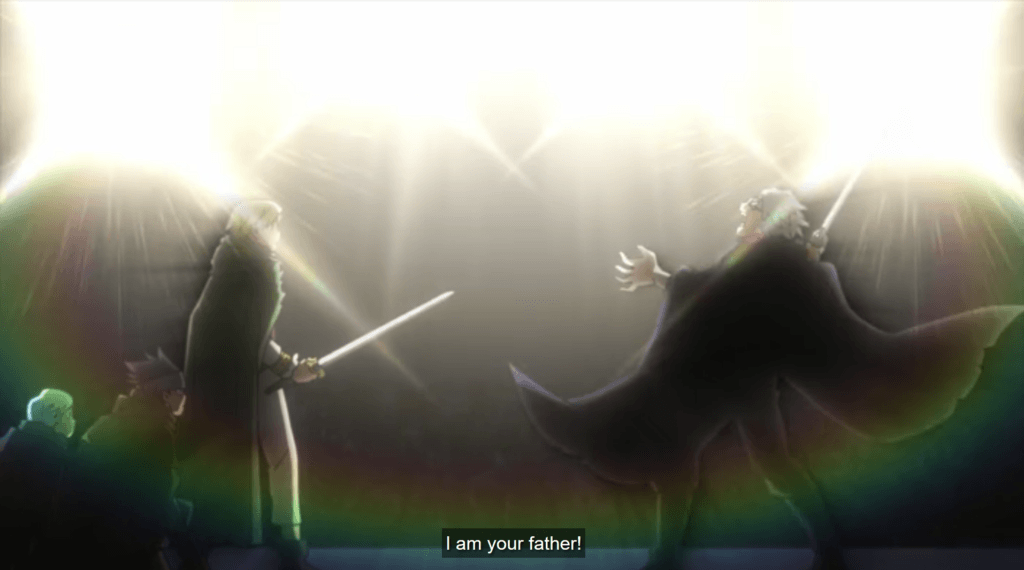 Midoriya gets a few notes not to engage in villains when there are adults near by, to bring his phone whenever he goes somewhere, and to enjoy the goddamn school festival (after cleaning everything). Class 1-A gets validated by the other students that they were able to convey their feelings with their performance, and we see that this was the Plus Ultra Success the group wanted. Of course, Mineta is a bit more concerned with the Beauty Pageant. Nejire manages to cinch the victory with a pretty graceful display of her quirk. 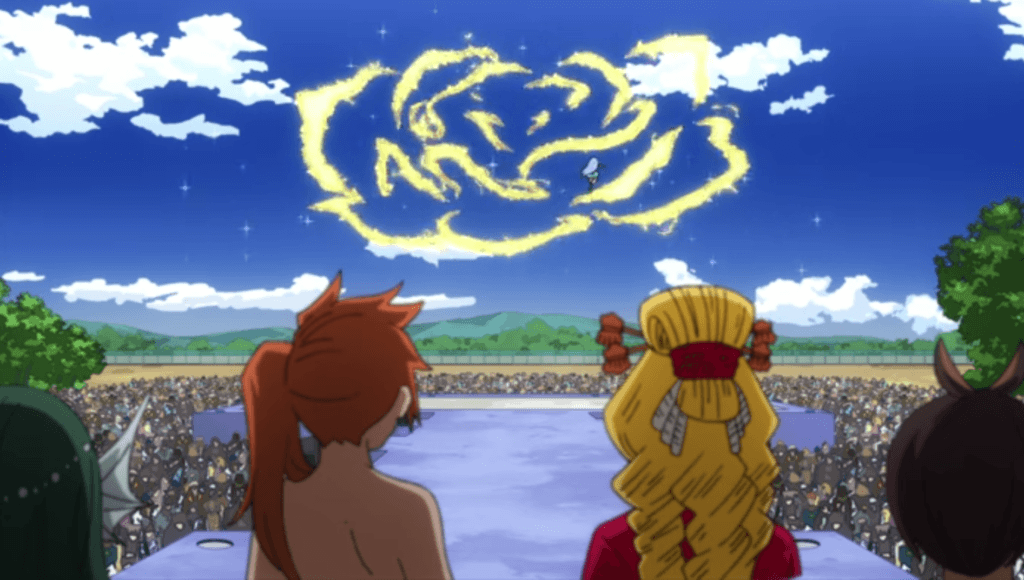 We’re treated to a montage of the rest of the School Festival and, as the sun sets, Midoriya produces one more surprise: a candied apple. 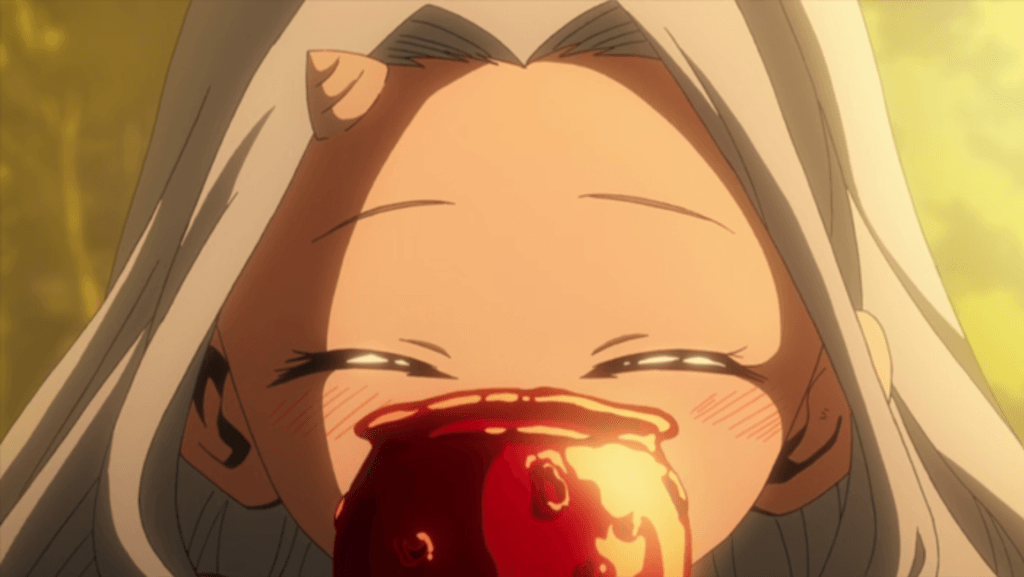 Although, that’s surprisingly not the end of the episode. The police are interrogating La Brava and Gentle and manage to get some life advice about where to go, closing out the School Festival but not quite the season…