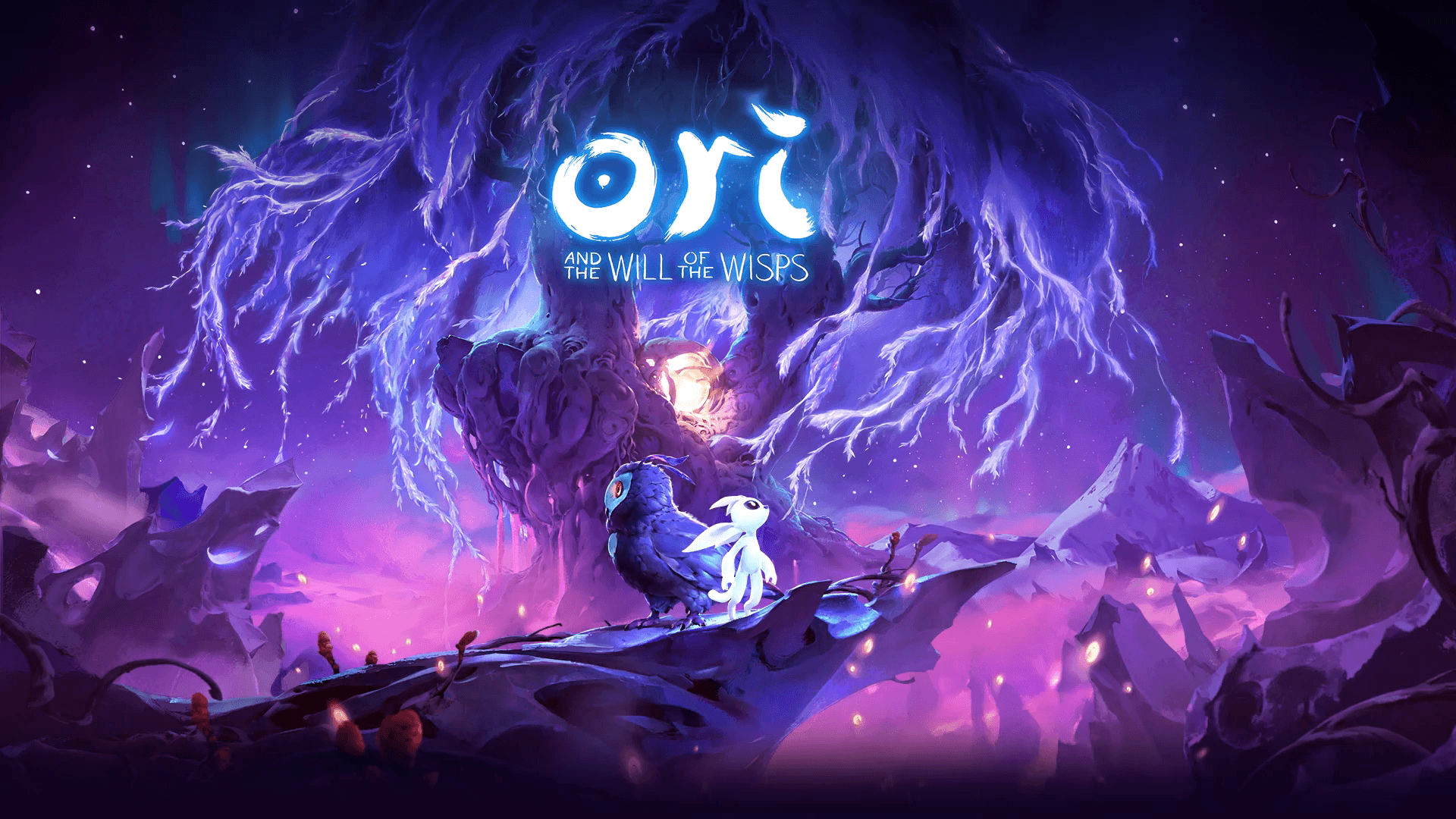 I don’t know if I can ever forgive myself for missing out on Ori and the Blind Forest. As an avid fan of all things Metroidvania, this game check every box that needed to be checked. It’s a damn fine game and I honestly should be kicking myself for skipping it when the game dropped in 2015. Thankfully, I rectified that earlier this month and found a hardcore platformer mixed with a heartwarming tale of compassion. Not only that, but it was a great warm-up for the release of the game’s follow up, Ori and the Will of the Wisps.

Jumping right into Ori and the Will of the Wisps after the first game provided an interesting perspective. Ori and the Blind Forest had some pretty tight platforming and its story really pulls at the heartstrings. So, I found myself asking, could developer Moon Studios make any of that better? The short answer is yes, but you’ll find that while Ori and the Will of the Wisps delivers a greater experience, it’s stained by some of the original game’s faults. For the long answer, you’ll just have to read on to see what I mean.

Ori and the Blind Forest really established itself as a great modern fairytale: filled with adorable characters, heartbreaking twists and a beautiful story with family at its core. For those of you out of the loop, Ori is a guardian spirit and child of the great Spirit Tree of Nibel. Lost during a dangerous storm, Ori was adopted and raised by Naru, a creature of the forest. A tragic turn of events from the first game sees Ori set out on an adventure to return light to the Nibel and find the truth behind how it was lost. It’s a truly touching tale that I really recommend to those who are interested in the sequel. 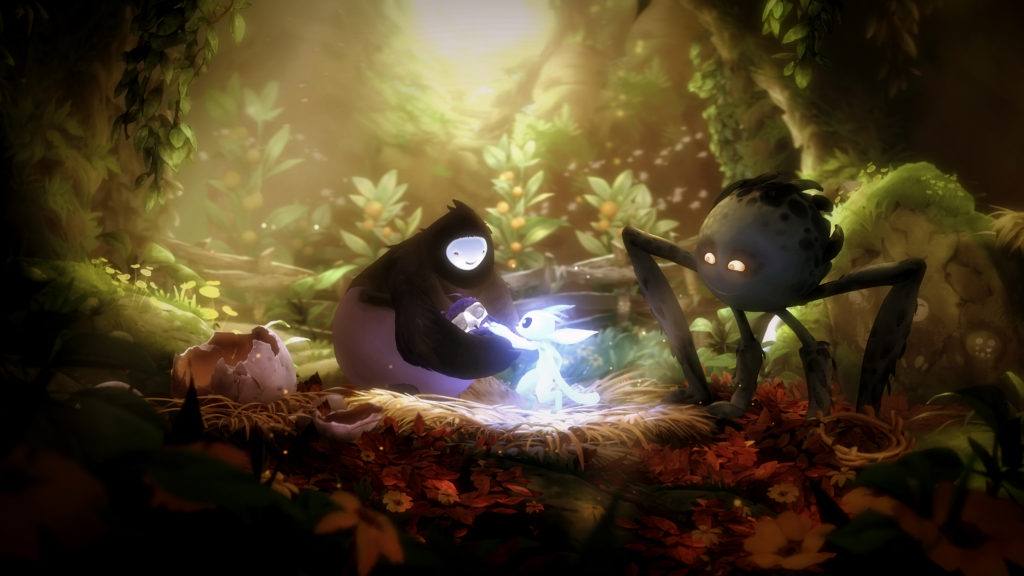 Ori and the Will of the Wisps begins with Ori and the new family she makes by the end of the first game. The newest member is an adorable baby owl by the name of Ku. Ku desperately wants to fly like the other birds in the sky but can’t on account of being born with a broken wing. Ori and the fam decide to help Ku out by using her mother, Kuro’s feather as a makeshift wing. The feather works as Ori and Ku travel to the sky, bringing Ku’s dream to life. However, all of that is short-lived as the two find themselves in the path of a dangerous storm (it’s always a storm) and separated on an unknown island.

I know what you’re thinking. This sounds like Finding Nemo and to some extent … well, yes this is very similar to the plot of Finding Nemo. There aren’t a lot of similarities beyond that though. More than anything, Ori and the Will of the Wisps’ plot feels somewhat similar to the first game’s story. A land, this time it’s Niwen, lost its light ages ago and Ori has to restore it. Thankfully, the story adds plenty of new interesting characters this time around and the relationship between Ori and her adoptive sister, Ku, is the core of the plot. 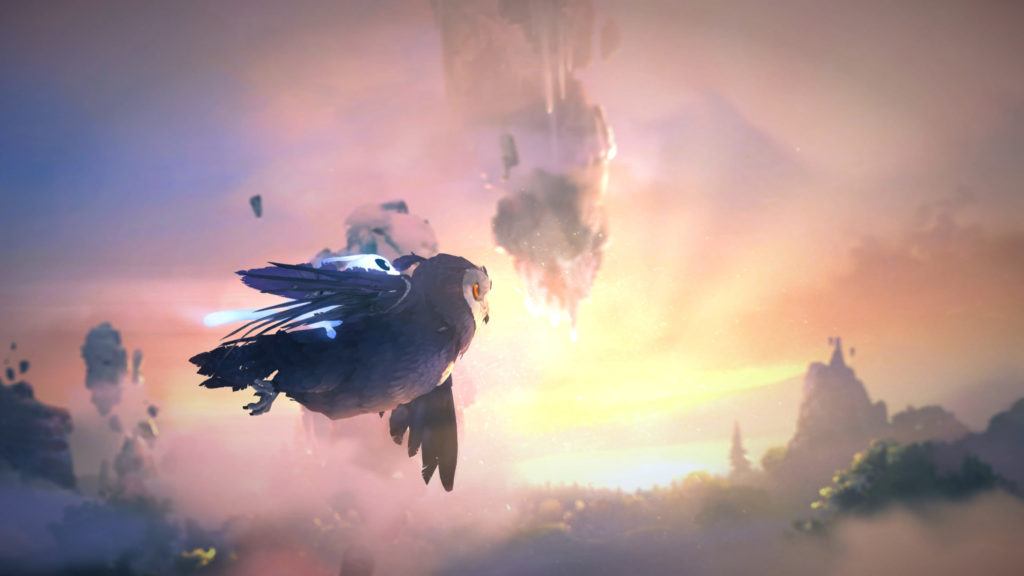 Moon Studios is really good at injecting plenty of heart into a story. So much so that you’ll find yourself rooting for Ori and Ku to find each other again. However, the journey is not so easy and more than a few twists and turns might tug at the old heartstrings. Niwen also feels more alive than Nibel did in the first game and the residents each have their own tale to tell. As you search for Ku, they help you along the way. Ori slowly discovers how the loss of light has affected them. It’s a stark contrast from the first game, where a lot of Nibel felt empty. This time around, you’re more invested in seeing Ori’s journey to completion.

What made the first Ori game so good was how well-balanced the platforming, action, and level design were. You’ll be happy to know that Ori and the Will of the Wisps is just as well designed as the first game, with various improvements that implore players to experiment with their play style. It feels like the developers at Moon Studios really wanted to give players choice in how their gameplay experience went. 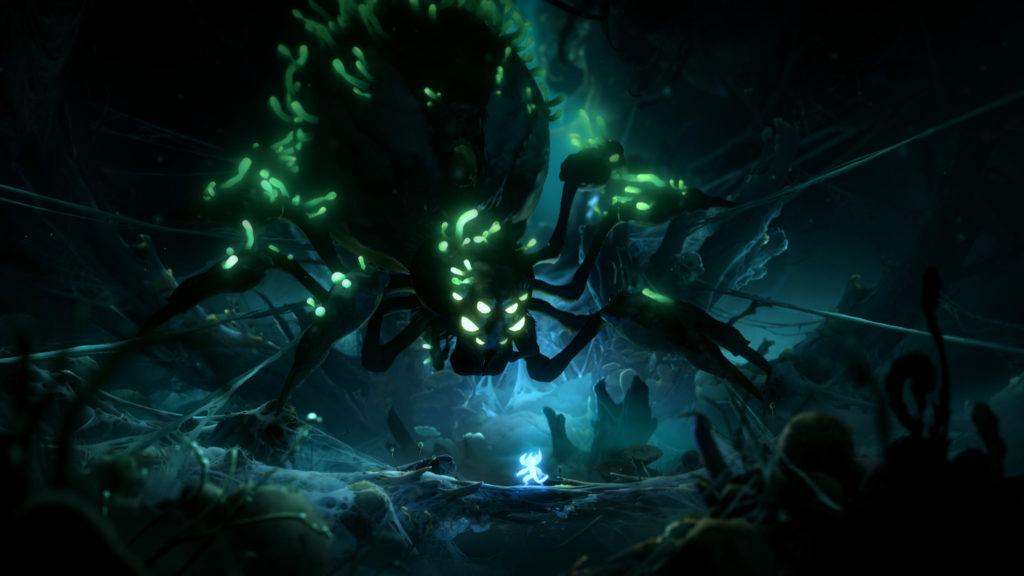 All abilities and power-ups from the original game were passively earned, which means that if you found an ability, you could use it at any time during the game. Those still exist. However, players can now equip and assign the various abilities they find in the game. For example, I could assign Ori’s spirit sword to X, her self healing ability to Y, and her bow and arrow to B. I can switch those abilities for others that I find throughout the game, which ultimately lets me play how I want. 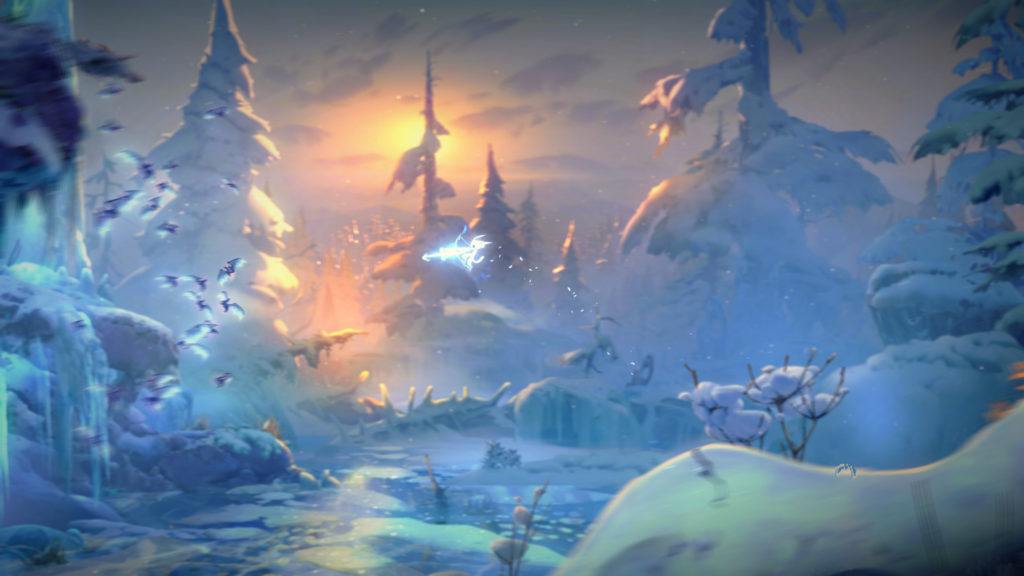 Meanwhile, certain other abilities act like perks. You can stick to walls, give yourself a damage boost, and breathe underwater. Choosing which ones you want can be crucial to accessing certain areas in the game. Also, if you are the hardcore type of player, some of these perks can even make the game harder to play. All of it serves as a means to enhance the experience, adding more challenge and problem solving to the game.

The biggest improvement in how the game works is the save system. Ori is not an easy platformer. I found that out when playing the Blind Forest. One of the more frustrating parts was having to manually save the game, which could erase a lot of progress if you forgot. Thankfully, Ori and the Will of the Wisps has an autosave feature, which means not having to redo punishingly hard sections of the game over and over again. Other additions to the game include time and combat trials, as well as side quests for the various creatures of Niwen. These extra missions make the game feel much larger in scope to the first. 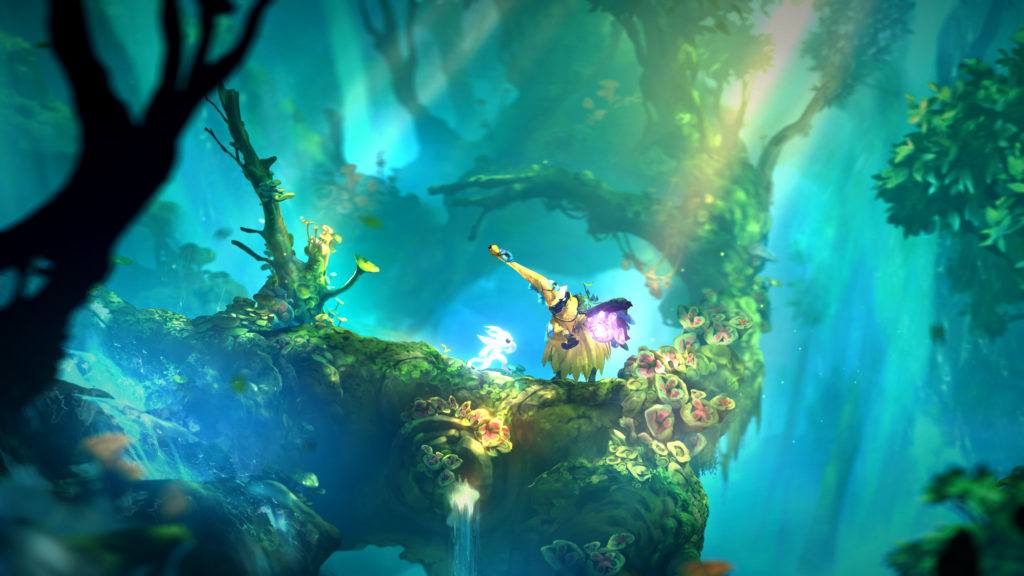 Unfortunately, Ori and the Will of the Wisps is not without its flaws, flaws that carry over from the original game. The lack of a mini-map is disappointing, which meant pausing the entire game to see where you are going. However, despite hoping it would get better, the game is loaded with technical issues. The frame rate would drop to crawl, almost like I was playing a slideshow. In the original game, this only happened when transitioning to a cut scene. It feels more prevalent in the sequel, as it would happen every time I paused to open the map, exited an area, or just random moments. It got so bad that at one point the entire game just crashed on me, throwing me back to the Xbox One dashboard. It was so frequent that it often marred the experience, which sucks for a game that requires precise platforming. 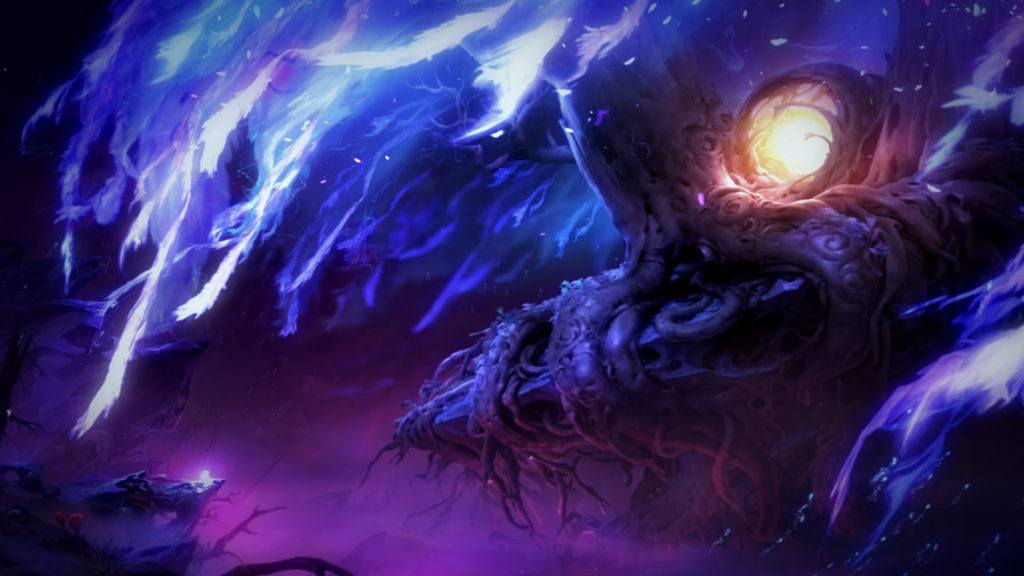 Ori and the Will of the Wisps is a weird game. I want to give it all the praise in the world because it just improves on so much from the first game. It irons out some of the original’s flaws and fine-tunes some of the mechanics that make jumping, dashing and climbing around the maze-like lands of Niwen so great. However, that great experience is ultimately plagued by so many technical issues and a poor mapping system, both of which are highly noticeable and slow down the momentum of the game. Hopefully, Microsoft and Moon Studios can fix these issues in an upcoming patch. I still recommend playing Ori and the Will of the Wisps. It’s a beautiful game with an amazing score and is an overall satisfying Metroidvania, but you should know that you are jumping into a partly broken game.