The year was 2006. It was a simpler time. Pluto got demoted from being a planet, Dick Cheyney shot a dude in the face, but more importantly, ABC’s Lost was the King Cesar of the TV game. That is, until one show rose came out and gave Lost that Brutus shiv to the back. That show was NBC’s Heroes. Heroes came out and did the Lord’s work on television. The characters were all tangled into each other without knowing it. The acting was great, the visual of the powers was on point. It was X-Men done right for prime time. If Heroes was on then everything got shut down. It was dope game TV.

[divider type=”space_thin”]
Heroes was the show we deserved… until season two came out, then it wasn’t the show we’d need anymore. They went and fucked up so badly with the writer’s strike (remember that shit?) clearly taking a toll in season two. Season three, titled “Villains,” was better, but then it felt like they didn’t know what they wanted to do with their characters. The series finale felt like being over at your friend’s place and their parents start spanking them for trying to be slick — it’s mad awkward and uncomfortable… but you’re not going to look away because you know you’re going to bring this shit back up at some point to roast ’em. And now, Heroes is getting a second chance with a revival.

Heroes Reborn will debut September 24th, 2015 and all I can think to say is… Bruh. Why, yo? Let it go, man. Personally, I’m like “Oh shit, Micah back up in this?! Yeaaaaah, I’ll read what happens on Wikipedia. I’m good.” Maybe that’s just me, but who in the cyber streets was asking for this back? I want to ask NBC if this is them feeling threatened that Fox brought 24 back into the fold — I imagine NBC executives called an emergency meeting over that shit, like “Those rat bastards over at Fox did what?!” So now NBC gotta get back on their The Wire shit and retaliate.
[divider type=”space_thin”]
Let’s be honest for a moment, Heroes coming back is like your most recent ex knocking on your door right now, saying take me back, while singing “If you take your love away from me I’ll go crazy” from Black Street’s “Don’t Leave Me.” No. No. Hell no. There’s a reason y’all broke up in the first place, and that’s the damn good reason not to do this shit again. In Heroes‘ case they took our time for granted with bullshit writing, plot, and character development while we watched in hope that it would get better… which is the equivalent to leaving the god damn toilet seat up. Now they’re try to sweeten the deal with the fact that they are bringing back Jack Coleman, aka Noah Bennet, the hardest “Paper salesman” to ever do it. 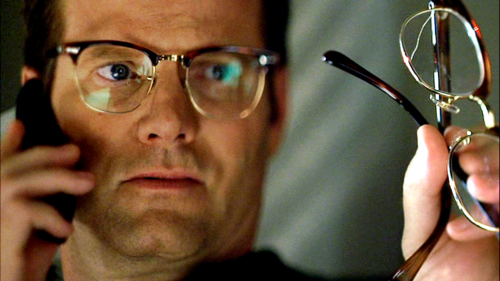 But even if he was one of the best actors, best characters, and damn well the best to ever do it on the show, I don’t think I can cosign. I’m sorry (not really), but since we are now seeing so many comic book movies now — as if they were Wu-Tang albums back in the day, dropping every month — it seems that NBC is feeling like the show will thrive this time around. For me, that’s just not enough, and Heroes Reborn is a large mason jar full of Nooooope.