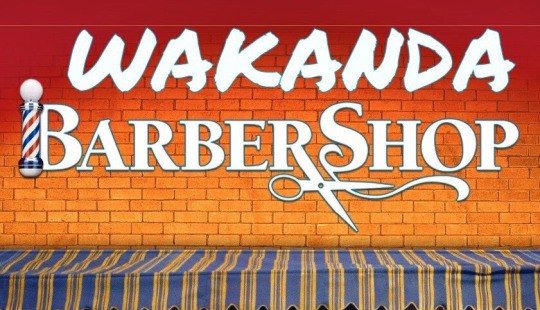 Monica: Naw, homie, you gotta leave the Starktech outside the shop. Don’t be comin’ in here disrespecting Otis’ shop like that.

Monica: You lucky Shuri even allow that shit in the country. Just waiting for it to go all Ultron on us at any minute.

[Rhodey steps out of the armor]

Rhodey: What, you a mutant now? Why the hell you all sensitive today? Brotha just trying to get a fresh cut.

Monica: Oh, they don’t have a decent barber on the base?

Rhodey: Naw, not a lot of brothas in the flight academy and half them dudes rock a bald head anyway. [divider type=”space_thin”]
Rhodey: Not doing this with you today Monica.

Rhodey: Getting drawn into that bullshit with you. I start arguing with you again, eventually your eyes turn completely white, and then I gotta come out of pocket to repair Otis’ shop again.

Monica: You mean ask Tony for a loan again?

Jessica: Rhodey, Monica, have either of you seen Luke?

Monica: Oh, Hi Jessica. And no.

Otis: Last time I seen him was yesterday when he was in here cutting up with Bishop, talking about his new TV show.

Monica: Look at all this privilege raining over Wakanda, you’d think Namor had a grudge again or something.

Jessica: Thanks, Rhodey. Well, Luke is supposed to be watching Danielle tonight but I can’t get a hold of him.

Monica: Well he ain’t here, you know, the Blackest spot on the planet.

Rhodey: The hell wrong with you Monica?

Monica: She was rude, bish didn’t even say “Hi” before she was askin’ for shit.

Rhodey: You really about to go in on your homie’s wife like that?

Monica: Naw, Jessica is cool enough, I mean, I’m god mother to Danielle so it’s not like I hate her or anything. I mean, I don’t love her like Netflix lover her.

Monica: You trying to tell me a Mighty Avengers TV show wouldn’t bang in the club? 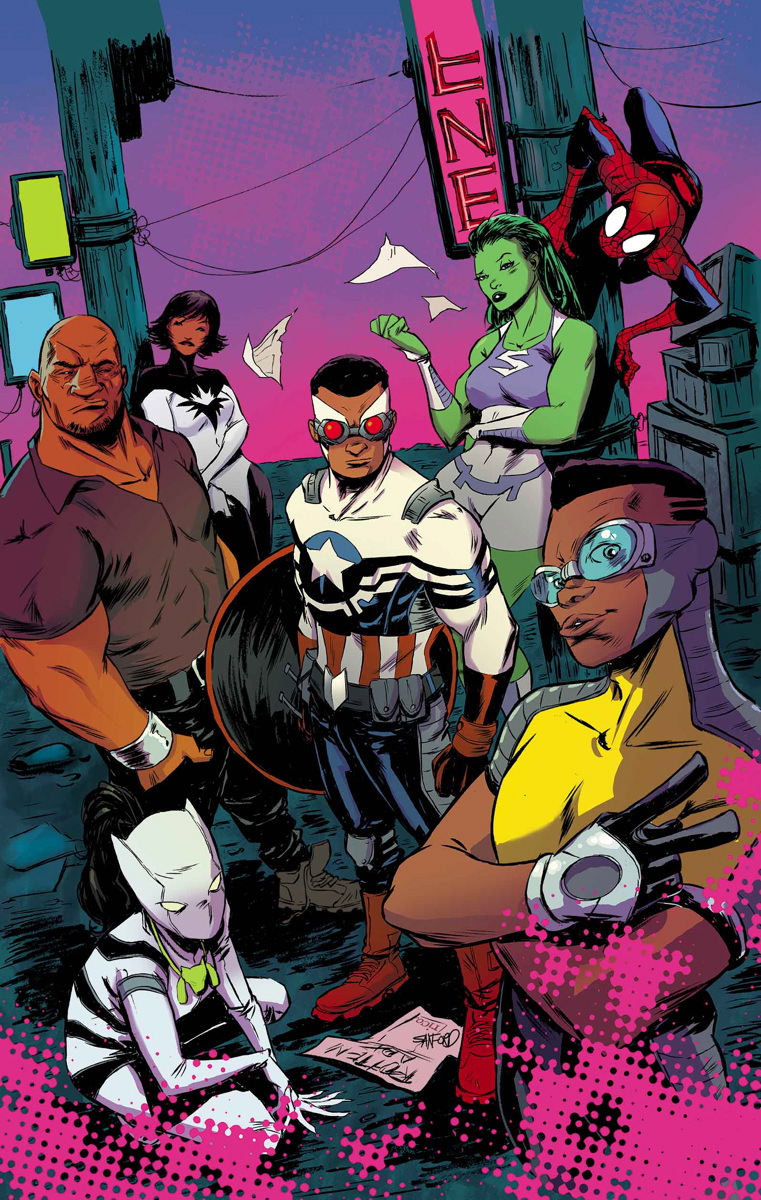 Rhodey: I’m trying to tell you to be happy for Jessica on the come up.

Monica: Easy for you to say Negro, you were in an Avengers flick. You been in a few movies, even Iron Man 2 and that shit was terrible. But at least you got terrible. Where my Iron Man 2 at, huh? Whose executive’s house do I have to give a personal light show to before a sista can get her own Iron Man 2?

Rhodey: Now I get it.

Monica: Get what, sidekick?

Rhodey: This ain’t about Jessica, or even me earlier. This is about Carol?

Monica: Rhodey, if you don’t get up out my face with that bullsh–

Rhodey: This is because Captain Mar–

Monica: Carol. Okay, for the rest of this conversation, we gonna call the heifer Carol, okay?

Rhodey: See, I can see it right there, why you still mad about the call name?

Monica: ‘Cause these White feminists will take your whoooole liiiiife.

Monica: That’s my movie, James! That was me. I was rockin’ Captain Marvel while she was still in the thunderbolt leotard, lookin’ like Barbie got ambition over night. Copying my style like a fuckin’ Sharingan.

Monica: I fucks with some Naruto every now and again, don’t judge me, sidekick.

Rhodey: None of this is fair, Monica. And also stop acting like you ain’t talkin’ bout my girl.

Monica: I know who I’m talkin’ about, Rhodey. Ain’t nobody scared of you and that Trashtek armor. I’ll have your HUD display lookin’ like the Fourth of July. Come on Cleetus.

Rhodey: Whatever, all I’m sayin’ is everybody getting their shine right now.

Otis: Hey, Barney, brings his stepkids in here every once in a while. Good kids.

Monica: Shut up, Otis. I know Carol used to come in here when she was rocking her faux-hawk too.

Otis: She good people. Nice to get some women in the shop anyway.

Otis: Naw, I love having you here Monica. You need to stay here more often so you know never to go back to that perm.

Monica: Whatever. Lucky I respect my elders.

Rhodey: Don’t the Dora Milaje come through here too for their bald cuts?

Rhodey: Damn, you got a problem with the Dora Milaje too? What could you possibly have against them?

Monica: I’m sayin’, little submissive for my tastes. I respect the training though. The training is thorough.

[Monica gets up to leave]

Rhodey: Where you goin’?

Monica: Probably to save the world for all you know. It’s cool, when I do, I’ll tell everyone you were busy getting an edge up.

Rhodey: Man Otis, she was on one today.

Otis: You gotta cut her some slack, James. You know sistas get the worst of it out here. Storm can’t even keep a book going out here. And she’s gotdamn Storm, nahmean?

Otis: Marvel characters got 4 TV shows and half a hundred movies droppin’ over the next ten years and the only Black woman in any of them got a white Mohawk and Wolverine as her ex-boyfriend. Plus, she an African Queen that’s gonna be lighter than Iceman by the next reboot the way they’re going.

Otis: So I’m sayin, lil sis got a right to be angry. Every Black Woman in an Avengers movie should be called Sue Storm.

Otis: Might as well hate the sun for shining, young blood. Aiight, you’re good. Now get your big ass up out my chair. Should charge you double for bringing all that America up to my shop.

Rhodey [Laughs]: Whatever, old man. Y’all need to see some imperialism every once in a while to remind y’all what’s going on out in the world.

Otis: Sheeeeyet, watching y’all during this political season make me happy we still got a monarchy here in Wakanda. Though, I’d love to see what Obama could do with the Panther God inside of him.