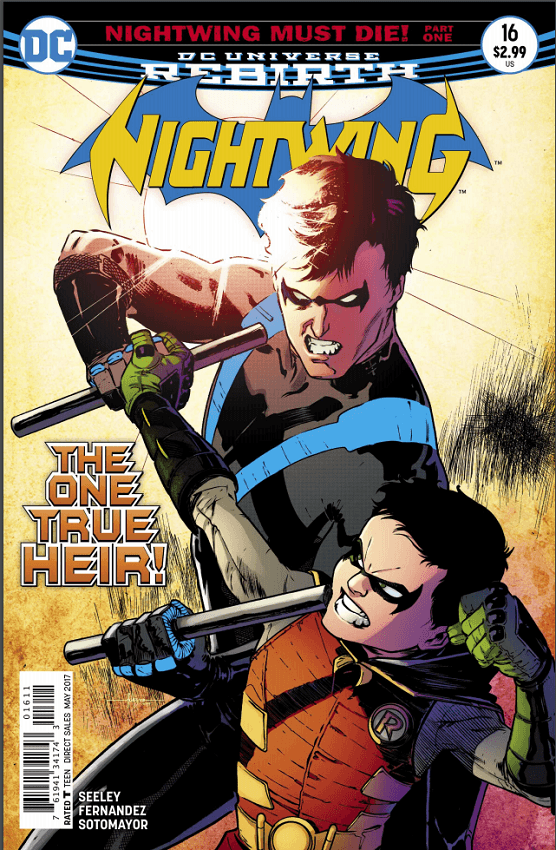 Moving into the new arc, Nightwing Must Die, Grayson finds himself in a somewhat new position for this run, in a deeply emotional state following Shawn’s kidnapping. Seeley does well to show Grayson on top of the world and completely in his element loving on Shawn and then being at “home” fighting bad guys, before ripping it away at the height of other developments. I welcome the inclusion of Damian in this story, who will no doubt play a large role in helping Nightwing recover Shawn and go up against Deathwing for this arc, even if the way that the current Robin gets to Blüdhaven is a little ehh, or as Robin himself in the comic says, obtuse. Still, its almost never a bad idea to pair these two opposites from the same nest up and I look forward to seeing how Seeley makes them work together through this story. 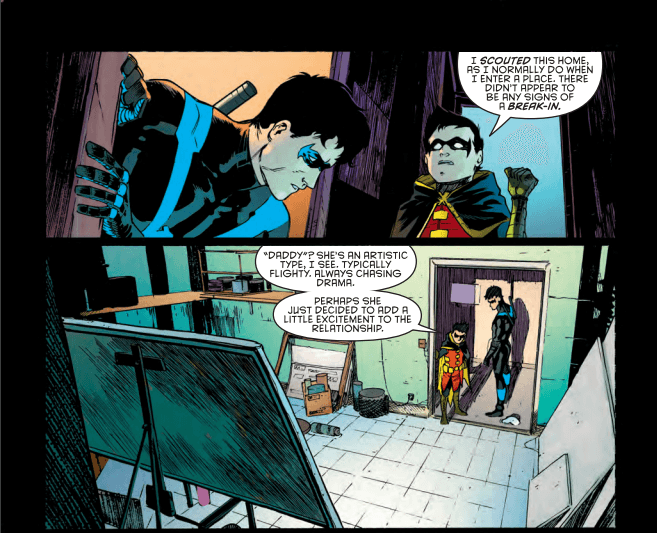 Fernandez again handles Nightwing in a pretty picturesque way, using lots of shadow, silhouette, and kinetic movement to embody Nightwing in both action and conversation. There always feels like there’s a pretty large distinction between showing Nightwing’s comfort moving through interiors compared to rooftops, and this drives home the notion of where Nightwing excels and where he would rather be.

A new arc, another hero in town and new potential “problem” maybe, sorta in addition to Shawn being kidnapped. I’m here for the buddy cop story with Damian and Dick any day of the week, especially facing basically Bizarro Nightwing for the next few issues.