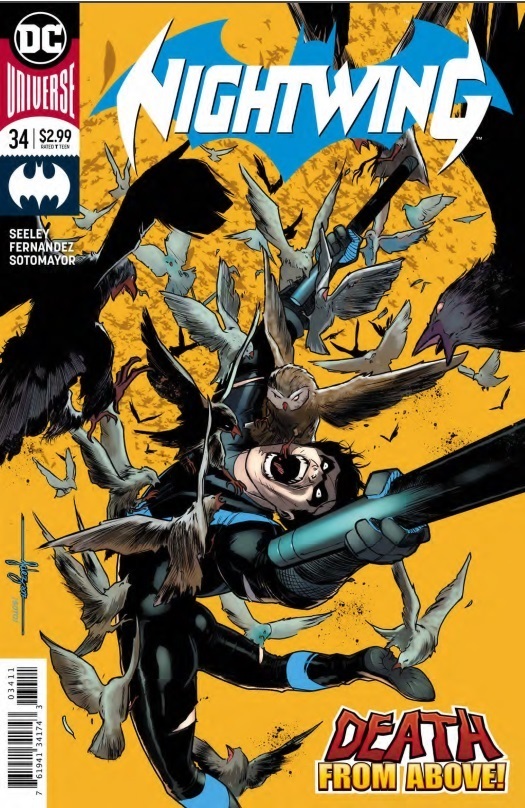 The quality of a Batfamily story can often be gauged by looking at how the protagonist deals with the found family they surround themselves with and the city that they choose to call home. If you have been following Seeley’s run on Nightwing, it should come as no surprise that the conclusion to Raptor’s Revenge is a fantastic story by any standard and a fitting end to this leg of Dick Grayson’s heroic journey.

This issue is a love letter to all of the disparate elements that both Nightwing and the reader have been introduced since last July. The final climatic showdown between Raptor and Nightwing is set up through an oddly beautiful expositional monologue from Defacer that’s careens into the natural glib you’d expect from an ex-supervillian, now-kinda-superhero. 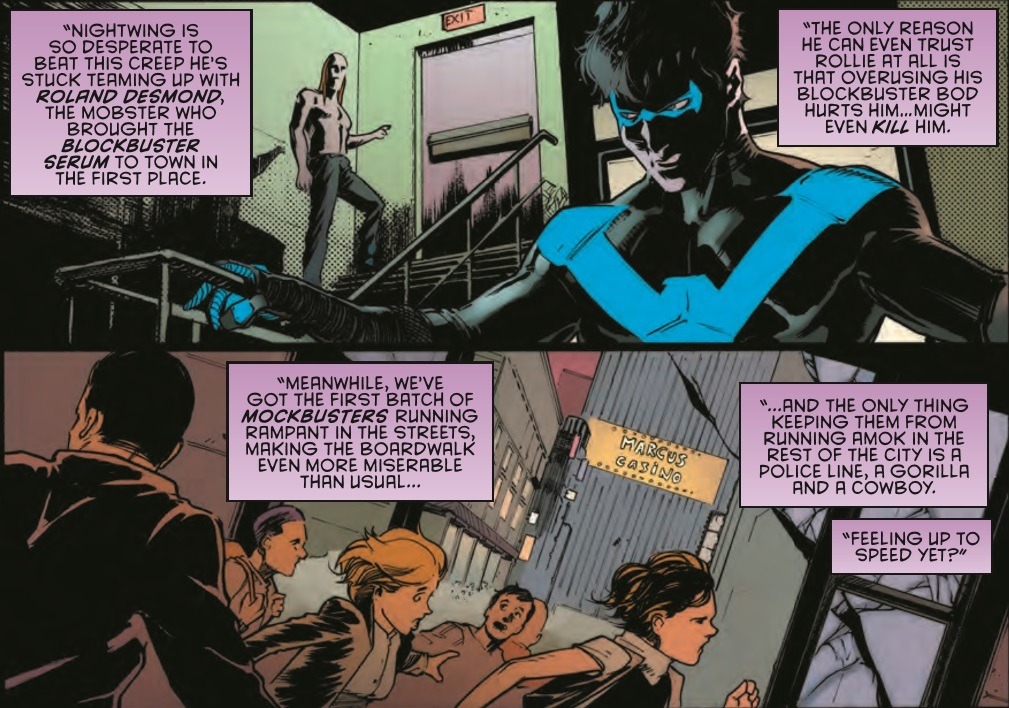 Seeley and Fernandez really follow through giving us Bludhaven at its breaking point. Bouncing back and forth between the rooftops duels and the chaos on the street level, we get a sense of urgency and tension that feels palpable and when the two converge, it’s a truly surreal experience. We’ve seen the Nightwing v. Raptor brawl and the Run-Offs work together before, but those were merely the prototypes for these encounters. In this issue, we see the conclusion of each of the characters’ arcs, the veritas behind what makes them tick. Fernandez’s artwork and Sotomayor’s color are cinematic in the best possible way, with each panel perfectly conveying the unique kinematics of each character, contrasted best between Roland’s sluggish fully body antics, Raptor’s unbridled aggression, and Nightwing’s tranquil fury.