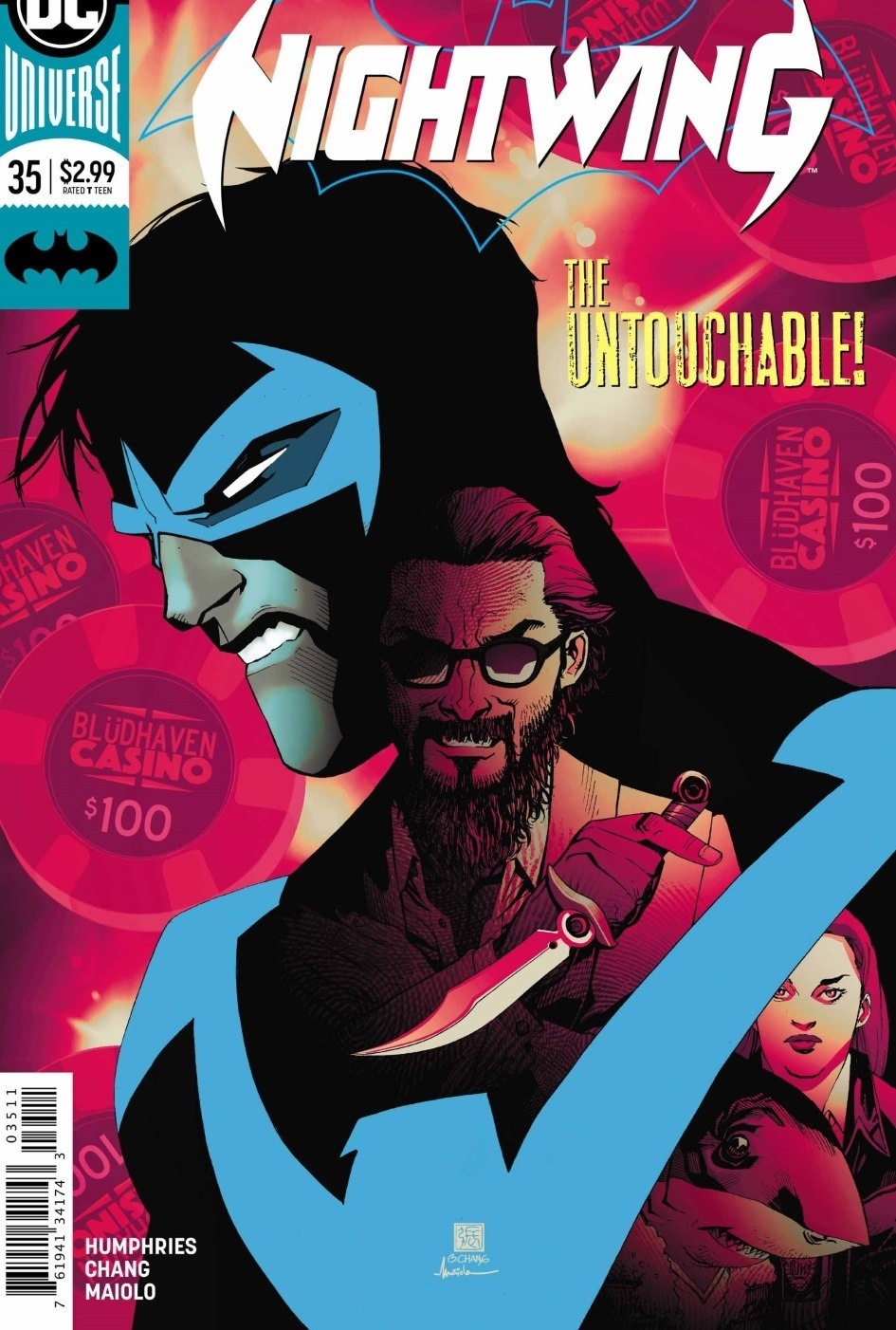 Nightwing is going back to the basics in Blüdhaven, and if you needed a good jumping on point to start catching up with Grayson, this would be the issue to do it. Reeling from the massive brawl that ensued in the last arc, both our hero and the city seem to have settled into a new rhythm—and the resultant story arc feels smaller. We get a chance to breathe and reorient ourselves toward the new status quo, and the cold open of the issue paints that picture pretty clearly.

As a mysterious, unidentified figure narrates about the follies of humanity as Nightwing descends (or perhaps more aptly put, as he falls) onto the street, I’m enraptured by Chang’s art and Maiolo’s color. The use of bright neon to illuminate every action, each small detail of image and color really brings the comic to life. 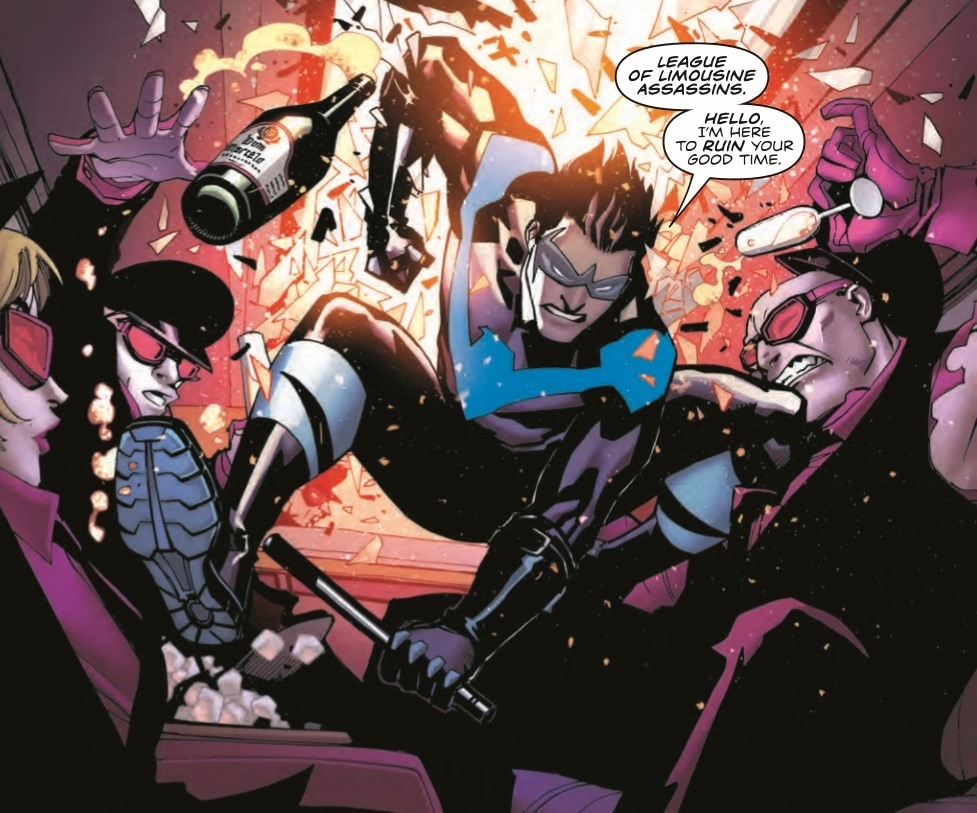 Throughout this issue of Nightwing, Chang and Maiolo with the palette to fully situate you in the visual aesthetic with such deftness you wonder if these were panels from an entirely separate prequel comic that just happened to fit into the narrative (which is fitting in more ways than one).

Dick Grayson has accepted his new role in the city, but Humphries tries to carefully weave in glimpses into the past, but it can be a little heavy-handed at times. This is mildly alleviated with his version of Blüdhaven doubling down on its Vegas inspirations. The casinos and the history behind them take an even more prominent focus, and with the story arc title being The Untouchable, there’s a clear noir-esque vibe that provides and an interesting play off of Grayson’ typical snark and the enigmatic monologue of the latest villain to grace the streets.

Yet, while there is a fair bit of action and a lot of happens during the issue, things don’t quite connect for me. I’ll read a scene I’m fully invested in, but will lose a bit of momentum as it shifts to the next in what feels like a rough transition. In part, I think it is because this is the new status quo of Nightwing. But I’m intrigued enough to gamble that the next issue is going to pay off now that the ante has been set.