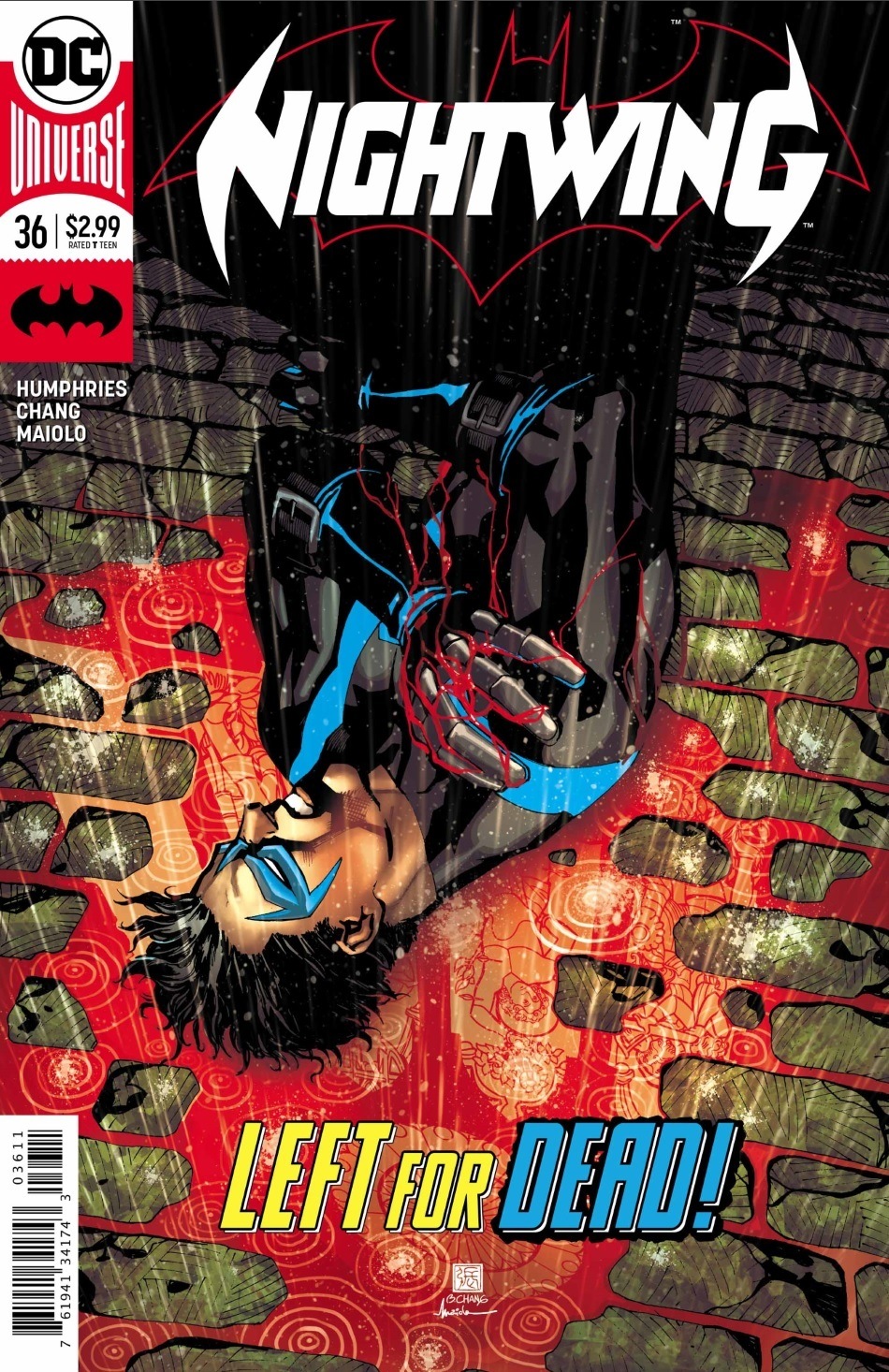 The enigmatic Judge is at the center of Humphries’ take on Blüdhaven. He is a mysterious supervillain of an unassuming stature, a haunting demeanor, and unknown powers. Repeatedly, we are shown how easily he can conduct his diabolical machinations and told of his dark history with Dick Grayson, tracing back all the way to when he was Robin. After Nightwing #36 kept him as a malignant force in the background turning all sorts of wheels, this issue shines a brighter light on the character, and honestly I find him contentious.

Paradoxically, the Judge is a new character that feels all too familiar. And in many ways, this is one of the successes that Humphries has with the Judge. He feels integrated into the greater lore of the DC Universe. Yet at the same time, he is another brilliant charismatic chess master archetype going up against a member of the Bat-family. Two issues in, I’m struggling to find the impetus behind using an original character, what makes the Judge integral to Nightwing’s growth.

My conflicted feelings about the Judge aside, the rest of the issue has many purely positive qualities as we bounce between a few different perspectives. Chang’s artwork alone is enough to justify buying this issue and adding Nightwing to your pull list. His art is quickly becoming my gold standard of the dynamic and dramatic visuals I want in my comics. Yet, it’s his work with Guppy that make me the happiest. Nightwing’s shark-human contact embodies the bizarre nature of Blüdhaven, where the washed up are just trying to making an honest living. His introduction in Nightwing #35 was a little jarring, but his interludes have endeared him to me, as well as Chang’s deft ability to make a realistic shark humanoid, and Humphries’ layered, melancholy moments. 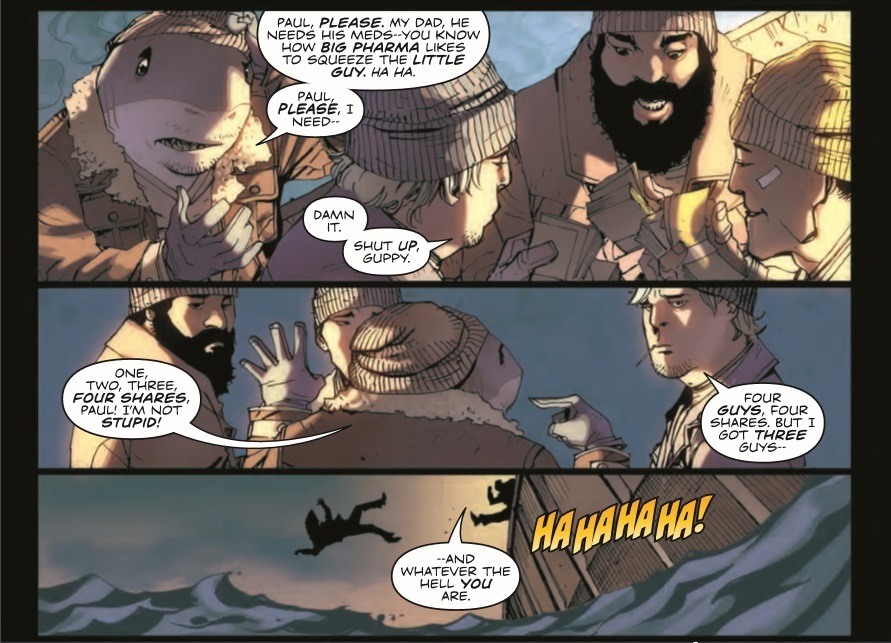 As far as Nightwing goes, his segments were par the course. Humphries has nailed Grayson’s inner monologue and the interactions with the rest of the cast are amusing. His constant repetition of some of the issue’s arc words felt like it would get old, but instead, it was joyfully played with in myriad ways. I like this Nightwing, but there are moments where he seems to veer a little into Batman territory, which I can only speculate why at the current juncture.

Overall, the pacing of the issue felt smoother aided by the vignette style of storytelling. Nightwing continues to be the fun to follow. But my verdict on the Judge, and the arc as a whole, remains up in the air.

7.9 “You need immediate medical attentions” out of 10