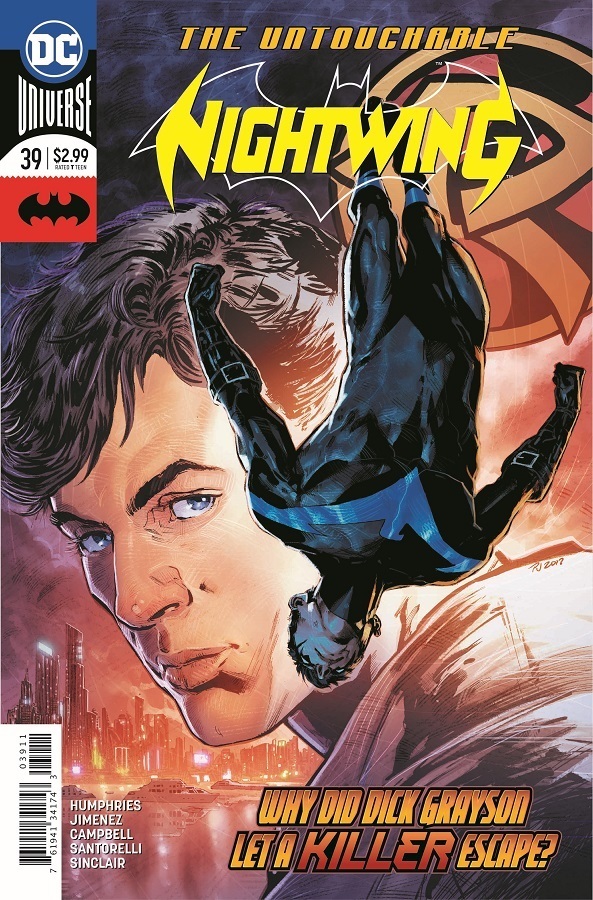 Listen, we are in the fifth chapter of The Untouchable and I am more convinced that Sam Humphries knows exactly what makes Nightwing interesting more than in any of the prior issues. It took five issues to get here, but now that the Judge and Nightwing are interacting face to face and now that we got the entire history of the two of them squared away, things are finally getting riveting.

To be fair, I think this is because Humphries has masterful control over the flashback. Every time Humphries has juxtaposed present day Nightwing with his younger incarnates, we are treated to this phenomenal reflection on what growing up being a sidekick and its persistent effect to adulthood mean. In this issue in particular, Jimenez, Sinclair, and Campbell’s artwork does so much work in capturing the different time frames. There is such a clear vision for what each period encapsulates and it really brings Humphries’ writing to life. 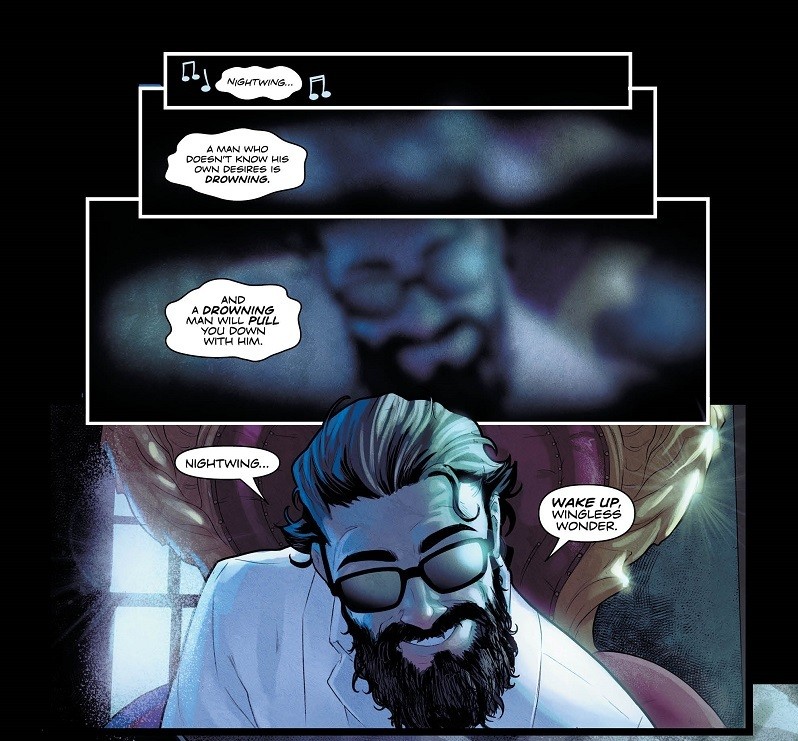 As the Judge holds Nightwing hostage in a sinking building while Nightwing reflects on his second run in with the judge, we finally get to see the explosive chemistry between a man who looks at Blüdhaven and sees nothing but corruption and a man who looks at Blüdhaven and sees the earnest attempt of a city try and be better. It’s a fascinating dynamic, and it is frustrating because the meat of the story has been stretched thin over five issues and now the proverbial, and literal, floodgates have opened and we get a whole bunch of expositional information very quickly as the water rises. It’s great that we now have a full picture, but we went from famine to feast very quickly. 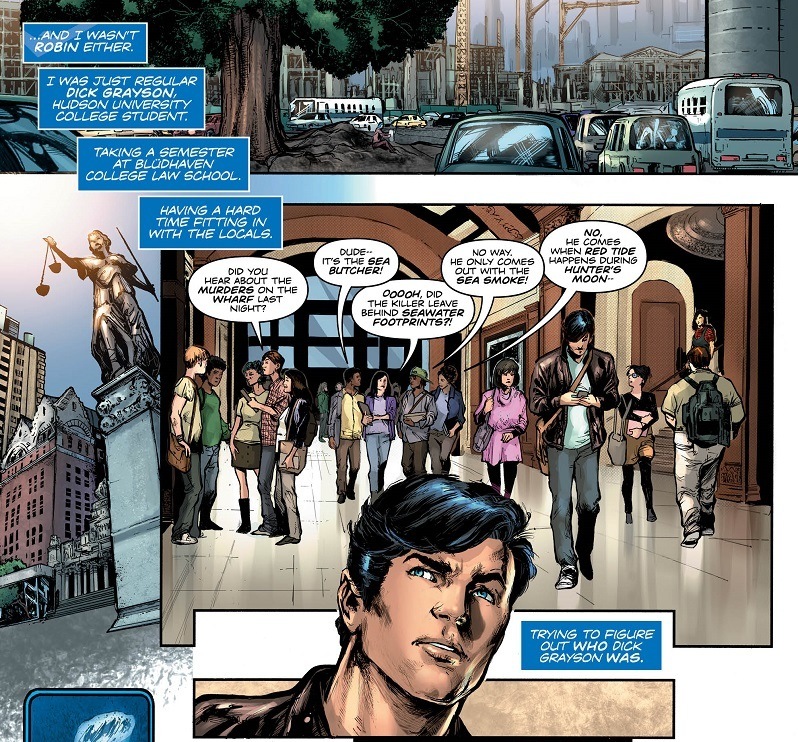 Perhaps The Untouchable is a story arc that’s a bit too ambitious for its own good; the creation of a new villain while expanding on unexplored parts of Dick Grayson’s past as it connects to aforementioned villain and setting it in a modernized Blüdhaven. With all the elements finally coalescing, I’m happy that I don’t know what’s going to happen next now that I have all the flashbacks in context.