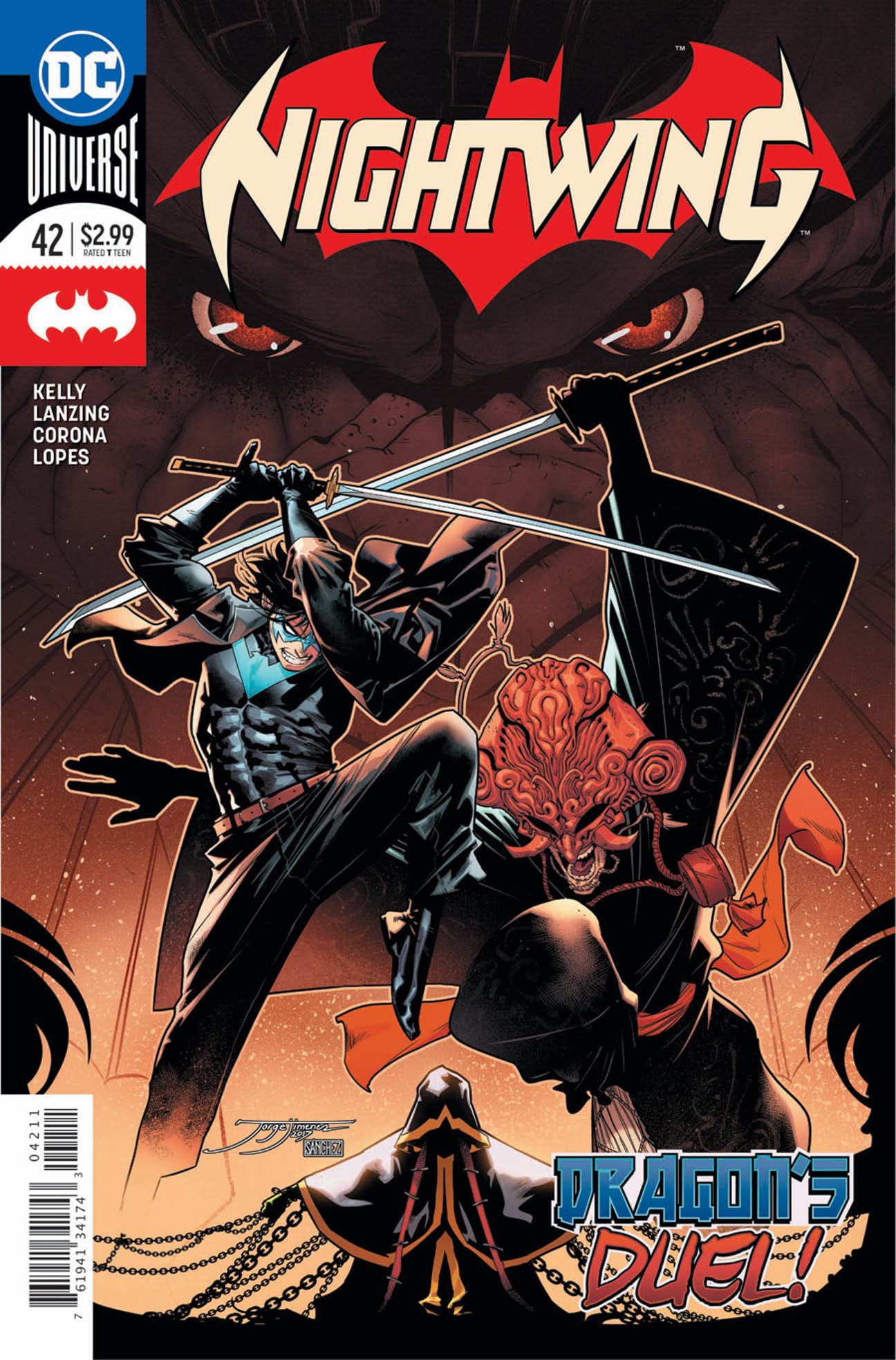 The first page of Nightwing #42 feels like a mix between a Quentin Tarantino film and your typical Yakuza film, which is to say it feels very much like Kill Bill and your preferences for that particular style of narrative and action is going to dictate how much you like the issue.

The premise is simple enough. Damian gets kidnapped in Japan, Nightwing steps in as a big brother and proceeds to take on the Yakuza single handed as narration provides a colorful insight into the fight scenes on the panels. It’s as straightforward of a story and it is kind of welcome after the last drawn out arc.

For me personally, I rolled my eyes at the premise but gradually found myself smiling. Corona’s art is solid all around. It perfectly mimics aforementioned Tarantino film and the action sequences are quite breathtaking and Lopes’ colors are every bit as dynamic and cinematic. As ridiculous as some of the dialogue in the opening sequence was, Lanzing and Kelly ended up quickly veering from absurd one-liners like ”… I was here on vacation.” to solemn narration that layered in a lot of interesting stories. 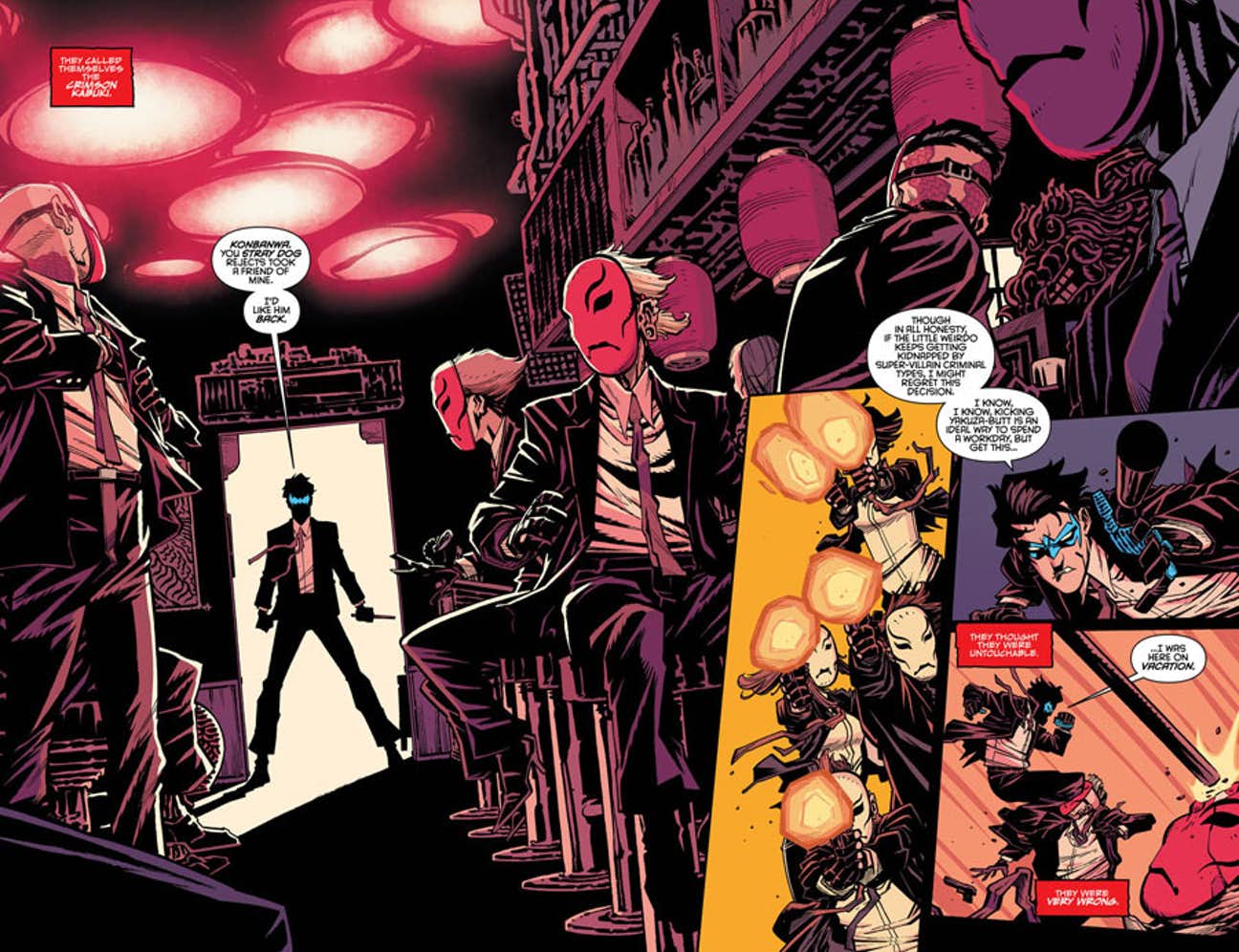 Lanzing and Kelly also get credit for layering in lessons about Japanese culture that actually contributed and built up the narrative. So often, we see stories that simply use the quote-unquote exotic locale without every really justifying it. Here, the Crimson Kabuki are not just generic Yakuza. They are myths, culture, and ritual that draw inspiration from the real world and integrates them in a meaningful matter, although there is something to be said about having Nightwing, ostensibly a white man, beating up Yakuza and how familiar this premise is beginning to sound.

But all in all, it told a fun, off-beat one-of story and it did it well. If nothing else, Nightwing #42 has made me that much more excited for the upcoming release of Batman Ninja, and I can be thankful for that.

8 “Shots Missed by Yakuza Henchmen” out of 10
Reading Nightwing?Find BNP’s other reviews of the series here.