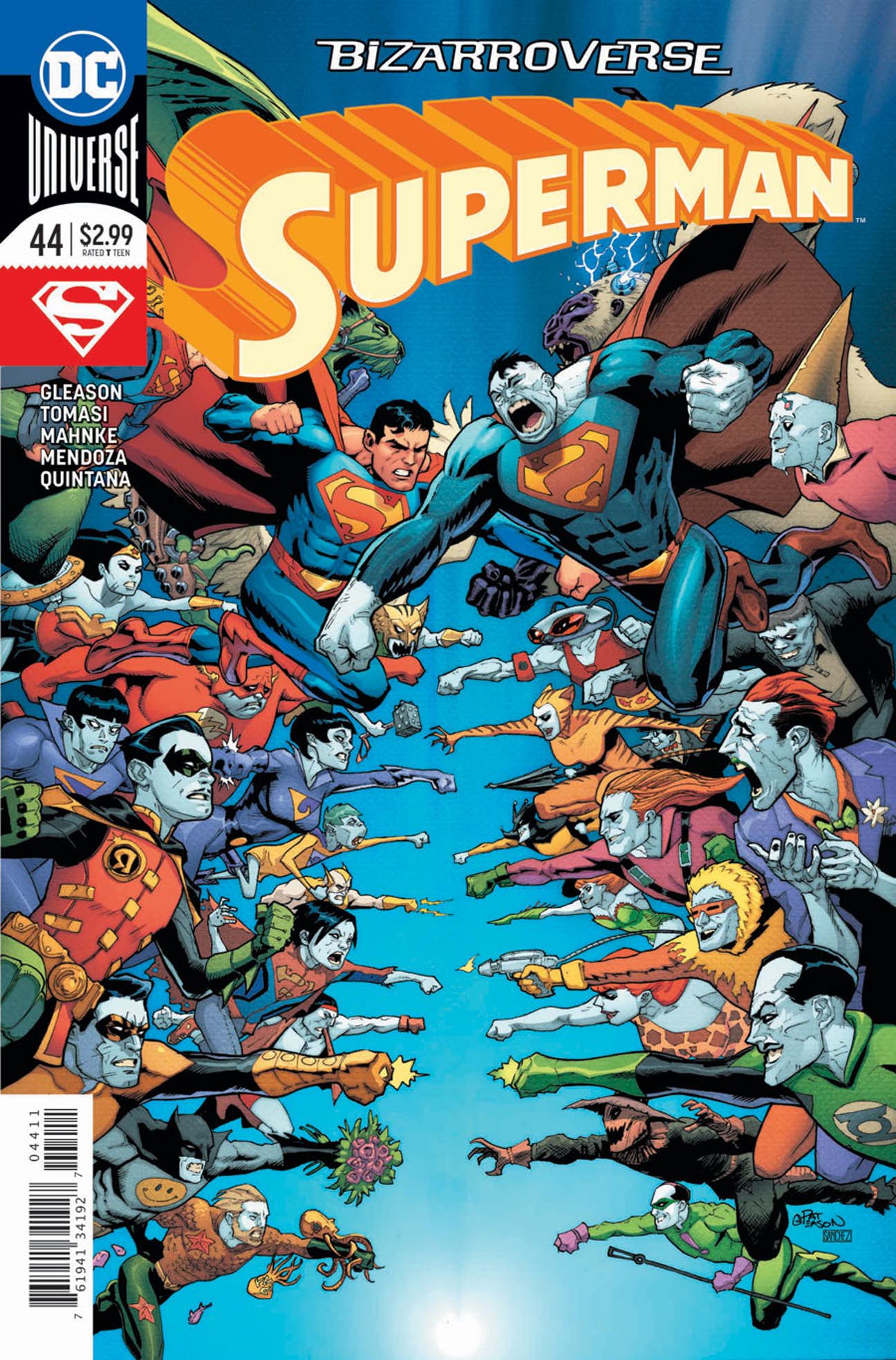 In my opinion, every great Superman story starts with a simple underlying premise: the central conflict cannot be solved by the myriad of powers that Superman has at his disposal. Rather, it has to be solved by the incredible humanity of the Kryptonian raised in Kansas. It might seem odd to put Bizarroverse on the same list as Kingdom Come, For the Man Who Has Everything, and Superman for All Seasons, but the truth is Gleason and Tomasi are using their last arc to delve deep into the very core of Superman. The Bizarroverse as a storytelling mechanism raises a mirror on all the developments we’ve seen with the Kent boys over the better part of two years and gives us a chance to reflect on them. 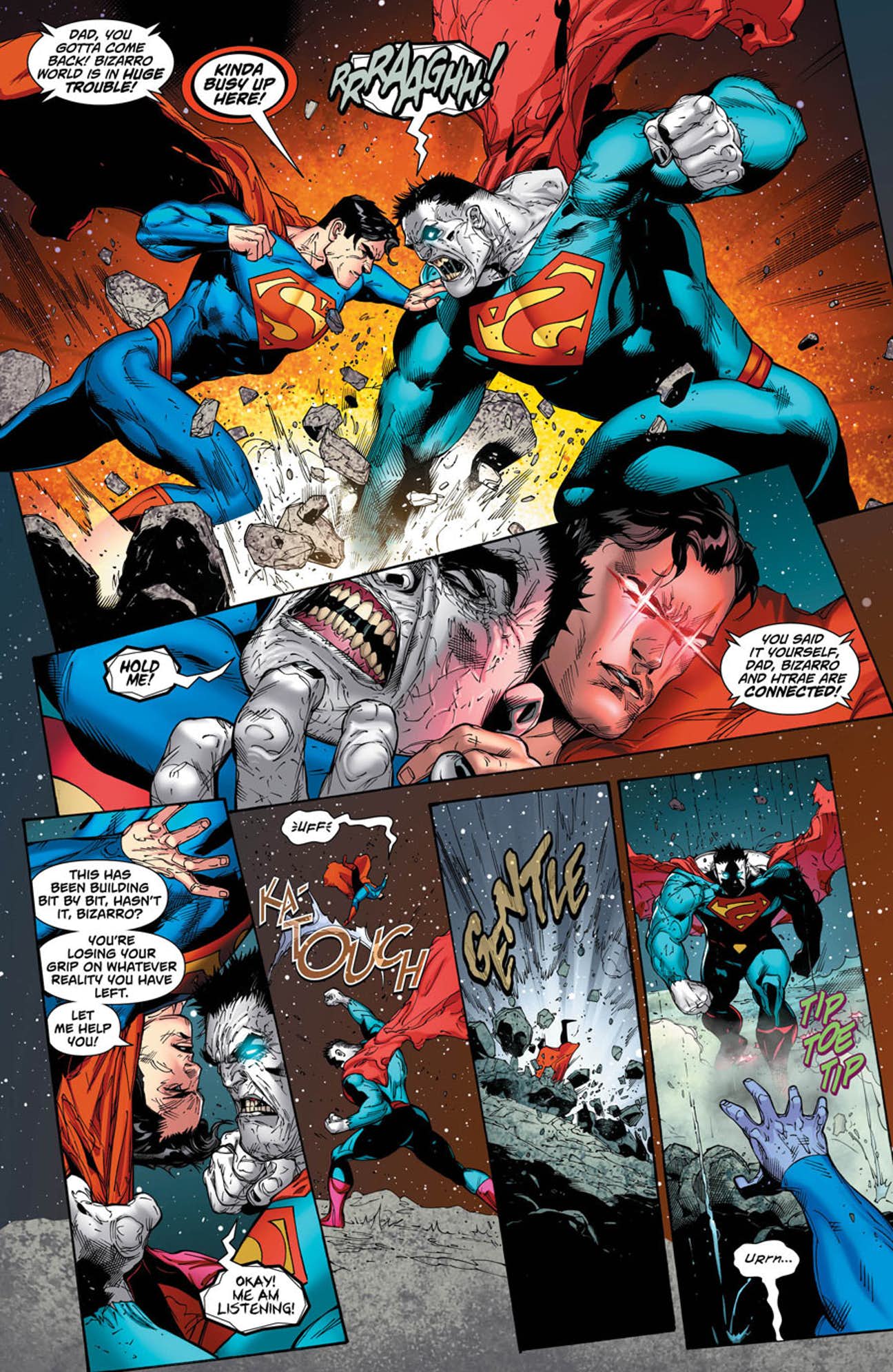 We first get a glimpse of Htrae, a cubical planet that is every bit as odd as a world full of Bizarro-like beings should be. Jon and his compatriots are on the ground at the Bizarranch, Superman and Bizarro are battling it out on the Noom. It is the climactic set up we deserve, and Mahnke and Mendoza absolutely deliver on the stunning visuals. The clash of the two titans is a visual spectacle with iconic panels that showcase the power of both Superman and Bizarro. Not to outdo themselves, the scenes Bizarroranch is not nearly as kinetic but captures the panicked tone of Jon and friends as well as some great comedic moments. Plus the character designs for the Legion of Fun are perfect.

The remainder of the story continually escalates, where I continue to laugh at the increasingly bizarre situation the cast finds themselves until the final pages, where I found myself biting my tongue at the gut punch of a conclusion. Gleason and Tomasi leverage this concept brilliantly, and at times gets a little too clever with the dialog which is honestly the only complaint I have.

Superman #44 is the penultimate issue of Gleason and Tomasi’s run with the Superfamily. The entire Superman: Rebirth has been some of the finest storytelling that DC Comics has produced, you owe it to yourself to pick up a copy.

9.8 “Peaceful Talks on the Noom” out of 10
Reading Superman?Find BNP’s coverage of the Man of Steel here.