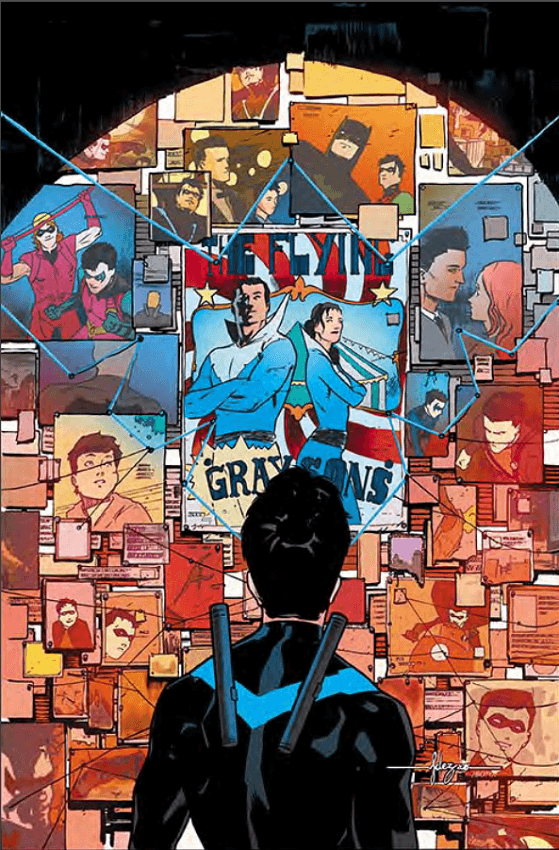 After the brief interjection of the Monster in Gotham crossover, we’re back to Nightwing’s story arc as his, as Damian put it, overly trusting self, came back to bite him. Shown that the Raptor actually didn’t have Grayson’s best interest in mind with a double-cross planned, we do learn this issue that he’s had Grayson himself in mind for quite a while. This arc seems to be all about uncovering who exactly Raptor is and what his connection is to Grayson’s mother. We’ve seen breadcrumbs before about his interest in Grayson’s backstory, but it seems that he may very well be part of it.

Of course, this issue becomes bigger than just Nightwing as other members of the family get drawn into the Raptor’s ire and Nightwing will have to deal with putting other folks in danger. Raptor is especially terrifying in this run so far, but I do wonder what happened to the mysticism he was introduced with. Was it all for show before or has Seeley just abandoned that part of his story? 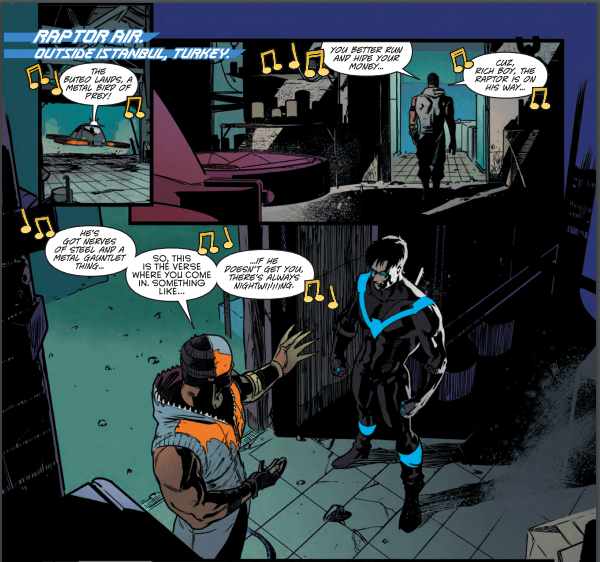 The art works on most levels for this book as well. Drawing Nightwing means you better be strong in kinetic movements and Hernandez handles this well in short bursts. The interiors don’t always match the quality of the more open arena builds that Nightwing produces, but all in all, it’s a good looking book.

We get back to the Raptor story line with Nightwing after the briefest of hiatus. But the claw is back and he holds court over this book in a mesmerizing way.