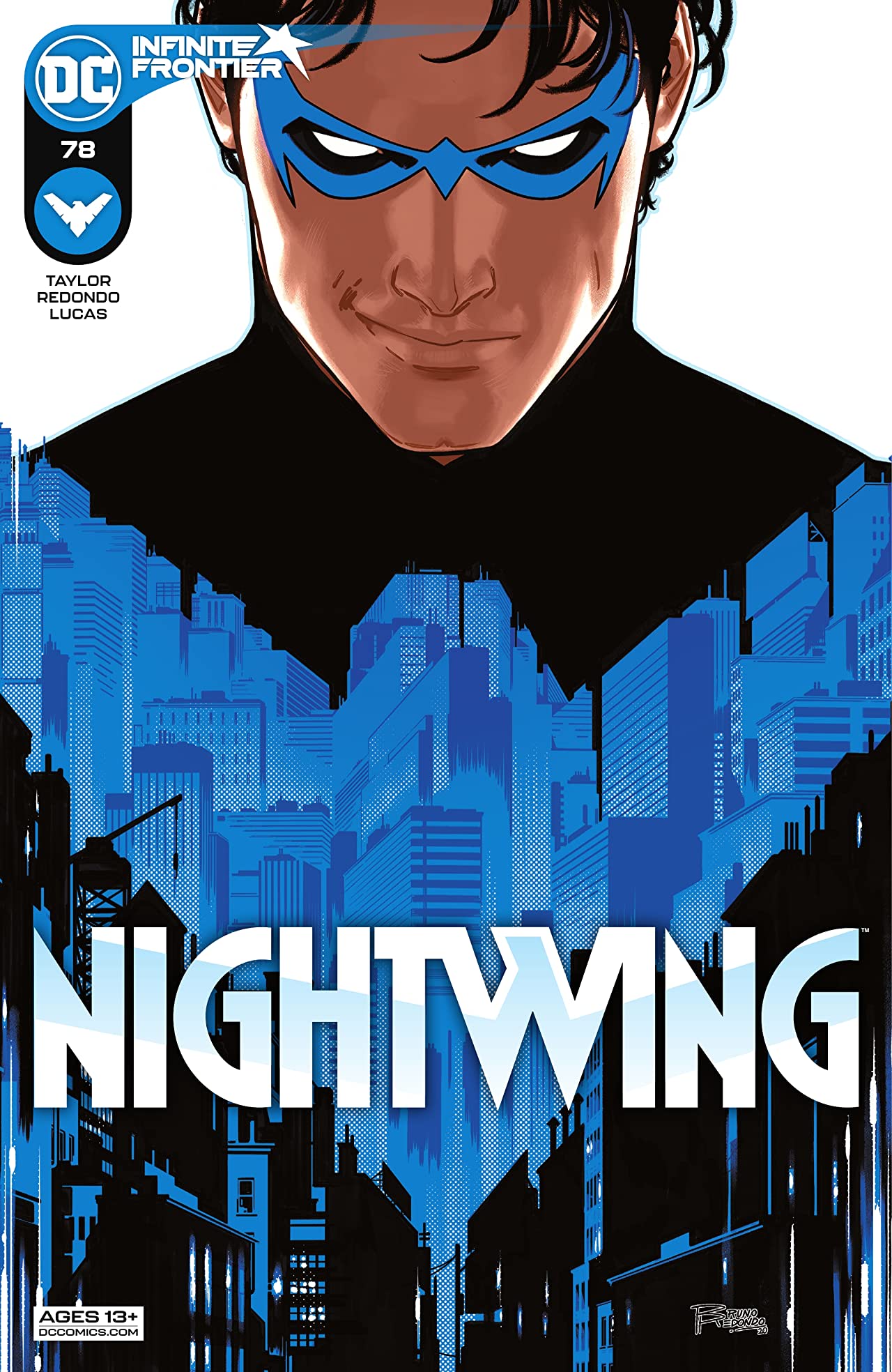 That’s why this Nightwing book hasn’t started over at #1 even though it has a new creative team.

In this new run by Tom Taylor and Bruno Redondo, Nightwing is back in Blüdhaven to shine some light on the dim and dingy city.

This issue was a reintroduction to Nightwing after he regained his memories and to Blüdhaven after being gone for so long.

As stated in the issue by some narration by Nightwing, Blüdhaven is a cruel city. And cruelty breeds more cruelty. Taylor masterfully played out that lesson time and time again throughout the issue.

But though the city might be cruel, Nightwing is an agent of compassion, and if anyone can do some good in this here, it’s him.

But he’s got his work cut out for him. Blüdhaven’s biggest crime boss and giant Steven Segal cosplayer Blockbuster is still running the city, and he just appointed the daughter of Tony Zucco as the new mayor by crushing the previous one with his left hand.

Nightwing is really going to be tested before he can make a difference. And I’m here for it.

Bruno Redondo brings something special on art duties, and I’m so glad he’s attached to this book. Speaking of compassion, Redondo has the ability to balance that with some of the cruelty of the action scenes and grim backdrop of Blühaven. My guy has that varied style, and this book is better for it. Shoutout to Adriano Lucas on colors as well. The vibrancy of those hues bring the city alive in a way that makes me want to book a flight to the city as soon as the pandemic is over.

This is set up to be an all-time run if you ask me. Taylor and Redondo are two of the best talents in comics, and Nightwing is a fan favorite who needs a little TLC. I’m so excited to see where this story goes.