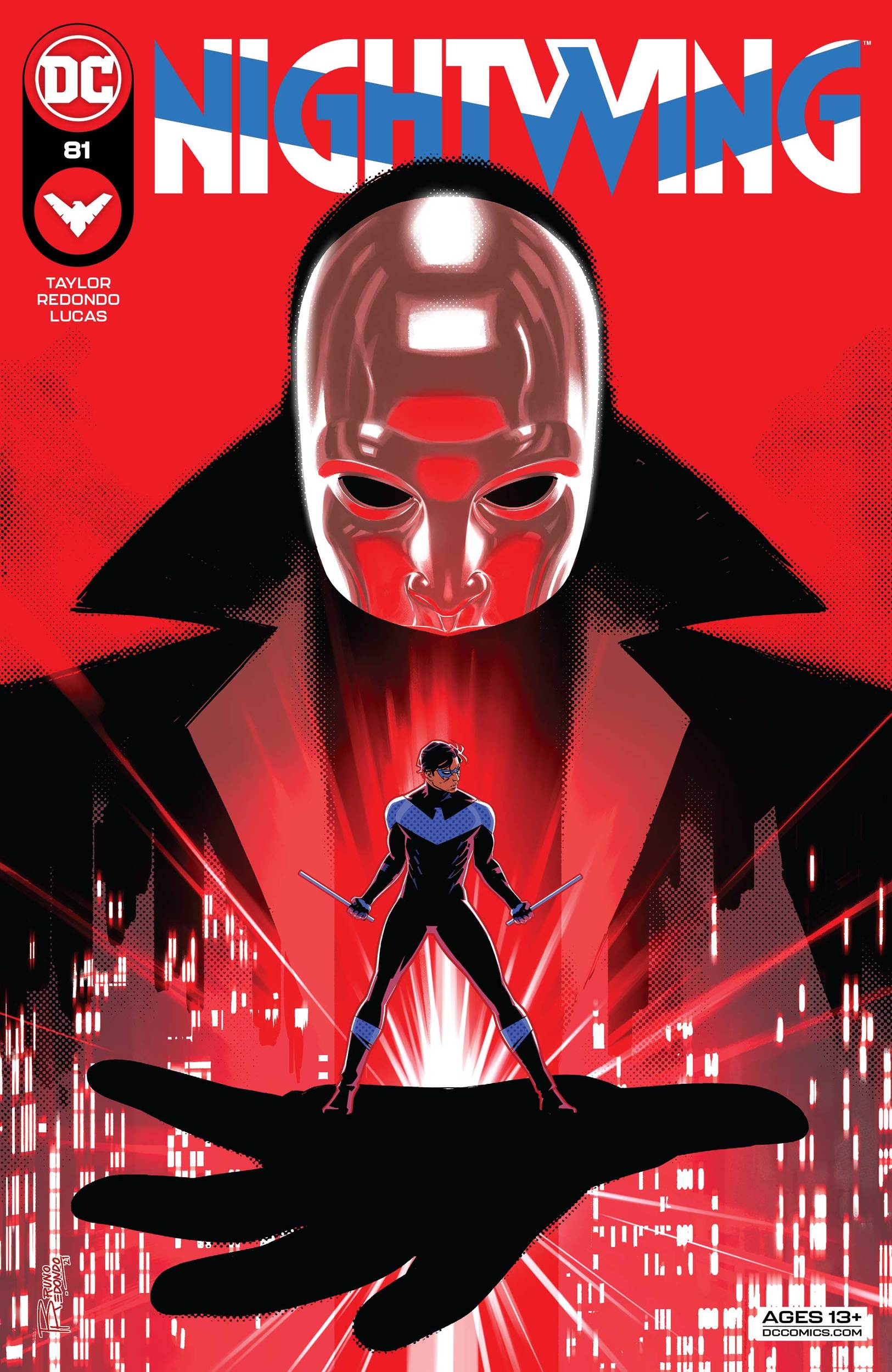 Heart, heat, and hands. That’s the formula that I discussed in last issue’s review that seems to be the foundation of this series. Nightwing #81? We get the three H’s in spades.

For starters, this issue is VERY hot. And that has nothing to do with Nightwing’s ass for once. Usually when I’m talking about heat, I’m speaking from a broader perspective, like maybe Dick is spewing hot fire at some goons with his witty banter. But in Nightwing #81, the heat is literal. In the middle of his fight with Heartless, the new villain blows up the pier, stranding a bunch of already houseless kids on a deck of wood about to spill into the ocean.

That’s where the heart comes in. Nightwing puts out a distress call to any boats that can come and help these kids before they sink into the ocean and likely drown. There’s silence for a beat, and then boom, hella boats come to save the day. Seems like Blüdhaven isn’t too bad when you give its people the agency to do some good. Yeah, I feel that warmth in my heart too. I know Nightwing was proud.

The hands come from Nightwing’s fight with Heartless. Though brief, he’s quickly shown us all that he’s not anyone to mess with. My guy Dick threw his escrima stick with the conviction of a six-time Super Bowl winning quarterback right at Heartless’ head. It was right on the money, but this man grabbed it as it was inches away from knocking him out. That’s some true hands right there. And I gained his respect. We still don’t know who this guy is or what he really wants, but at least we know the dude has got the hands to make his plans come to fruition, and as a fan, I’m here for the badassery.

There’s some more heavy heart stuff in this Nightwing #81, but I’m not gonna spoil it here. I’ll save that for you when you read the actual book. Be ready, though. Long time Nightwing fans are gonna feel some type of way.

10 Superhero Concussions out of 10