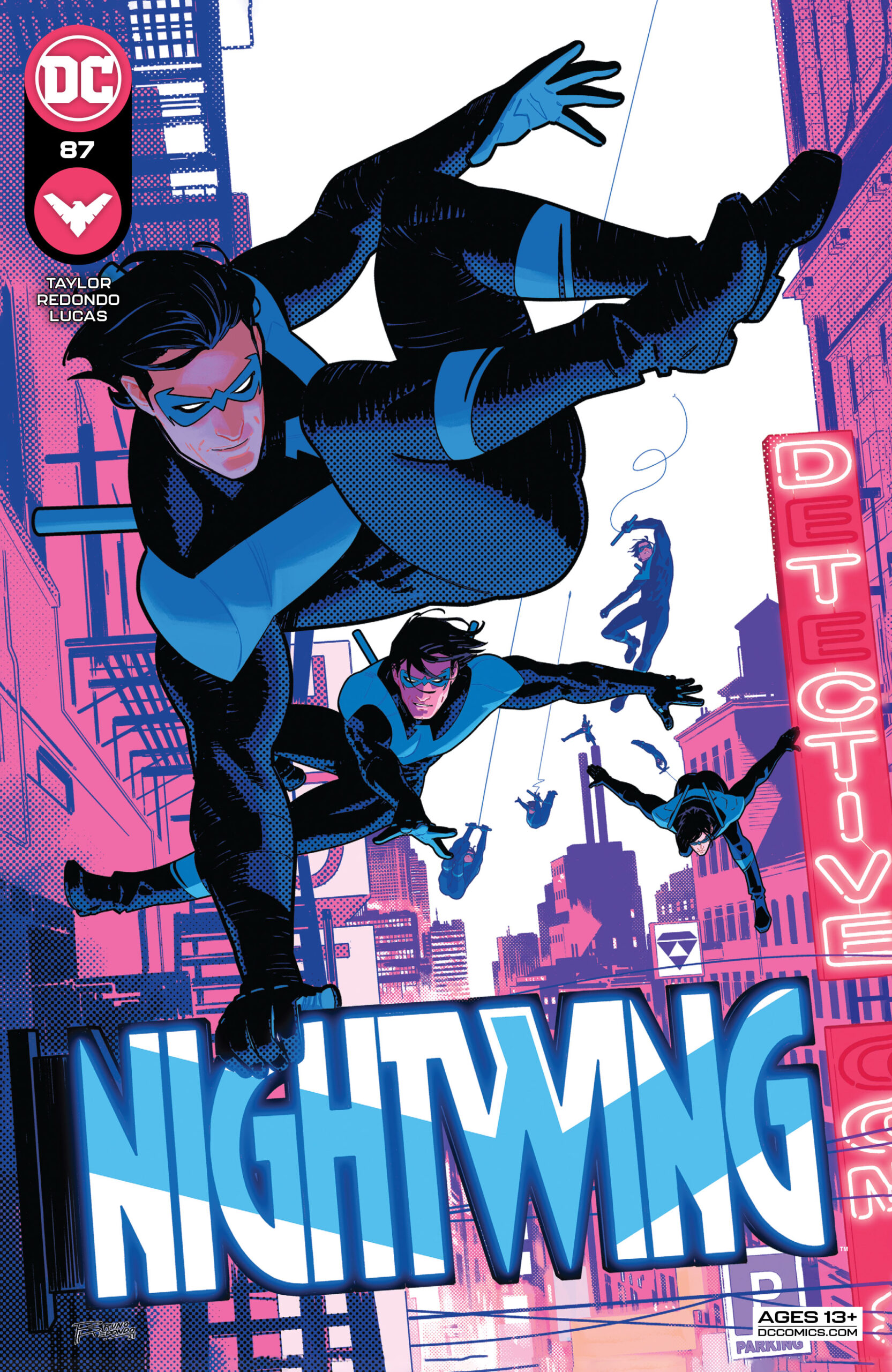 Nightwing is back! And it’s bringing that signature heart, heat, and hands. The creative team came through with downright lighter fluid to remind us why this is the best mainstream book out right now. I’m shaking with excitement, bro.

The story in Nightwing #87 is simple. Off the heels of Dick Grayson announcing his intent to use his money to bring Blüdhaven out of its corruption, someone puts a ten million dollar hit on his head, and they go to his house to dog nap his dog Haley, aka Bitewing. Dick must then dodge the goons trying to take his head off and save his dog from the clutches of money-hungry criminals. Simple enough, right?

Well, the story was illustrated in one of the most unique ways that I’ve ever seen. The entire issue is one continuous image. You know that signature Nightwing thing where the artist uses the space of the page to move Nightwing through the action, using multiple drawings of the character to convey movement? Well, this entire issue is that. I don’t know if there’s a word for it, so it’s a bit hard to explain. But basically, the entire issue is moving forward from left to right, with Nightwing moving through the action in a way that feels like real-time. It’s absolutely brilliant.

He swings from building to building, fights through an apartment, and zooms through the city on a motorcycle, just to name a few things.

Seeing the art conveyed in this way, for as long as it is, makes Blüdhaven, and the action that Nightwing fights through, feel like a three-dimensional space that we can enter. It’s pushing the boundaries of the medium. Comics usually rely on gutters to convey the passage of time between each panel, but there are no gutters in this issue, at least not visible ones. Yet, our minds are still able to decipher what’s going on. And that’s a testament to Redondo’s intentional illustrations. You’re never confused. Give this man his flowers now! An Eisner, too.

I could talk about Nightwing #87 forever, but I have a word count to attend to, so I’ll just leave it at this: Tom Taylor and Bruno Redondo are both denoted as storytellers in this issue, not writer & artist. Because something as ambitious as this blurs the line between those defined roles, and I think that’s both beautiful and inspiring. Damn, now I’m crying.

Go buy this book! Even if you don’t read this series. This is a masterclass of storytelling.